Set atop Mayrehofen’s Ahorn mountain, the Smirnoff Arctic Disco at Snowbombing is truly a venue that needs to be seen to be believed.

6,000 feet above sea level, with the stars as your canvas and the world’s greatest DJs in tow, the Arctic Disco gives 300 of Snowbombing’s lucky ticket holders an opportunity to party at the top of the world. Part artist who have donned their ski caps and winter jackets for the frozen fiesta have been Carl Cox, Nina Kraviz, and Jackmaster, with 2017’s lineup having just been announced.

As you can see below, there will be 4 diverse dates. Beginning 2 April with Peep Show’s DJ Super Hans before Claude vonStroke and Disciples do their thing on 5 April. On 6 April, it will be Gorgon City and Redlight, with a very special DJ Yoda hip-hop set rounding things out on 8 April. 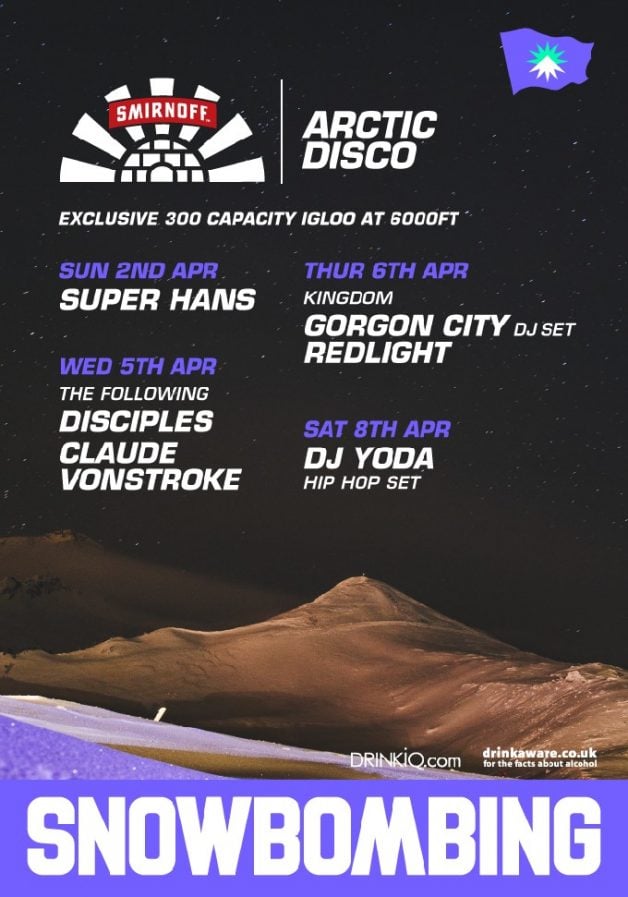