YokoO is no stranger to house music in its deepest, most spiritual forms.

He has released on highly regarded labels such as All Day I Dream, Musik Gewinnt Freunde, Kindisch, Get Physical, Moodmusic and Plastic City, turning the heads of artists such as Kollektiv Turmstrasse, Matthew Dekay and Lee Burridge. As a DJ, he embraces the dance floor with a dynamic and honest approach.

Next month, YokoO will return to the sunny beaches of St. Martin and re join the SXM Festival ranks. Here to give you an insight into his world is YokoO telling us about his experiences at the festival last year, his multicultural approach to DJing and production, as well as Amsterdam’s newly thriving spiritual house scene, and more.”

“In the end, it is not about looking for the perfect scenery or an ever changing horizon, all it takes for one to see the beauty all around is to be present.”

This March you’ll be down in St Martin for SXM Festival. What are your impressions of the island as a destination of electronic music?
It is refreshing. I see SXM as a nice addition to the industry’s yearly festival schedule. I am not very familiar with the island, but St Martin is in the Caribbean. It rhymes with crystal clear water, beach and sunshine. Such scenery combined with one of the most comprehensive line-ups there is [for this particular kind of music] definitely will not hurt anyone.

It will be your second time in two years at the event. Tell us a little about your experiences last year? What were your favorite parts? Did you get to chill at all or were you in and out for the gig?
I only recall spending two nights on the island. I arrived late in the day Saturday, relatively tired from a gig the night before in Boston. Knowing I was playing sunrise after Lee the day after, I relaxed at the hotel. I slept until about 5am, had a quick breakfast and raced to the party to catch the end of Lee’s set just before jumping on myself. That was at Layla’s Beach Club. It was raining a little at first but everyone was in full party mode. The sky cleared towards the end of Lee’s set. It was AMAZING and one of the parties people talked about the most post festival.

A group of us went back to the hotel and hung by the pool after the party ended. I could have attended another show that night but chose to stay in, in order to check out a beach nearby the following morning before flying out to Miami. It all happened quite fast, and there unfortunately was no time for any further exploring.

I will spend at least five nights on the island this year and will definitely take my time to sightsee besides the couple of shows I am playing.

Since SXM Festival is a bot a month away, it can be considered a “kick off” for a wider international festival scene. I’m sure you have several dates around the world planned already; so which ones are you particularly looking forward to?
Does the festival season ever end? It’s always summer somewhere!

There’s a few right now – SXM of course, WMC in the US, Sand Box in Egypt, Sonar/Off Sonar in Spain, Moga in Morocco, Tomorrow Land and Paradise City in Belgium, Piknic Elektronic in Canada, Burning Man in the USA, Isle 9 in Hawaii – and certainly more to be added. 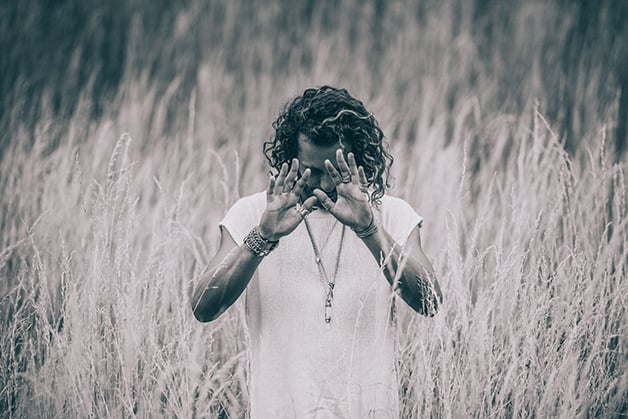 Are there consistent dates each year that you know you will attend?
I’d like to think of Burning Man as a yearly adventure. WMC is one, although I am not sure how its future is looking. SXM could definitely be one of them too, potentially replacing BPM following the tragic incidents that took place a few weeks ago. I am very likely to be found in Ibiza every summer from now on, Mykonos too.

Recently you were in Amsterdam kicking off the Gardens of Babylon concept. How did you see that event, especially given the communal nature of its audience/artist participation?
It was purely magical. I instantly bonded with the promoter as we met and felt only positive energy. The girl in charge of the event are very passionate and dedicated to doing something good. They are switched on and experienced. I knew the night was going to be a success based on that. I got given the opportunity to play for 5 hours, which meant a lot to me. Everyone was smiling, dancing, and sharing good vibes. I remember the room being full until the end. It felt like a big family.

Speaking of Amsterdam, did you get some time (or have you in the past) explored the city? If so, what are some non-nightlife activities/places you enjoy?
I have now played in Amsterdam three times. The atmosphere was always spot-on. People are just so nice in Holland. I truly love this place. It was only upon my last visit (during ADE) that I stayed an extra day to walk around the city. It was my birthday actually. My experience was beautifully romantic. I wandered around the charming streets of the town center, daydreaming as I do, admiring the architecture. I stopped at a cute little café by the water – had some cheese and wine, checked out the red light district, and inevitably visited one of Amsterdam’s notorious coffee shops, bought a joint, had an amazing diner in a Moroccan restaurant and finally got stoned. I laughed a lot. I felt safe and at peace there. I remember saying to myself “I could easily live here someday”.

I’m wondering if you can speak a little of the wider cultural influences in your approach to music – when it comes to making music, what are the main things that have influenced you?
The music I play and produce is influenced by a universal culture, a culture without borders or separation. In essence, it all stems from LOVE.

We are all receptive to various frequencies, some more than others. But LOVE can reach everyone. It may sound corny but if you stop thinking about it for a second and FEEL it instead, you may just understand. My approach to music is set with this powerful intention, and reaches souls accordingly. Music is my chosen means to connect with people, as well as radiate healing energy to help lift their spirits.

Speaking of cultural influences, I am sure you have traveled the world a few times over in your career? Speaking as a person and world citizen, and not as an artist, what are some of your favorite places to visit? Why? Which do you find the most inspiring? The most beautiful?
I have indeed, but am far from having it all covered. I am yet to visit many places around the globe. I always find it difficult to answer such a question because I pretty much feel connected to most places I go to. There is always something, or someone that resonates with me. In the end, it is not about looking for the perfect scenery or an ever changing horizon, all it takes for one to see the beauty all around is to be present. 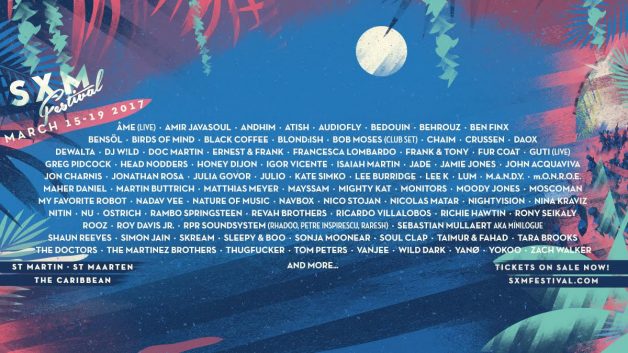