>SXMusic is a brand new, boutique electronic music festival set to unfold in March 2016 on the beautiful Caribbean island of St. Martin.

The term SXMusic derives from St Martin’s three letter airport code SXM. A destination for aviation aficionados, the airport is renowned for insane landings and take-offs – and during the festival, planes will thunder towards touch-down just meters above revellers’ heads.

The talent is encouraged to stay for the whole week, creating a friendly, community vibe where DJs mix with fans in a holiday atmosphere. And as we are spending a week in paradise, who better to lead this roster than Hot Creations and Paradise main man, Jamie Jones. He will be joined by SCI+TEC boss Dubire and Life And Death chief DJ Tennis and one of the key label acts, Thugfucker, will bring a noir edge to proceedings, while acclaimed selector and producer Lee Burridge will provide some ethereal All Day I Dream magic with one of his infamous extended sets. 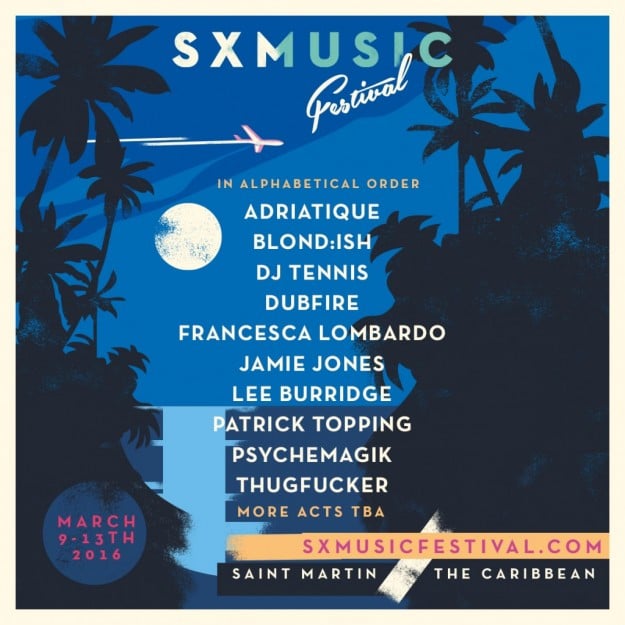