Techno in China, where to begin! The genre is globally widespread as we all know, even in the far reaches of the biggest country of the world: The People’s Republic of China. Although the scene is by far not as developed as it is here, it is growing and expanding evermore. Here’s a look into the current state of affairs of house music in China.

This year, spring 2016 I did a second China DJ tour. I visited Hong Kong and consequently played in Chengdu, Beijing, Shanghai, Chongqing, Kunming, Dali, Chengdu again and I ended with a show in Bangkok for a period of 5 weeks.

Three years ago I wrote my master thesis on electronic music in China. It brought me to a lot of cities in China and I graduated on the subject. Thus I thought it to be time after three years to reconnect with all the friends there to set up an official DJ tour.

So I took my telephone and contacted everybody again via WeChat, the Chinese Whatsapp, to see what we could arrange. In a short matter of time we confirmed the first bookings and geared up the tour schedule. Interesting thing is that only one booking got confirmed via email, the rest was all WeChat (imagine that to get a booking at Awakenings ;)).

Off I went, first a week of holiday in Hong Kong where big boss Jeremy Cheung led me around one night and showed me club OMA, the best known spot for House and Techno in the city, programmed by Taku Hirayama. The club is situated just outside Wyndham Street, one of the main areas for clubs in Hong Kong. Jeremy explained it is a difficult city for alternative electronic music. Since it is a financial city, most nightlife evolves around the type of need most people in financial services aspire: poppin’ bottles and mainstream music venues.

On to Chengdu, first show at club HereWeGo on the 21st floor of the Polycentre office building on Jinxu Lu(road) I shared the decks with DJ Wu and Felipe Zona. HereWeGo is a cool club where they program solid underground artists, from reggae to techno as well as the occasional international artist. Different local promoters throw parties there and when an international artist visits China the promoters are always in touch with each other to book the artist through. The Techno and Bass scene in Chengdu is really booming at the moment. Whereas three years ago there was almost nothing in the genre, Chengdu is the city to go to for the genres right now. Chinese techno pioneer Yang Bing claims, “At the moment, Chengdu is the techno capital of China.” 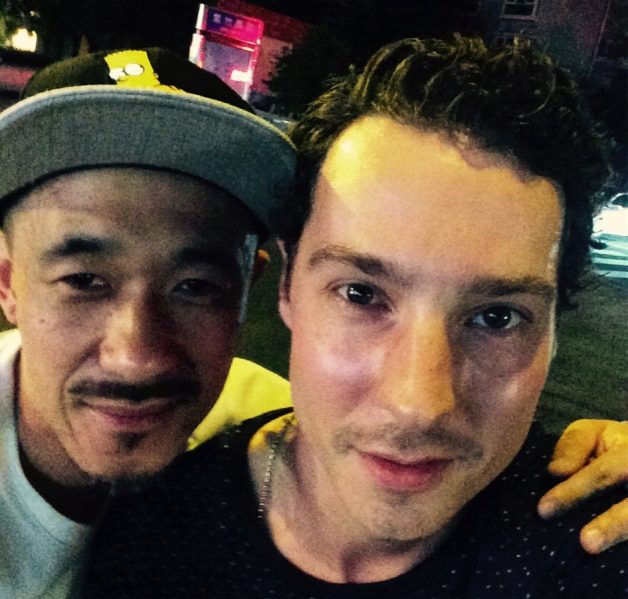 Yang Bing & me in Chengdu

Three years ago Beijing was the place to be for underground electronic music; lots of clubs and enthusiasts back then. People even quoted it the ‘Berlin’ of China. Unfortunately, the government put a solid mark on the Techno scene and is very much in control, watching it like big brother. Strange, because the mainstream club scene is thriving in the city, flying in big EDM names all the time. What’s left of the techno scene now are:

Club Lantern, China’s number one techno spot, owned and run by WengWeng. The most renowned venue for the genre with a very large hall of fame of artists that have guest performed at the club. From Secret Cinema to Ken Ishii and from FJAAK to Ramon Tapia.

As well as the INTRO festival that held its 8th edition this year the 28 of May 2016. The first electronic music only festival from Beijing.

At club Lantern I shared the decks with DJ Kaize, an East Coast deep house style deejay from Beijing and trying to make a difference with his new fold electro pop act Hielektromen.

Even though the city is still home to the true Techno pioneers of China, many techno heads left the city because of better living conditions in different areas.

When talking about the first wave of techno DJs from China we can identify Yang Bing, Mickey Zhang, WengWeng, Elvis T and Ben Huang as the front runners: all five still unabatedly active in the country, non-stop flying around for the weekends and hosting their concept nights. Also BB Deng is one of the long lasting solid female DJs and pushers of the scene in Beijing.

The pity part in this is that they are – despite their pioneer status in China – rather unknown in the West. Why? Firstly because of the “Great Firewall” locking out Soundcloud, Facebook, Twitter, Youtube, Instagram and all major Western social media channels (VPN use is widespread but the internet is slow and your average electronic music listener is not going through the trouble of listening to Soundcloud via VPN.) And secondly because of the rather young scene, “it only started developing around 1996 when some international students started throwing parties in a place called Keep in Touch.” WengWeng once said in an interview in 2013.

Former Acupuncture Records, now named DOT Records put a big stamp on the expansion of the scene since beginning of the 00’s being China’s first real techno label and being the first group of promoters to organise the famous INTRO Festival, a festival solely focussed on electronic music.

At this moment, the artists that make a difference next to the above named in Beijing are SHAO, Howie Lee, Pancake Lee, NiChiFanLeMei and of course, House Music maestro KAIZE! 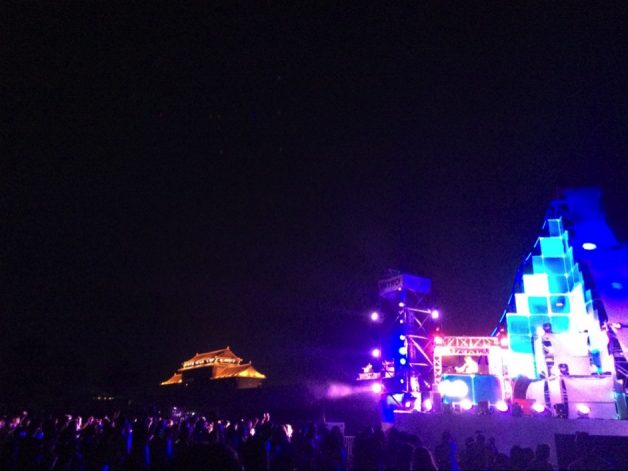