This is one of those end of year lists that may not conveniently fit in any singular category. The following ten events, in our opinion, highlighted this year in dance music, each representing a different aspect of what we hope to provide you: a broad spectrum of what underground dance music culture is, what it symbolizes, and what it is capable of. From micro to macro, local to global, our list is not a real ranking of sorts (yes, it is numbered…a formality really, aside from the overwhelming importance of the top spot). From the lifting of antiquated laws to the stimulation of social conversation; from happenings in our own hometown to the prohibitory legislations a world away, 2015 has been nothing short of fascinating in its diversity.

Sure, we cannot highlight everything or else we may still be reading at this time next year, so with respect to topics like: The difficult year Soundcloud had; the USA and Australia’s consistent issues with clubbing fatalities; the dance industry’s embracement of refugee awareness, Aphex Twin’s inconceivable Grammy triumph; the rise of the boutique festival, the ever expanding reach of the corporate festival; game changing technology like STEMS, and antics from some of dance music’s most polarizing figures, we present the ten biggest surprises, scandals, and moments that was 2015 in dance.

With Australia being a huge destination for the International dance music community, the recent government induced lock out laws may prove to be a crushing blow to the city’s nightlife industry. Aimed at curbing alcohol related violence, the laws, which have already gone into effect, are far reaching, and come with strict punishment for offenders. Alcohol sales will cease at 10pm, alongside 1:30am lockouts and 3am last service at hotels, nightclubs, karaoke bars, and registered clubs. Penalties for violations stems from 48 hour establishment bans to liquor license revocation to $11,000 fines and year long prison terms. Though the laws essentially affect a single region, it is the CBD Entertainment Precinct, where much of Sydney’s nightlife infrastructure is situated. The laws had been in place since 2014, but 2015 saw the laws strengthened and extended. 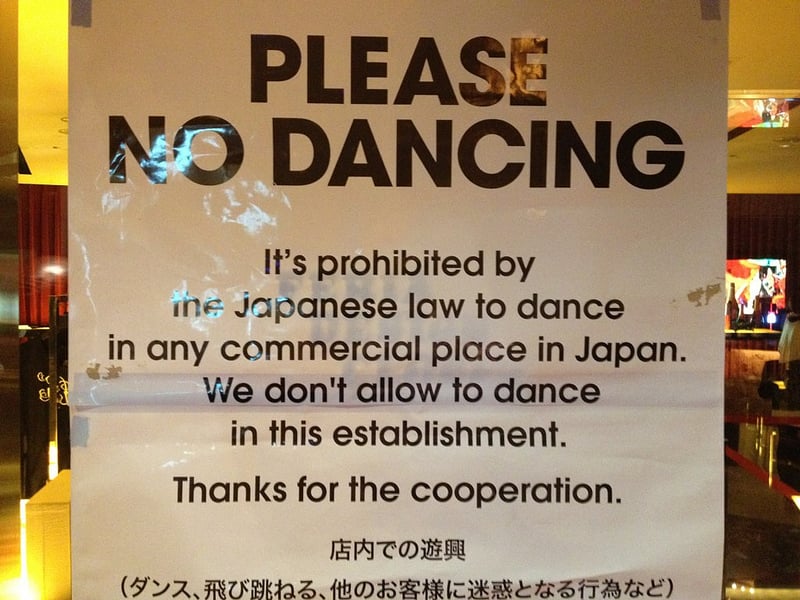 Implemented in 1948, Japan’s infamous Fueiho law, better known as the “no dancing” law, was finally repealed in 2015. With the Fueiho law, Japan had made no clear distinction between nightclubs and adult entertainment venues, where dancing is prohibited and for whom the law was meant to target. With this, clubs and clubbing became something of a grey area in Japanese culture as to what was and wasn’t allowed. Over the years since its implementation, many clubs had been pressured to close by various municipalities, even with the arrest of visitors as their dancing was, essentially, breaking the law. Now, and after a lengthy legal battle, and with the impending 2020 Olympic Games, the Japanese cabinet has officially overturned the antiquated legislation, but still with one caveat: venues will have to maintain a lighting of 10lux, roughly the equivalent of 10 lit candles. 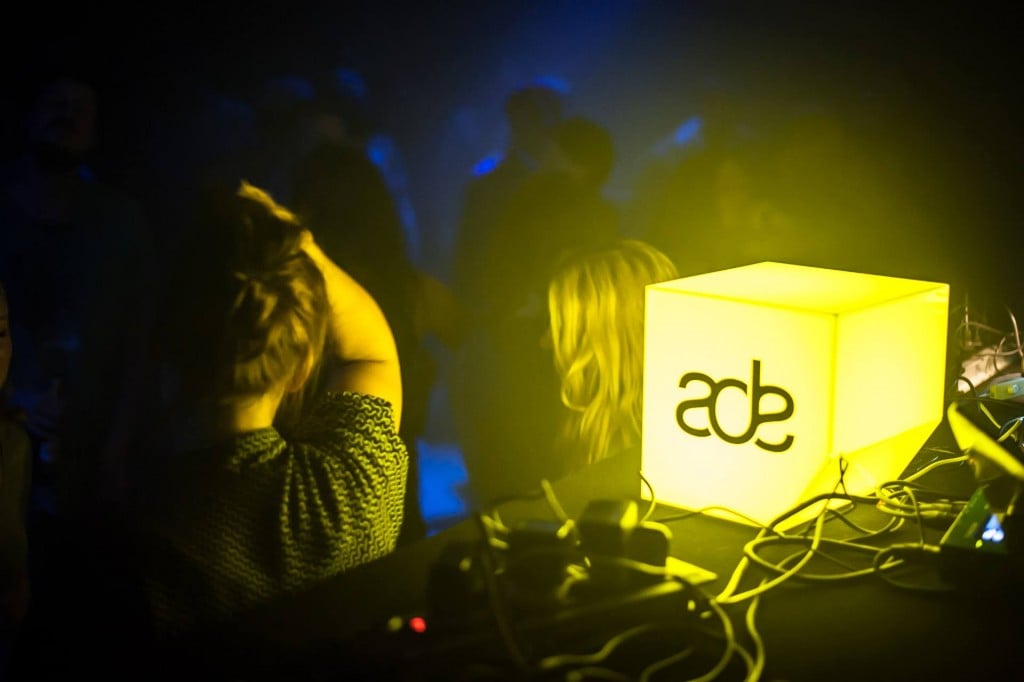 2015 saw the Amsterdam Dance Event celebrate two decades at the apex of the dance music industry conversation. The weeklong affair, which features workshops, exhibits, performances, and every one of the world’s best DJs spanning every genre you can imagine in every venue you can imagine, brings hundreds of millions of euros in economic stimulation to the city, while also boasting itself as the premiere annual destination for the savvy nightlife enthusiast, separating itself from the politics of Sonar or the glam of WMC/Ultra/MMW. 2015 also proved a big year for the event’s growth, both at home and abroad, with the additions of ADE Beats (for the hip hop, bass, and beat industry), another successful Aruba excursion, as well as the announcement of a 2016 global session in Mumbaisituating itself nicely as the world’s foremost electronic music destination in 2016 and for years to come. 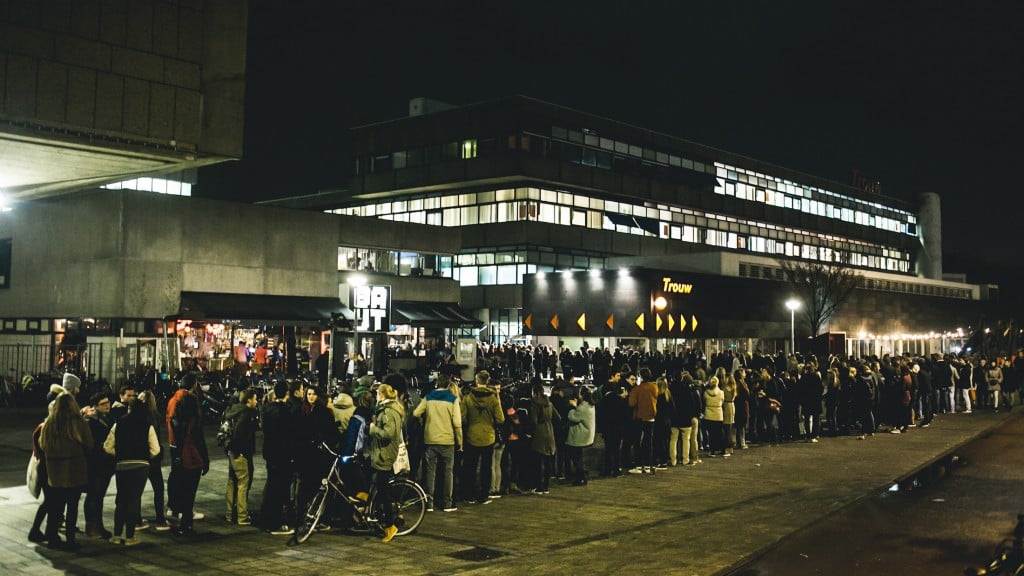 Amsterdam’s famed Trouw shut its doors in February of 2015 as something of a legend within the underground. Acting as The Netherlands’ Berghain rival, the club/performance space/restaurant/exhibit hall’s 5 year tenure was always known to be temporary, but the loss of the space was one that was felt far beyond the canals of its home city. In January 2016, however, the Trouw crew of Post CS BV returns, and will open the doors of their latest venture De School. With support from Trouw heavyweights like Tom Trago, Sandrien, Makam, Dekmantel Soundsystem, Job Jobse, Interstellar Funk, Robert Bergman and Young Marco, as well as loyal Trouw international Seth Troxler, the program has lined up Shanti Celeste, Peter Van Hoesen, Barnt, Konstantin, Kornél Kovács and DJ Sotofett for its first period. Armed with a 24 hour license and open 7 days a week, De School seems anxious to fill the void left by the untimely departure of its predecessor.

#6 ‘We Are Your Friends’ Becomes Historic Hollywood Flop

The late summer tale of a Los Angeles based DJ who aspires for all the button pushing glory EDM can provide was not just the passion project for its star Zac Efron, but also a new hope stemming out from Hollywood’s inherent need to utilize the massive American EDM scene on a new, visual medium. Well, with $1.8 million over 2000+ cinemas in its first weekend, the film din’t just go bust, it became a flop of historic proportions. Though its production budget was a modest $10-$15 million, ‘We Are Your Friends’ ultimately found itself in the same conversation as infamous flops ‘The Adventures of Pluto Nash’ and ‘Cutthroat Island’, dashing dreams of an EDM cinematic universe in the process.