Xergio Córdoba, a sound engineer from Spain, has recently patented a system utilizing psychoacoustics to allow venues the ability to boost volume while maintaining dBA. Called Masn´live©, the technology essentially acts as a processor that, once inserted into a sound system, allows you to enjoy music without breaking any of those pesky neighborhood noise complaints.

These days there are plenty of nightclubs forced to operate at insufficient sound levels for optimum performance, leaving sound quality severely impaired. mostly due to the inability to meet municipal regulations due to a variety of factors: poor soundproofing, inability to perform properly, impaired physical requirements; excessive costs of their implementation.

Masn´live© doubles the perception of loudness while maintaining the same level of dBs (dBA) that is limited locally. The perception of the volume is much higher, thus allowing the musical venue to perform activities optimally.  Masn´live© also eliminates low frequencies, replacing them with an “acoustic fingerprint” consisting of frequencies the ear perceives as bass.  Furthermore, Masn´live© acts as a live mastering service, enhancing DJ performances with a fuller and presence.

At its core, Masn´live© is a processor that is inserted into an existing audio chain on location. No amount of legwork is required since the management service in psychoacoustics does not depend on the physics of the sound wave but rather how the sound is perceived by humans.  The technology is “as much about the physical sound wave as it is about how the brain interprets the same soundwave. It’s pure psychoacoustics,” Córdoba recently told Vice.

At the moment, Masn´live© is is not sold commercially, except by direct order to EternalMidnight or participating dealers.

The system has already been tested by several prominent DJs, including Ellen Allien and Joris Voorn who tried it at Sonar, Laurent Garnier at La Riviera, Jamie Jones at Teatro Arteria in Barcelona, and Lee Foss at the Egg Club in London. 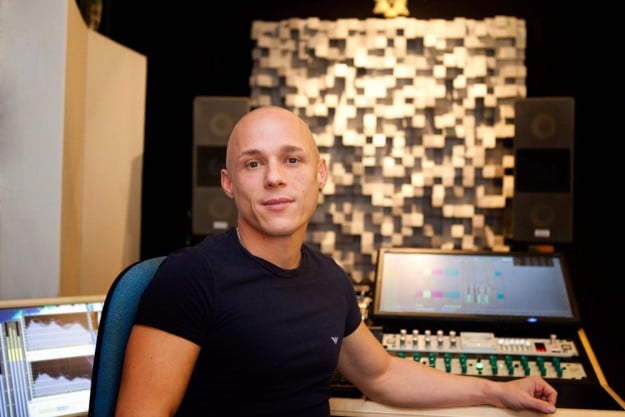 Dimensions: 2-3U 19” standard Rackmounth (depending of the site needs)

Read the Interview with Xergio Córdoba on Vice