The Hat is back in the picture once more. This time she tries a somewhat surprising tactic (one that seems to even surprise herself), asking Solomun to give her yet another hat. Solomun begrudgingly gives her his last hat. 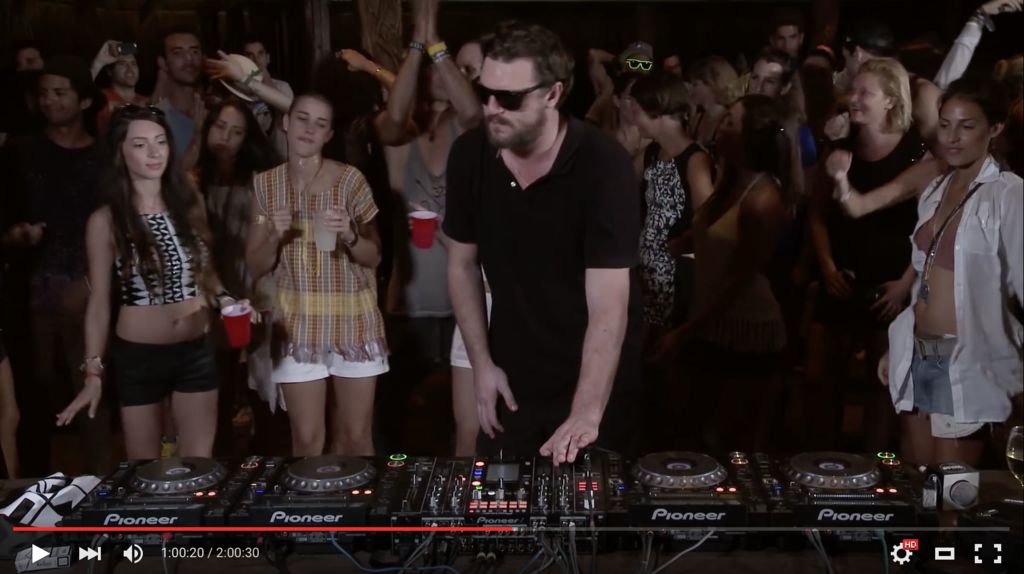 Act Four opens with a love story that mirrors the main narrative. As Triple Z notes “that girl with the curly hair at 1:09:00 DAMMMMMNNNNN” and then shortly after breakingbeatz spots “Guy in the blue shirt at 1:14:15 noticed her too. 🙁” 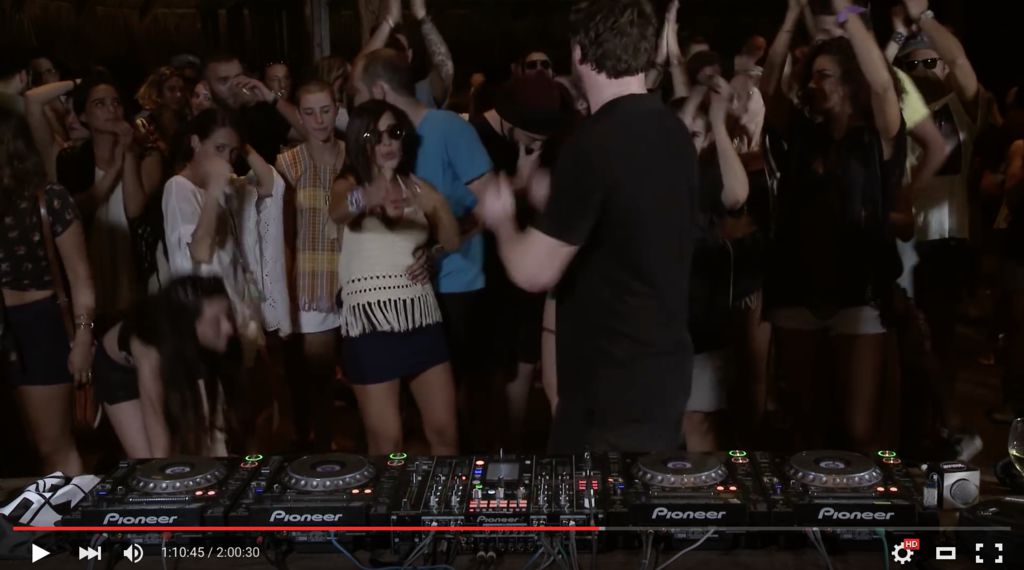 As at the beginning of the previous act, we see another round of applause. This time however, it’s instigated by the crowd as a thank you to Solomun for enduring all this madness. Solomun turns around and seems genuinely overwhelmed by the series of events thus far. Seven Doors’ Movement Of Whale seems perfectly matched to the moment as we are quickly flung into a new act once more. 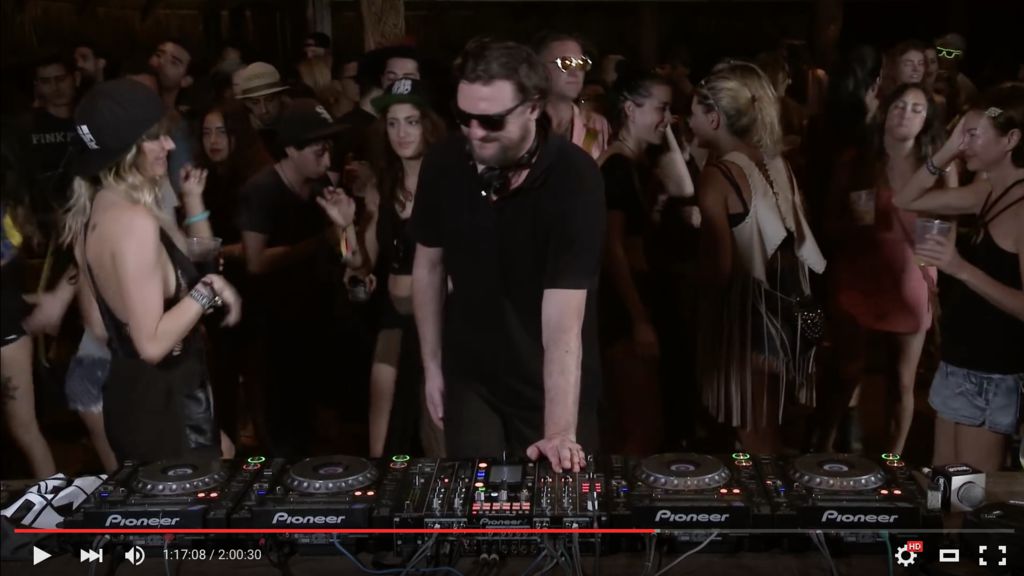 The Hat tries once again to make conversation. This time Solomun looks completely detached from the situation, almost as though he has just landed from another planet and is unnerved by his own actions. Whether this is a deliberate evasion tactic or Solomun is truly lost in the moment is up for debate. Either way, The Hat remains undeterred.

As Solomun pours himself a well deserved glass of wine, his friends come to the rescue again, label mate HOSH is among them. This moment is timed perfectly with the climax to one of Solomun’s own tracks Something We All Adore (Solomun Love Song Mix) and the intensity of the evening reaches an all time peak. (Yet again someone in the background is on hand to film themselves being filmed by boiler room. What a great film that must be.)

Act Six – The Phone Pass and the Cheek Tap

Mirco Mongiardino notes; “The hot girl on the left (The Hat) clearly hands out her phone to Solomun at 1:34:38. Haha how could I’ve missed this before haha!” There seem to be two opinions that YouTube gives on The Hat either simplifying her as ‘hot girl’ or ‘groupie’ but we feel there could be more to it than what we see on the surface. She does clearly try to give Solomun her number and lacks subtlety in doing so but we can’t help but feel sorry for her as she is again ignored. 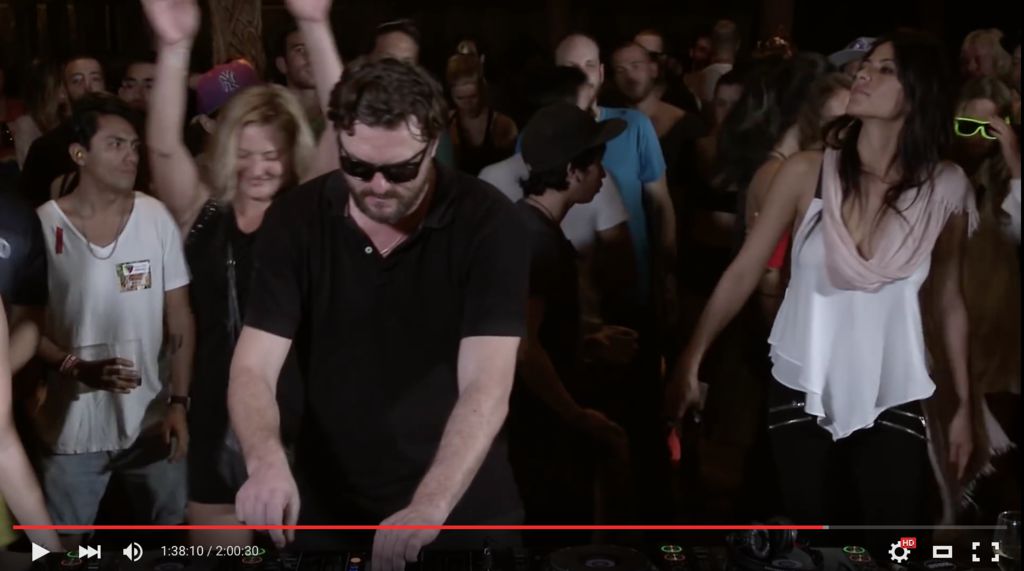 The White Shirt and Earplugs Guy returns. If we are to believe Kenneth Demeester’s reading, he has just committed a murder. At this point so much drama has occurred that we the audience had all but forgotten this crucial character. His return in the last quarter with his critical expression, reminds us of the gravity of the situation. And yet at the very same time the Wacky Arm Waving Woman also returns to laugh it all off. These two characters could be interpreted to represent the two sides to Solomun’s inner turmoil. 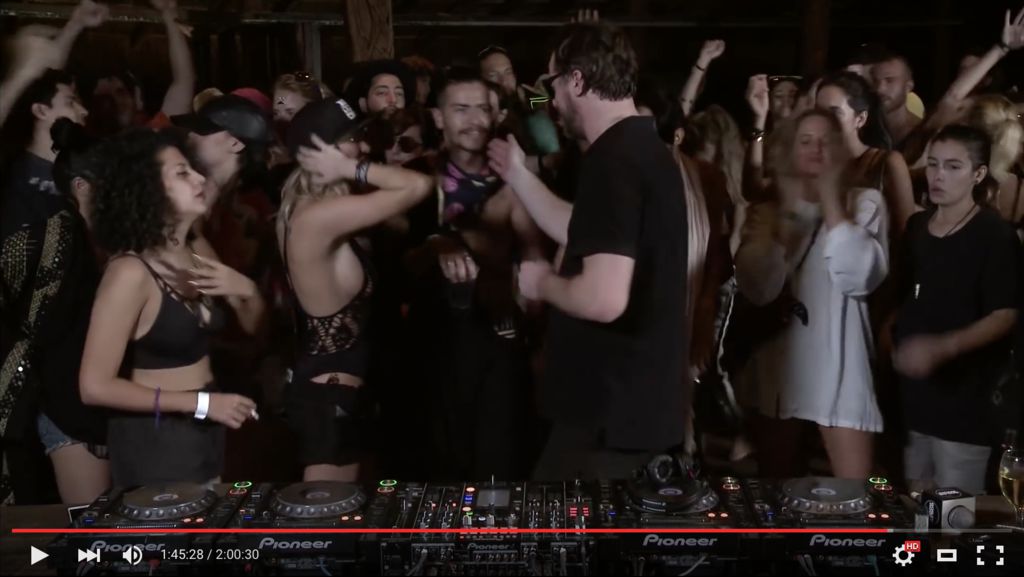 As yet another new brood of dancers enters the scene, one is greeted with a little tap on the cheek by Solomun. West Bam & Nena’s Oldschool Baby (Piano Mix) seems the perfect accompaniment to a gentle slap on the cheek. Whilst some may read the slap as Solomun attempting to get rid of this guy and remain surrounded by attractive girls, it could also be seen as an act of camaraderie as Solomun has been surrounded by women and appreciates a male to share it with.

Meanwhile Alex Needham notes yet another attempt at 1:45:26; “Now’s my chance… nevermind”. Sam De Kyro notes “The tall chick in the white shirt noticed it too!” 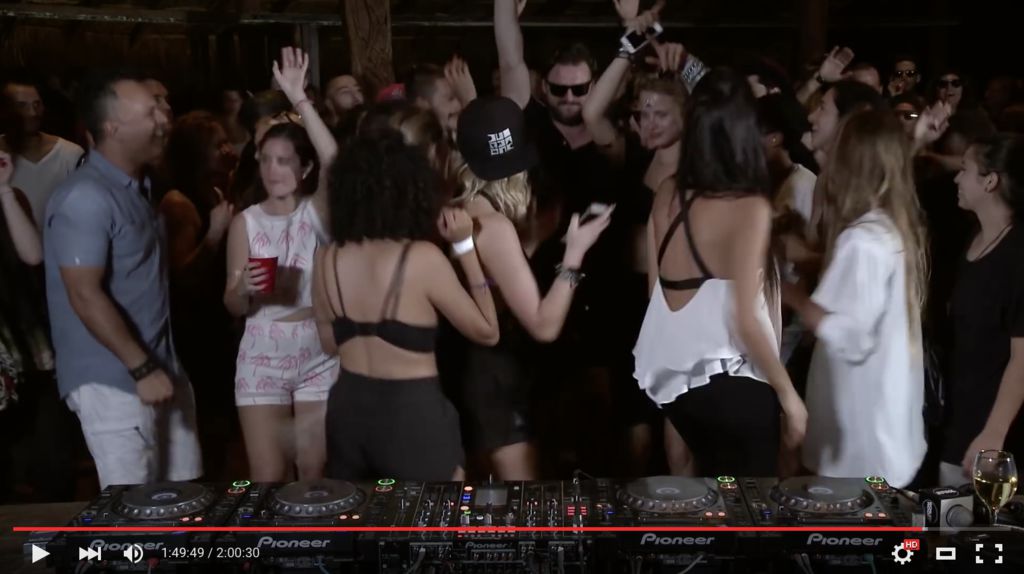 Shortly after, as Radioslave’s remix of Horny drops, Solomun begins a stunning bit of air piano before deciding to venture into the middle of the dance floor, seemingly on a whim. A brave move, remember this guy only has one shoe on. Everybody gathers around him. From the audience’s angle he disappears into a sea of women again evoking a Roman Bacchanalia. We wonder if he will surface but eventually he comes back up for air with a grin on his face. Understandable. sssube is of the opinion that “This guy is living the dream”. It is fair to assume that he is intact living the dream, despite all of the evenings dramas. andrtube1’s comments echo this sentiment; “It looks more like a Fellini movie to me, 8 and 1/2 or City of Women.”

Solomun then does something quite strange. Taking both hands he covers his face. Several different readings of this action could be made but we like to think that he is representing his shock at the situation. 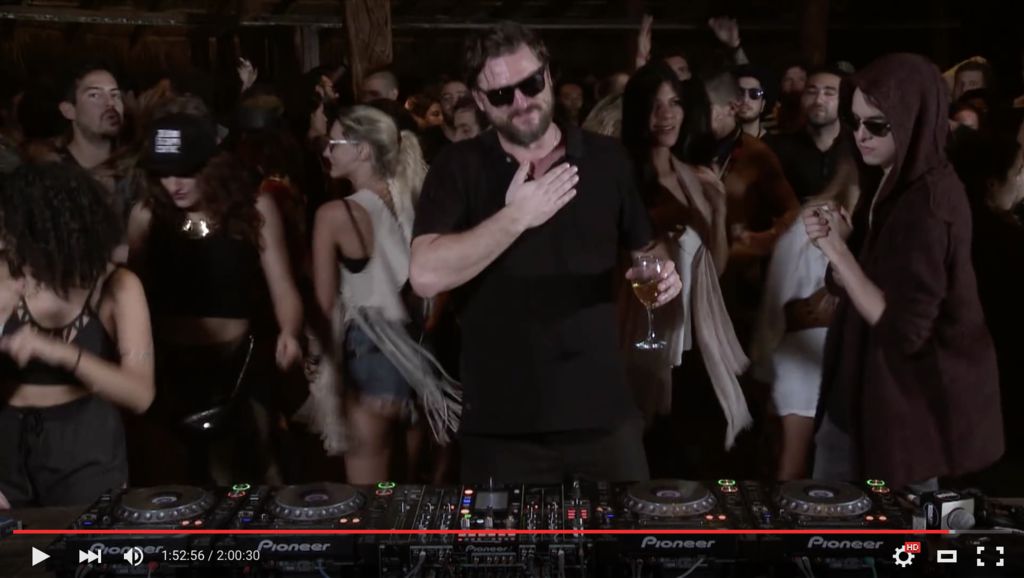 Solomun seems to gesture towards his heart and out into the audience, representing his love for the music and the audience as a whole.

Here we see one final cut to the green rippling water. Five minutes to go. The lyrics to Louie Austen’s Hoping (Herbert High Dub) seemed to sum up the ill fated love story perfectly. “hoping that I see you and to have only one dance with you and maybe to dance the whole night through… ..to look into your eyes and feel the warmth… …I was hoping… …Just to hold you and catch your smile”. Like so many tragic stories of unrequited love, this one is open ended. There are several opinions on what happened after but according to Solomun they just turned around the table and carried on partying for another eight hours. So, whilst The Hat’s dedication to love is something we think should be admired, it was Solomun’s unflinching dedication to the music that triumphed in the end and that is why this Boiler Room session is one of the most legendary to date.