New year, new beginnings. Although some things tend to stay the same as ever, like your co-worker proudly proclaiming to have gotten a gym membership after that “dreadful eating binge we call Christmas”.

Even though we have only just started the new year, there are a couple of developments and stories that we can all be fairly certain of happening in the year 2016 in dance music, by looking at the moments that defined 2015, some of them significant, some that went under the radar. So here you go, your dance music programma for 2016. 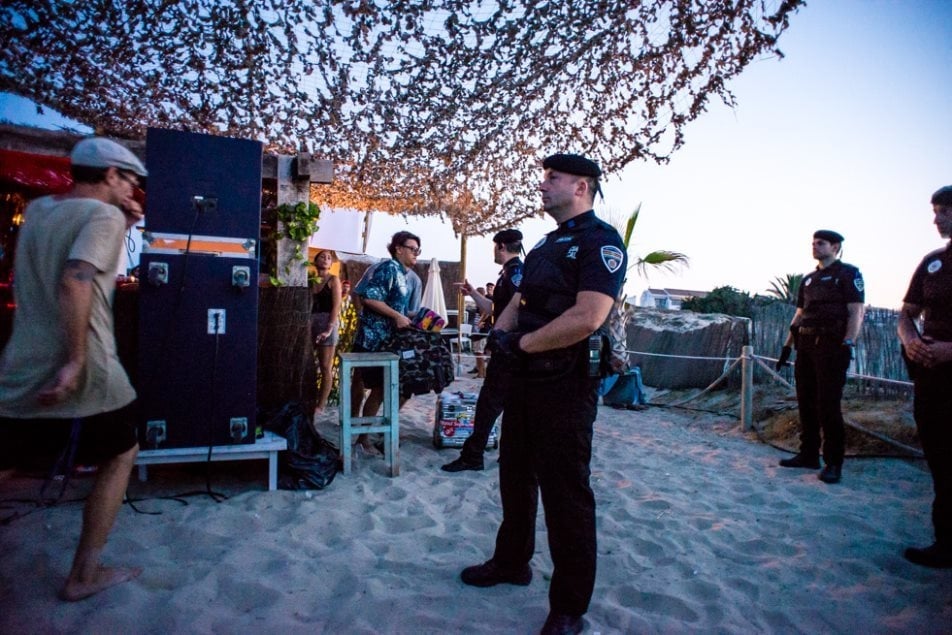 Ibiza Loses Its Cool Because Of New Rules And Laws, Successors Bound To Emerge

Ibiza is, and has been, many things over the years, but as party paradise it holds its head high. That is until the big room sounds of EDM began pushing out the niche gatherings of acid house, laying way for the latest in luxury extravagance and the legislative oppression that comes with it. Last season alone, events were cancelled and more property was developed, all while the price of entry continued to rise, leading to criticism from even its arguable king: Carl Cox. Top top it all off, it was announced by the end of last year that the local Ibiza government had decided that all clubs and bars will need at 6:30am sharp starting this season, without exception.

With the emergence of Croatia and Malta, as well as the strengthening of tropical markets in Asia, Australia, and Africa, it seems like Ibiza’s place as the preeminent nightlife destination may be seriously threatened.

The long, slow death of corporate clubbing giant SFX will finally come to an end, with a declaration of bankruptcy. With issues ranging from the cancellation of festivals to frozen assets in 2015, SFX Entertainment was already trending on highly volatile territory, and with the new year starting off not seeing a possible Live Nation buyout, this may be the year the dominos fall with respect to the dance music corporation.

New Technics SL-1200 Will Spark Debate Between Classic vs. New

With panasonic’s recent unveil of its SL-1200 direct drive turntable, as well as its $4000 special edition price tag, the grandaddy of all vinyl players will finally make its long awaited return. What was once a hallowed (and industry standard) piece of gear, may now also run the risk of becoming the latest in nostalgia resurgence debates (like the new Roland TR-8, or the revived KORG MS-20) over which is better, the classic or the new thing – with no real practical implication, as always.

The US has an interesting relationship with dance music and festival culture. On the one hand, it sees some of the music industry’s biggest and most diverse events, while on the other, festival culture itself seems steeped in big room EDM, alongside some highly irresponsible clubbing habits from its fans. But, as festivals such as Burning Man, Coachella, and Lollapalooza confirm, perhaps the States tastes are finally wising up quality underground music with strong lineups, and some of the countries biggest musical representatives leading the way. 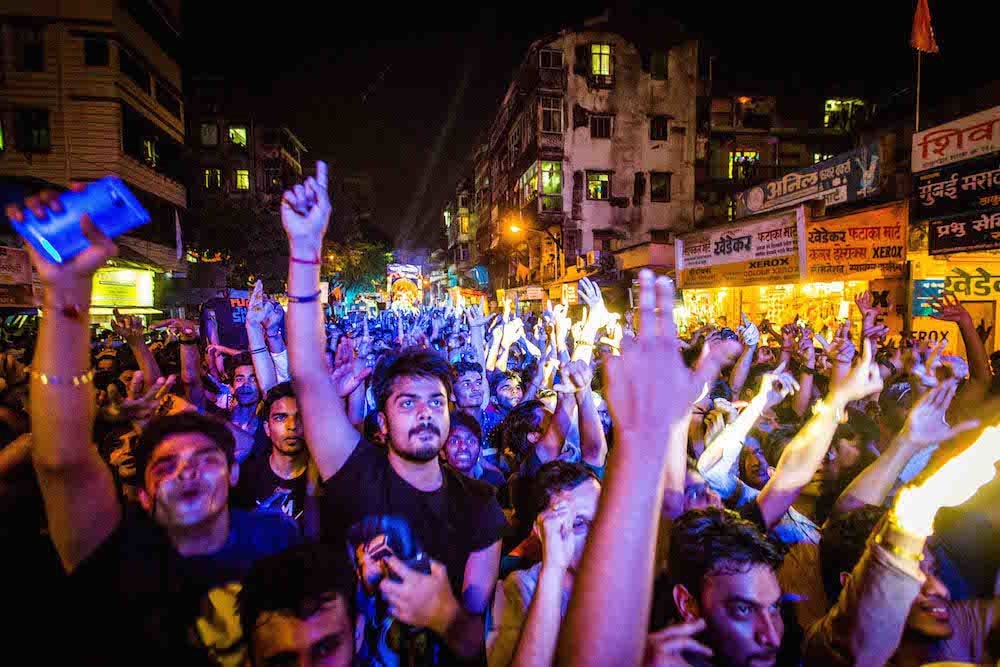 With a population nearing 1 billion, India has always been a highly desirable market. Steadily growing over the years, in terms of electronic music, the country now sees a thriving infrastructure of dance with big time clubs, festivals, conferences and destinations. In 2016, Amsterdam Dance Event will bring its global sessions to Mumbai, perhaps bringing with it the necessary underground credibility to put the nation in dance music center conversation.

Last year saw record numbers of DJs taking to social media to complain about people on dance floors distracting themselves and their fellow clubbers from the music and the vibe by staring into their phone taking flashlight photos of the artist – not to speak of the most unholy faux-pas: a selfie capturing you and your friends in front of the DJ.

This criticism is shared by clubs the world over, and results in increasing numbers raising phone bans on their dance floors. The most famous example is Berghain, which has a longstanding tradition to take measures against people who are caught taking photos inside the Berlin club. Amsterdam’s late Trouw, as well as many other underground clubs in Dutch capital have taken a similar stance on taking pictures on the dance floor, although not disciplined as vigorously as is done at Berghain.

Some famous clubs that have already followed the trend and where pictures and phones on the dance floor are strictly verboten are Output, Le Baron and No.8 in New York and famous underground party Number56 in Sydney.

Due to consistent alcohol or drug-related drug related offences, overdoses and deaths, the city legislative branch passed through even sharper lockout laws in 2015 than those that came into effect the year before. This has now crippled nightlife in the Australian capital, with clubs declining visitors from 1:30 am and stop to serve drinks from as early as 3am. Not only does it degrade a vibrant city’s nightlife to that of a small to medium town in a rural area, but has already forced multiple clubs to close because of dwindling weekly incomes.

When asked about the laws, Henry Cornwell, one of our contributors based in Sydney, told us: “These laws are effectively the same as prohibition. But it is not without reason of course. There was a club, Spice, which had to move to a pub in a suburb away from the centre. It became incredibly successful for a while, until the police did a bust and found lots of drugs and shut it down again.”

It’s not all doom and gloom, though, as he continued to tell us that the laws have forced things underground in his city: “I think people are starting to get more and more resourceful in the way they organise things so it could end up being quite a fun summer actually when you look outside of the regular club circuit. 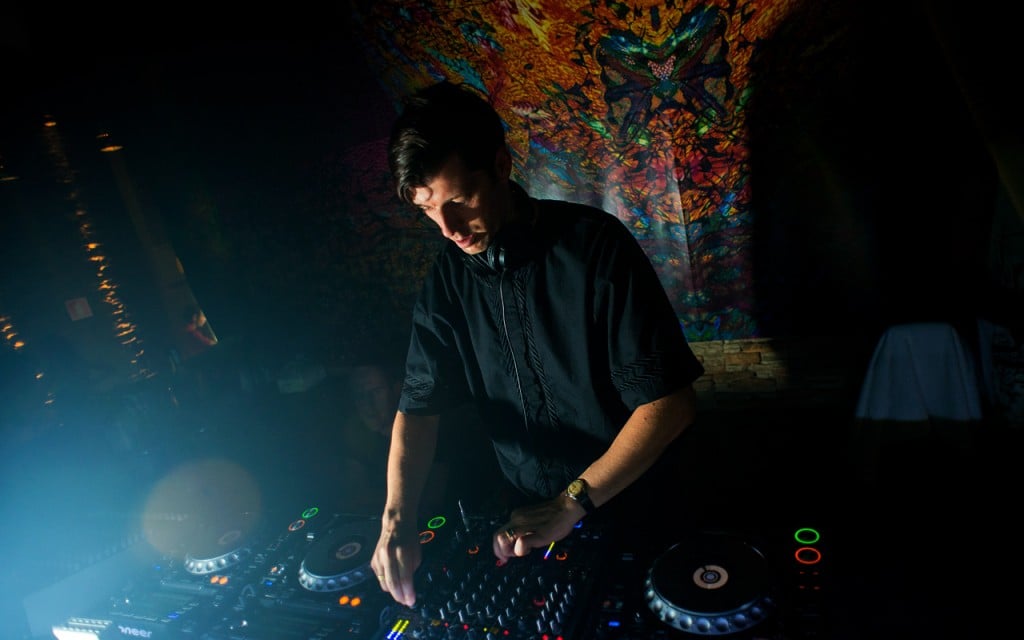 Dixon Will Be Dethroned From The no.1 Spot In RA’s Top 100 DJ Poll

We guess – emphasising ‘guess’ here – that Dixon’s hat trick run (from 2012/2015) as the no. 1 in the yearly RA DJ Poll will be brought to a halt. Why? Not because he’s going to be any less good as a DJ or have less success with the Innervisions imprint, but because it’s just time to have somebody else taking his place by now, it’s time for somebody new. We’re thinking either Tale Of Us, who have been the close lead up for years now, or, dare we say, Jackmaster – simply because this is a DJ poll, not a producer poll, and Jack Revill is just the best thing we’ve seen behind a pair of turntables in years.

This one is kind of a given when you look at the numbers in both Europe and the US over the past years. In the US, for example, 9 million vinyl records were sold over the first half of 2015, compared to a total of 14 million the year before. This new hallmark has not been reached in the US since 1989, a year before the CD began its domination of the music carrier market. It has also been reported that “vinyl is the fastest growing music format, having overtaken streaming in terms of revenue.” And that “sales have increased by more 52 per cent year-on-year”.

So we see no reason for the trend to come to a halt any time soon. Quite the contrary, vinyl sales will increase even more over 2016, with more and more labels opting vinyl next to their digital release schemes, not to mention the hundreds and hundreds of classic re-releases currently being taken on by the major labels (2015 was the year when two out of the ten best-selling records were Dark Side Of The Moon and Abbey Road).  Another trend that will tend to grow this year is not only the boutique clothing shops and other non-record stores taking up vinyl in their stock, but also your trusted supermarket, like UK giant Tesco, which has started to sell vinyl in its stores as of late last year.

All this increase comes at a saddening price for smaller, independent record labels though, as the very limited number of (out of date) vinyl pressing and cutting plants are working non-stop to meet skyrocketing demands from behemoths such as Warner Music and SONY, leaving smaller labels waiting longer and longer to set release dates for their upcoming records.