Winter will soon be gone and party lovers everywhere will get into the mood for some of the best carnivals in different parts of the world. End of January is normally considered the official beginning of the Carnival season, the time when people go a little crazy about everything.

Here in this short article, we will acquaint you with some of the best international carnivals which are a must check out for any party enthusiast. In fact, these carnivals should be on every traveller’s bucket list.

Tenerife starts around last week of January and continues till early March. You don’t necessarily have to wait till Benacassim to get into festival mood in Spain. Locals in Tenerife take partying very seriously, so much so that this extravaganza goes on for more than one month! It concludes with the crowning of the Queen of the Carnival, and features plenty of fireworks, concerts, dances, parades, crazy costumes and partying before that. Over half a million people arrive in Tenerife each year to join this party that concludes with a 24-hour merrymaking, eventually setting a giant papier-mâché sardine to fire.

Starting around mid-February and going on till early March, the Venice Carnival in Italy is counted amongst the most elegant and extravagant events of Europe. Although you might witness a lot of fancy dressing, suggesting wild private parties, when looked up close Venice is quite civilised. If you do plan to attend this event, make sure that you don’t miss the mega masked ball known as ‘Gran Ballo delle Maschere’.

Considered the mother of all international carnivals and a must in every traveller’s bucket list, Rio de Janeiro Carnival is usually a week-long affair that starts around late February or early March each year. It has in fact been termed as the world’s biggest party by the Time magazine. The anyway quite crazy Rio transforms into a riotous city, full of colours, samba beats, flesh, heat and plenty of fun. You will witness the flashiest and most colourful costumes in this festival, complemented by some amazing dance moves. All of this and more goes on display at a huge parade which happens at Sambodromo where Rio’s samba schools battle against each other, showing their skills. 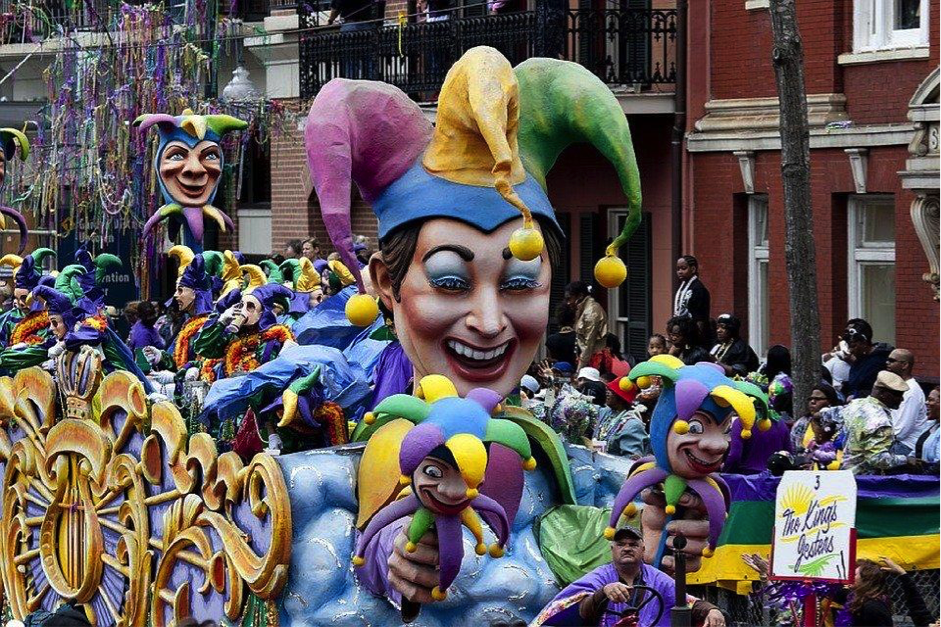 A three-day festival, Binche Carnival of Belgium has been acknowledged as the ‘Intangible and Oral Heritage of Humanity’ by none other than UNESCO! Each year, Belgium witnesses local masked men, known as ‘Gilles’ going around and creating all kinds of chaos, shaking sticks, in an effort to scare the bad spirits away. Exercise caution as they love targeting the crowd with apples!

Lasting for a couple of weeks from mid-February till early March, Mardi Gras festival of New Orleans, United States features several parades with costumed people. However, the core of this festival is the revellers who leave no stone unturned in getting into a totally merry mood, drinking rum or bourbon. Don’t be surprised if they flash their body parts at you. Just chuck some sweets at them!