All Twelve Stages Of DGTL 2015 Announced

DGTL 2015 is closer than you think. As a sign of this, all the twelve stages with line ups are now announced. With two days of only the best that the underground has to offer, DGTL 2015 will be a weekend you simply cannot miss.

The amazing line up features names like Steve Rachmad, Motor City Drum Ensemble, Mano Le Tough, Andhim, Tsepo, Mind Against, Adriatique, Kölsch, Art Department, Jamie Jones and many, many others. Two of the stages are curated by labels, that are among the top players of the industry. On Saturday, the Ellum Audio crew will take the self titeled stage, with a line up consisting of the label boss Maceo Plex, Danny Daze, Pachanga Boys, Gardens of God and Shall Ocin. On Sunday, Innervisions will take on a stage to bring you Dixon, Âme, a live set by Recondite, Culoe De Song, Ian Pooley and Malawi.

Check all the performers and stages of DGTL 2015 below! 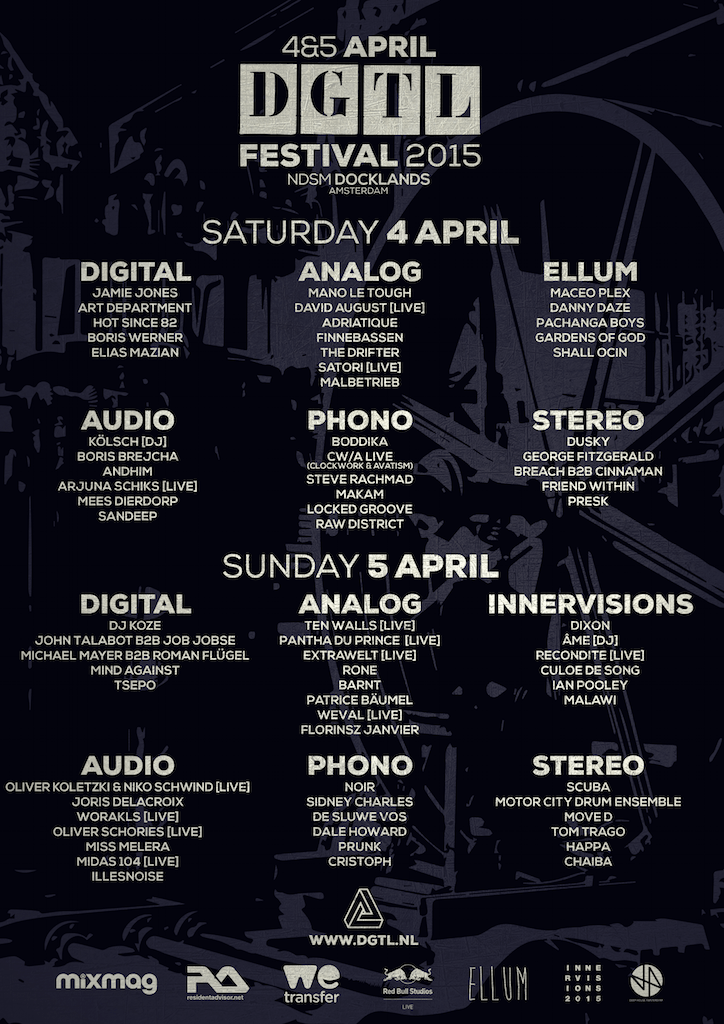