Don’t you ever think that DJs get way too much attention in the dance music realm? As if they were the only ones that make clubbing and festivals possible – of course not. There is a whole range of people with differnet roles that contribute just as much that unforgettable night: the booker, the sound and lighting-technician, the bar staff or that nice toilet lady who guards your drink while you’re doing your thing in the bathroom stall. These are he Unsung Heroes of club life and in our opinion they deserve a little attention as well.

To kick off our new feature I interviewed somebody who you have probably seen more than once if you go out in Amsterdam. Here he’s one of the most sought after ‘Master of Ceremonies’ (now you know what MC means), and with his wild energy and big hair it’s hard to ignore the appearance of Antonio Abbo, aka MC Complicated.

On a sunny day last week we met at Hanneke’s Boom for a little chat. When I walked across the bridge to the rickety, but cozy venue that’s located on the water right next to Central Station, Antonio was already sitting at the dock with a good friend of his. The clear-blue sky highlighted the beautiful view of Amsterdam’s historic skyline. We ordered some drinks and started with some small talk. Before we dived into his musical past and his stormy rock ‘n roll career, I asked him what constitutes a good MC. “Wow, let me think. I think it lies mostly in the amount of work you put in. You as the MC are not the star of the show, the DJ and his music are. So I always try to get the best result out of minimal effort. Know your timing and lift up the crowd a bit more when the energy level is already high, and then make it peak with one or two shout-outs just before the bass of that hard-hitting track kicks in. That’s it, then I retreat and let the artist do the talking” 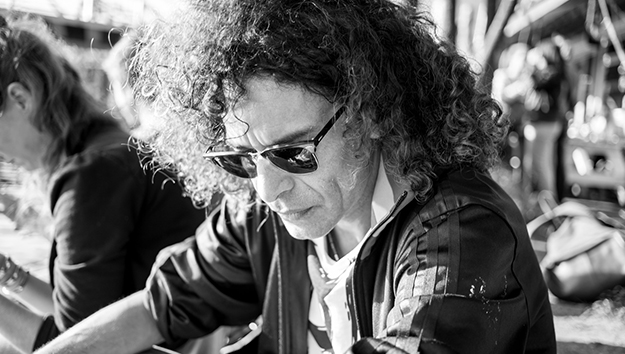 “But you need to know how to anticipate with different artists, right? Since they all have a different style of DJing.”. “True! I spend a lot of time listening to mixes and especially sets in my free time, of course because I love to listen to them, but also to get a grip on how each DJ mixes and handles the tracks he plays. And I also do a lot of stuff on gut feeling when I’m on the stage, within a short time I can understand the DJ standing next to me musically”

Then we went back in time and talked about his life before dance music, when rock ‘n roll and drumming in bands controlled his life. He supposedly had multiple encounters with Holland’s only rockstar and one of my all time heroes: Herman Brood. Of course  I wanted to know more.. “Yes Herman, I’ll never forget. At that time, somewhere in the late eighties/early nineties, I was the drummer in a band called Graduate Love, which was really cool, we did pretty good and had a lot of gigs throughout the Netherlands. And Herman Brood somehow got tipped about us and before we knew it we were the supporting act during a part of Herman’s tour! But that’s not all, because at one point the drummer of his band, The Wild Romance, had injured his arm so he couldn’t play. So during a gig in Heiloo, after playing our support performance with Graduate Love, I could stay seated at the drums to play together with him and his band!”

More memories from that era were stirred up. Like the times he visited the old rocker in his atelier on the Spuistraat and experienced Sex Drugs & Rock ‘n Roll from up close as a yong kid of 17, as Herman was shooting up dope between his paintings and naked models/groupies. Some years later Antonio rose to fame himself as the drummer in his incredibly successful project The Sunclub, which scored several no.1 hits in 19 European countries. “Sunclub was founded in just the right moment, in the middle of the poppy ‘dance-act’ craze with groups like T-Spoon, 2Unlimited, Venga Boys and the likes. Other than those groups we were the only act that had a live element (me playing drums). Because all the other acts just pressed play and danced around when they played ‘live’, we weren’t really appreciated at the tv-shows that we were invited to, like the Staatsloterij Show, Koffietijd, Telekids and those kinds of puppet shows haha.” Wooow Koffietijd and Telekids? Tell me more!” “Man, we played all those lame-ass shows back then, we didn’t care. We were there, completely wasted and out of it most of the time, and we did our thing, it was fantastic. Playing in front of an audience of kids when 30 minutes before we were all doing some naughty shit in the dressing room!” 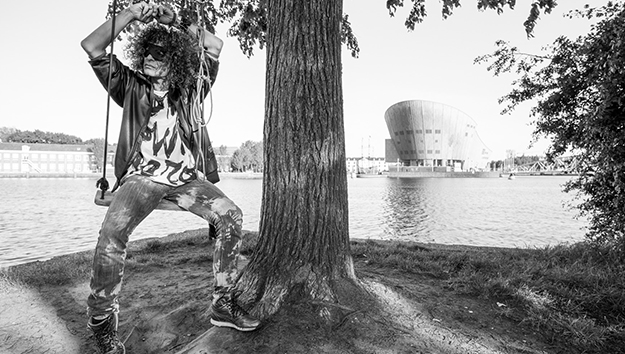 “I also read that at one point you and the Sunclub were a support act for Ricky Martin.. Any regrets?” “Haha no not at all! I had a blast playing with Ricky! It kinda started with our hit “Fiesta”, which was signed at Sony, the same label as Ricky was signed to.  Around that time he released his first hit “Un, Dos, Tres”, and since that was also a Latin-House track, Sony came up with the brilliant idea to team us up on Ricky’s world tour. He was a really nice guy to hang out with. And before anybody else, I knew from the moment I met him that he was as queer as a bedbug.”

Antonio continued on his musical highlights and how he eventually quit The Sunclub when he began losing interest in the scene, when the rock ‘n roll lifestyle began to take its toll on his personal life and the commercial success began to wear off. After taking some time for himself and a couple of unwise investments later, Antonio tells me how he gradually found his way into the Amsterdam dance scene. Because people knew of the energy that he can bring on to the stage, he was asked to MC and drum during DJ sets at various nightclubs, beginning with Escape at Rembrandtplein. “Escape wasn’t really my place or crowd, the music was too commercial, too easy, and I couldn’t put my heart into it to be honest. But then I discovered Studio 80, where I soon got a fixed spot on weekend nights and met all the great guys during the minimal era, back in the middle to late ‘00s. Guys like Ricardo Villalobos, Karotte and Steve Bug, all artists that were making and playing something completely different than I was used to. Studio 80 became my second home” 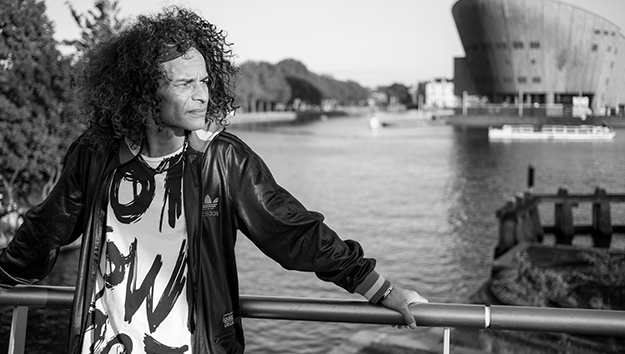 And the rest is history, from there he found his way to the different event organizers he now MC’s for (Straf_Werk, DGTL, Welcome To The Future, next to substantial events abroad that he gets booked for), organizations that make a difference according to him and who book DJs that make his heart beat faster, like Noir, Dixon (his favourite DJ/producer at the moment), Amine Edge, KiNK and of course his homeboy Bram Fidder. Plans for the future are in the works, both on the dance-music front (but he has to keep that a secret for now) as well as his first love: “The drums are calling me man, I need to get back and start playing again, it’s what I know best and love most.” On my final question which moment he would relive if he had the chance, it would be winning the Edison award. Luckily there’s still some proof from that day.. 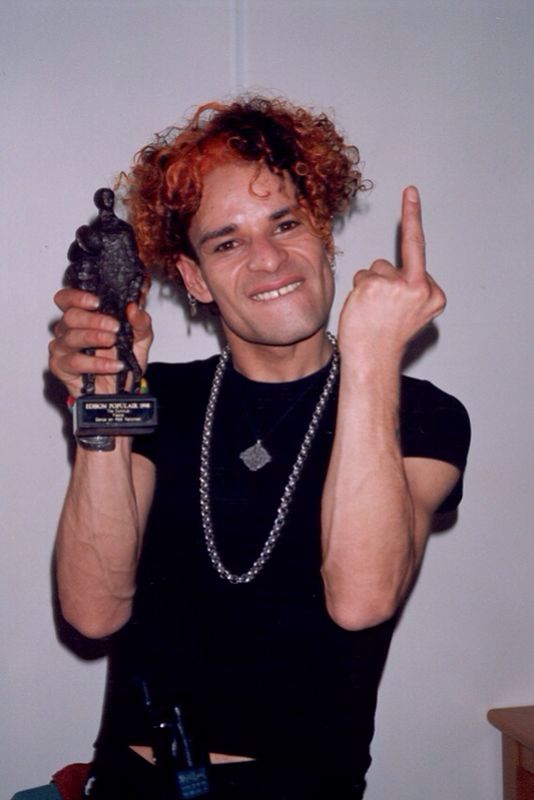