Over the coming month the venue hosts post-punk techno with An-I (Framework), Den Haag electro with Bunker Records legends Unit Moebius (Metronome), and Chicago stalwart Mark Grusane alongside local nice guy Hunee (Somewhere in Amsterdam). You’re really never quite sure what you’re going to get with the OT but you can always be certain of the artistic quality and underground pedigree presented by the venues’ variety of promoters. 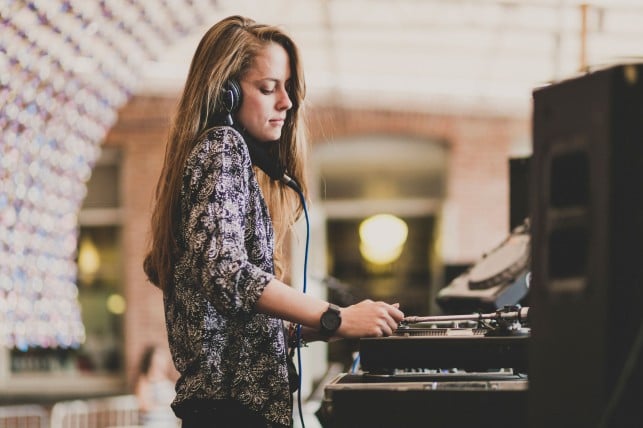 Saturday 06-02-2016 sees local organisation Sub:terrein inviting Avalon Emerson to the small black walled club and to Amsterdam for the first time. Emerson hails from Arizona but moved to San Francisco during the 00s, where she quickly found acclaim playing extended warehouse parties in the city’s SOMA district mixing up everything from disco to groovy US house to UK rave. Move forward a few years and Avalon has several E.Ps under her belt including deep techy house rollers found on ‘Pressure / Quoi’ (Icee Hot 2014), the slinky tribal movers of ‘Church of SoMa’ (Spring Theory 2014) and the darker electro tinged vocal cuts found on 2015’s ‘Shtum 009’. With a steadily growing number of international bookings Avalon Emerson now resides in Berlin where she plays parties at venues such as Kreuzberg’s Chalet and Panorama Bar.

Sub:terrein is an Amsterdam based promotions organisation that has its roots in the squat community, playing parties at (now evicted and closed) spaces like the Valreep and Magenta in Amsterdam Oost. A couple of years later and Sub:terrein began hosting parties in Doka, the once-upon a time club in the cellars of the Volkshotel inviting artists such as Gerry Read and Vanguard Sound! label boss Chris Mitchell. Overtoom 301 has been Sub:terrein’s home for some time now, inviting up and coming talent such as UK bass artist Beneath or drum and bass dropping Daniel Koehler from London’s Berceuse Heroique label, whilst featuring more established artists deserving of greater recognition such as the Netherland’s Drvg Cvltvre. In line with Amsterdam’s strong heritage concerning VJ culture all the Sub:terrein parties in the OT301 make use of the venue’s huge projector screen with VJ and artist Piss & Laugh TV complimenting the music with his wild and whacked out visual representations.

Emerson fits into Sub:terrein’s MO perfectly playing broad adventurous sets that don’t give a damn about genres drawing on a variety of styles, sounds and eras. Emerson is a DJ’s DJ, her eyes and ears firmly fixed on the dancefloor, setting off house bombs against slinky disco firecrackers and fast moving techno missiles, all sure to go down well deep inside the dark underground haven that is Amsterdam’s OT301.