Electric Bay brings a fresh experience to Torquay with a sun kissed open-air party at Abbey Meadows on Torquay Seafront, known as the English Riviera and one of the UK’s most popular holiday destinations. The historic Torre Abbey itself is a UNESCO global key site within a large and open green meadow with sweeping views out of the stunning bay and its famous beaches. Revellers can expect a carefully curated main stage, a world class sound system and explosive production offering an unmissable two days of fun including plenty of food and drink offerings.

Carl Cox headlines day one and returns to this part of the South West for the first time in years. The Ibiza kingpin is known for his high energy and infectious performances which have made him one of the most sought after artists on the circuit. His INVITES concept ensures there’s a stellar cast of artists joining him for this all-day show, including the very special guest John Digweed. The Transmissions radio show host and Bedrock label head has been at the forefront for over a quarter of a century and remains one of the most technically skilled DJs in the game.

Also playing on Day One will be Drumcode king and all round big room maestro Alan Fitzpatrick who has a famously rolling and heavyweight take on techno, and tech house rising star Alisha a purveyor of peak time rollers. Syreeta and Eric Powell close out this sure to be epic day.

On day two, electronic music heavyweights Chase & Status head up a bill filled full of stars. The legendary duo have been at the forefront of the bass scene for nearly two decades and show no signs of slowing down and will be performing their biggest hits to a capacity crowd. Joining them will be men of the moment, Hybrid Minds, superstar Example and dnb star Friction. Completing the bill will be the imitable multi-genre specialist Wilkinson as well as Luude, Girls Don’t Sync, Oppidan + more.

Louder co-promote this essential new offering with one of the longest-running club nights in the UK, BEATZ & BOBZ, who have also hosted at Glastonbury and Glade and promoted at the Winter Music Conference in Miami. Meanwhile, Louder is an influential name in the electronic music world, thanks to putting on over 250 events a year at iconic venues like Printworks, O2 Academies, Ministry of Sound and The Warehouse Project. They host their own Electric City and Electric Woodlands Festivals, run an Ibiza residency at Eden and are behind On The Beach series in Brighton. 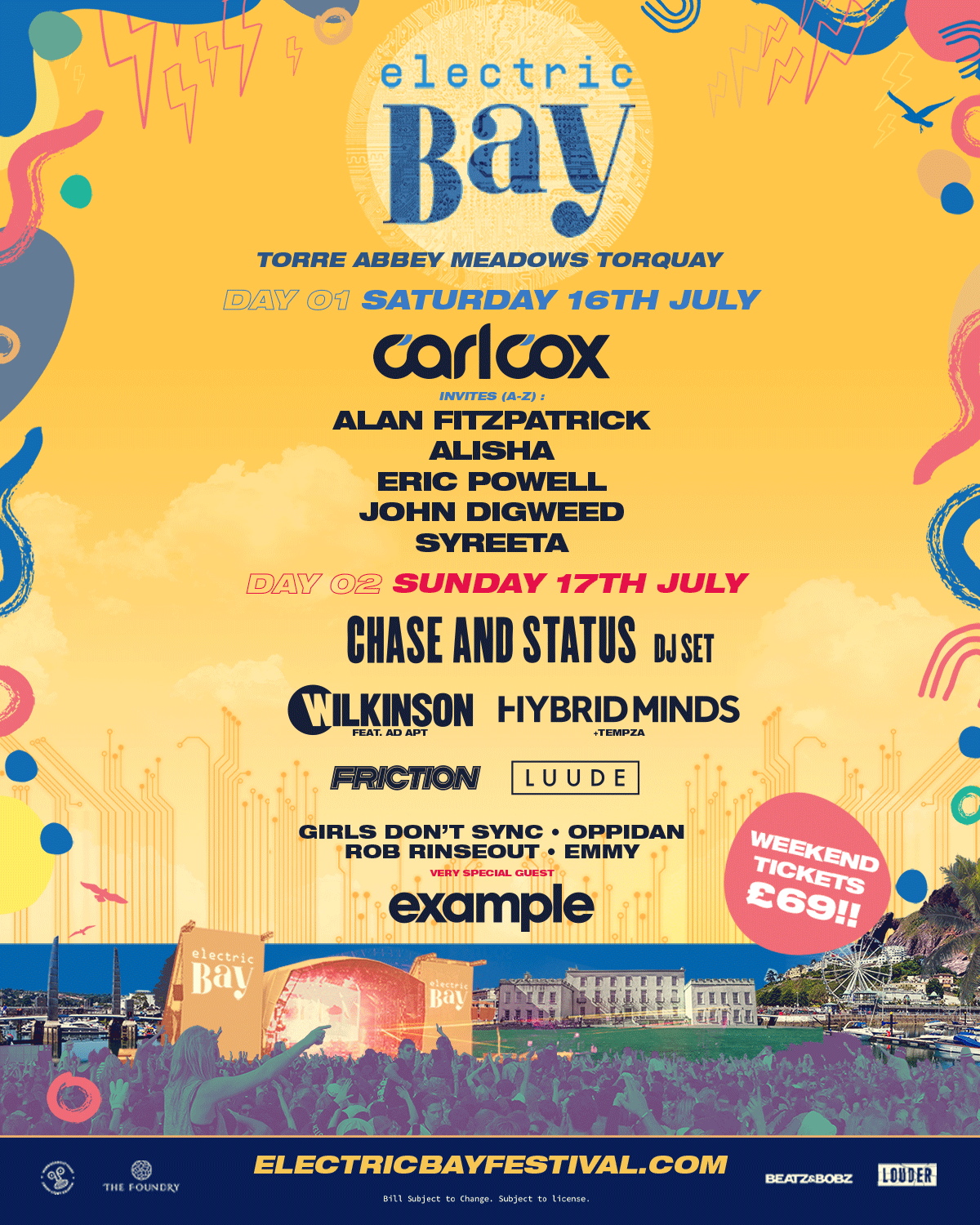