Stories In The Park is all set to return to Reading’s Palmer Park for a third superb edition on Saturday June 18th. After Chase & Status headlined a huge sell-out year in 2021, Stories is back in 2022, once again boasting two stages of the most cutting edge international DJs from the worlds of drum & bass, bassline, garage, house and techno, this year’s headliners include Andy C, Sub Focus, Flava D, TS7, Mason Collective, Big Miz, Friend Within, Salute and more to come. This year is already set to be another sell-out year and tickets are on sale now, starting at just £20 and available here: https://fatso.ma/Vxzw.

Here we speak to the team about their up and coming event.

Who is behind these events?

The team behind the event is TM Leisure. TM Leisure are also the people behind Stories In The Park, Entourage Project & many more of Readings respectable events

Why do you think this style of show has been so popular in recent years? 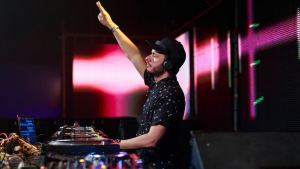 Who makes up the orchestra, where are they from & what is their background?

Tell us about the two stage setup & what differentiates each? 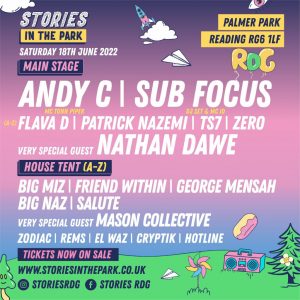 This proudly independent festival has made a huge impact in a short space of time. The first two editions set a high standard, with a real focus on high end production, loud and proud sound systems and line-ups that offered something fresh for the region. The two high-spec stages have their own carefully considered look, sound and feel, with one covering drum & bass and baseline, and the other delving into the worlds of house and techno.

Says the Director, Toby Mullins, “This is just the beginning for Reading’s brand new festival, Stories In The Park. We have plans to take it to the highest possible level and deliver the biggest live acts and DJs in the world.”