Last year we checked out Emerging Ibiza during an extended stay on the White Island early in the season and we were impressed with their set up. Despite a few hitches here and there they proved that they was definite potential in their project and this year looks set to prove that they can really establish themselves as a brand to be reckoned with and they have our full support!

News has reached us today of the event’s 2015 Experts and an exciting Wild Card competition in association with Capital XTRA no less. This competition will offer the best new artists the chance to play the EI Festival alongside DJ Coco Cole and get signed to EI music.

This year Emerging Ibiza have locked in a seriously impressive list of experts to judge the contest making it a mouthwatering prospect for anyone who wants to enter. First up is the outspoken DJ Bill Patrick, who will no doubt be offering honest, and possibly brutal, feedback on all the entrants. Alongside Bill will be his close friends from Visionquest: Shaun Reeves, Ryan Crosson and Lee Curtiss – three truly influential DJs and producers who have very much defined the scene over the last five years. Each of these stars will pick their own talents for 2015’s Emerging Ibiza. 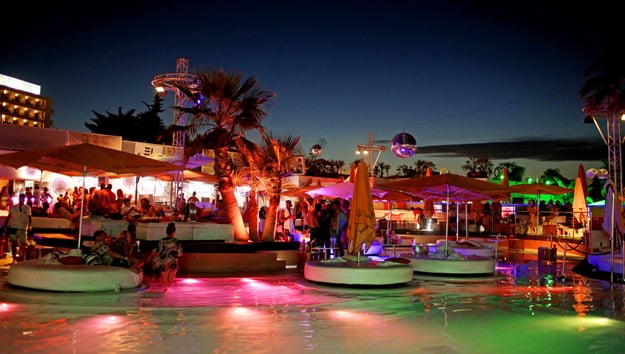 Aside from these much-respected names from the DJ and media world, Emerging Ibiza is also enlisting a wide scope of Ibiza legends and hard workers from behind-the-scenes. They include Alex Montoya, who is one of Spain’s biggest promoters and artist managers. He runs Ibiza night Reverse and looks after acts such as Uner and Christan Verela. Chris Bones is the Ibiza party legend who has been on the island for a number of years, Danny Whittle who runs the IBZ Entertainment management company and is ex head at Pacha as well as being a partner in the IMS returns alongside Yann Pissenum, Creative Director of Ushuaia and the man behind the excellent ANTS party.

These experts will each select the best Emerging artist, DJs and producers from the worlds of house and techno who they think deserve a place on the world stage. Over the course of the week long EI Festival 26th – 29th May the Emerging Artists perform in Ibiza clubs from Ibiza Rocks, Zoo Project, Ocean Beach, Sankeys and Ushuaia Tower.