This week’s mix is sooo good and perfect for the lovely spring weather we’re currently enjoying here in London. It comes from Cameo Culture, who we first became aware of back when he released a lush track called ‘Night Swimming’ via No.19 Music. Since then he’s been working behind-the-scenes with Wolf + Lamb, putting his engineering skills to great use for the excellent label. He’s also been hard at work on his own album project, Burning Bright, which is out now… in light of that, we thought we should have a chat with him about the LP as well as giving our Deep House London followers a great mix to listen to!

Tell us, firstly, about your background with regard to electronic music… how did you first come into contact with it? What made you decide to start to make it? And when did it become a full-time vocation for you, as opposed to a hobby?
My first exposure to electronic music as a teenager was rave music, and the whole scene that went with it – jungle rhythms, fast tempos, dingy old warehouses on the far side of town, the madness, the hedonism. I was hooked right away. Once I began to develop my own tastes in house music, I developed a keen interest in how people were making this stuff. The musical training I had growing up, combined with antiquated software like Cakewalk and Fruity Loops allowed me to initially explore this landscape. I didn’t know my arse from my elbow, but it was lots of fun.

It has only recently become a full time vocation. However I definitely began to put more of myself into it after I recommenced study in jazz piano, and also went to University and studied Recording Arts, which opened up the technical side of audio to me – all aspects of recording, mixing and to some extent mastering. I am a professional mixing engineer by trade, and run my own studio out of New York, Dangly Studios.

Zev from Wolf + Lamb told us you’re quite involved behind-the-scenes with those guys – how did you connect with them?
I used to go to the infamous Marcy Hotel parties in Brooklyn from 2008 onwards, and met a lot of the crew, past and present. DJing there early on New Years Day in 2011 was one of the most enjoyable DJing experiences I’ve had. I struck up a great friendship with Ryan Cavanagh (Slow Hands), and through working with him on his upcoming records, I developed a stronger connection with Zev and Gadi, and all the artists on the label.

How would you describe what you do behind-the-scenes? And how did you acquire the necessary skills to be able to do all of the engineering stuff?
What I do behind the scenes is mix and produce records for artists on Wolf+Lamb, and Soul Clap Records as well. The engineering knowledge I obtained through university, combined with over ten years of experience doing the old trial and error.

Tell us a bit about your album, when did you first decide to put something together? Was there a theme to begin with?
The idea for the album came about in 2012. There wasn’t really a theme per se, if I had to choose a word it would be “organic”, although that’s not really the whole story. I had a collection of songs, and I went about re-recording lots of elements to give it a more “live” feel – a drummer, bass player, trumpet
players, guitarists, an accordion player, vocalists. The idea behind this was to give a common thread to all the songs and bind them together as an album under one production aesthetic.

How long did it take to get it all together?
The process of making the album from start to finish took around two years.

What was the most challenging aspect of making a long player?
The most challenging aspect for me was towards the end. Trying not to focus too much on the minutiae. Trying to look at everything objectively. I’ve played in bands before where the collective mind is a much stronger tool – shutting things down or opening them up decisively. As a solo artist it’s hard to step away sometimes.

What have you found to be the most rewarding aspect of making it?
I think to some extent, through the process of making the album, I found my voice a little better. Also, working with really talented players who helped me bring it all together – Ryan Cavanagh, Greg Paulus, Kevin Brady, Tim Farrell and more… working with great musicians makes the process really rewarding.

What have you learned about yourself, both personally speaking and professionally, through producing the LP?
Personally, I learned that making an album can really be a rabbit hole if you let it, which can be a really awesome thing on one hand, and yet also a very stressful thing on every other aspect of you life. I’m glad that I know about it now, if I ever decide to write another one. Professionally, the whole process was a great learning experience. Having the freedom to experiment over and over with recording and production techniques helped me to forge a production style that I like, and I learned lots of new tricks as well. 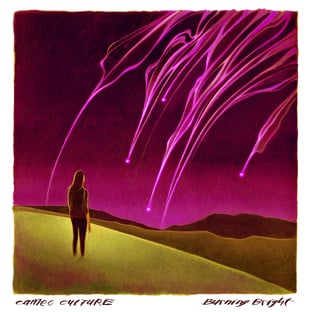 Totally agree on the love point! Are there any albums, past or present, that you found especially influential or inspiring when making your own?
I am hugely influenced by house music, which typically isn’t album-based, but I can name a few albums. Bonobo’s “North Borders” is an album I love. Omar- S “Thank You For Letting Me Be Myself” is a stone cold classic. No Regular Play’s “Endangered Species”. But i’m also inspired by non-dance music – The Acid’s “Liminal”, Beach Boy’s “Pet Sounds”, Father John Misty’s “Fear Fun”, Panda Bear’s “Person Pitch”, Sufjan Stevens, Brian Eno, Thom Yorke, Bon Iver, Erik Satie, Nas.. I’m just going to stop there.

What key characteristics, in your opinion, define a great album?
In my opinion, a great album contains a bunch of songs of which I absolutely have to listen to every single one, without fail. There has to be a production aesthetic that makes me shiver occasionally, even after I’ve heard the album 200 times. For me, an example of that would be Radiohead’s “OK Computer”. Those guys, in the studio with Nigel Godrich, made a fucking amazing album.

How do you feel now it’s all wrapped up?
Now it’s finished I feel relieved, I feel happy, I feel grateful it’s out in the world.

What’s next beyond the album, any firm plans or are you just planning to enjoy the post-album glow?
No time to sit around! I already have a bunch of new songs that I’m in the process of piecing together as EPs. I am currently touring Mexico and go to Brazil after that, so I’m trying to strike a balance between touring with my live show and being in New York working in the studio.

What advice would you give to someone who’s considering starting their own album project?
I’m not sure I’m in a position to give advice like that, but certainly if I ever try to make another album I’ll be sure to initially give myself a lot of time to just create, enough time to get down twenty or thirty songs. It’s important to set yourself deadlines, but I think it’s a bad idea during that initial phase of creativity. I’d also say it’s important to share your music with trusted friends and fellow producers, sometimes the feedback helps you to solidify your own vision. Also, try weird things.

Finally, complete the sentence; ‘Without house music I would…
…have missed a trick!’