What started as a small and friendly gathering at The Lounge in Leeds was soon a pioneering force on the scene.

Mono_cult, one of the UK’s most loved underground promotions known for its grand New Year’s Day events and large warehouse parties at Canal Mills, is coming back for a one-off reunion party on March 4th at Canal Mills. The party features returning musical favourites marking ten years since the very first event in 2007.

Headlining will be event regulars Tale of Us, as well as Northern Irish party starters Bicep. Also on the evening, long time Mono_cult favourites Mood II Swing will be playing in the city for the first time in five years as well as Soundstream making only their second ever appearance. 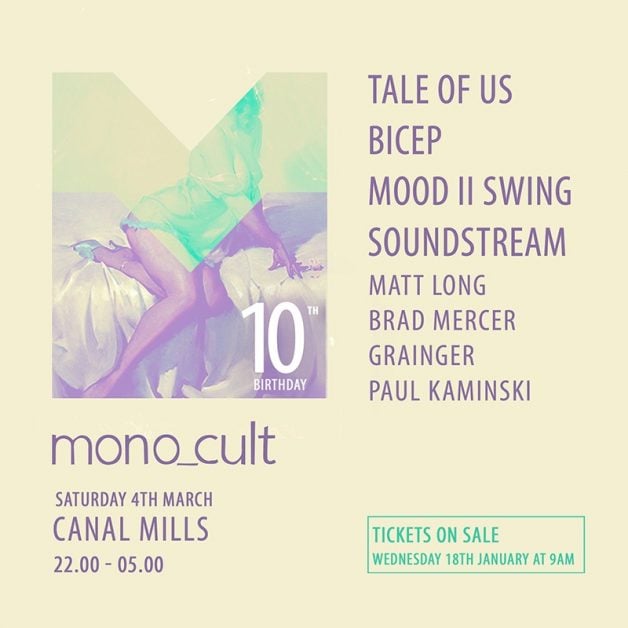