Disco patron Nile Rodgers gave a surprise concert on the streets of London this Monday morning. Except passers-by had no idea that it was him at first.

Rodgers was incognito while performing, wearing a large woolen hat, and a checkered scarf that partly covered his face. The night before, Rodgers had performed to a huge crowd in Hyde Park, at the British Summertime concert. Now, the living legend who revived his career a few years back after co-producing his monsterhit with Daft Punk, was playing for a crowd a lot smaller.

He performed Le Freak and Good Times among other hits during his impromptu busk, which was meant to bring attention to the relaunch of the Sky Arts channel.

On twitter, Rodgers went on to say that audience was pretty static before he started to play the disco anthems that shot him to world fame. 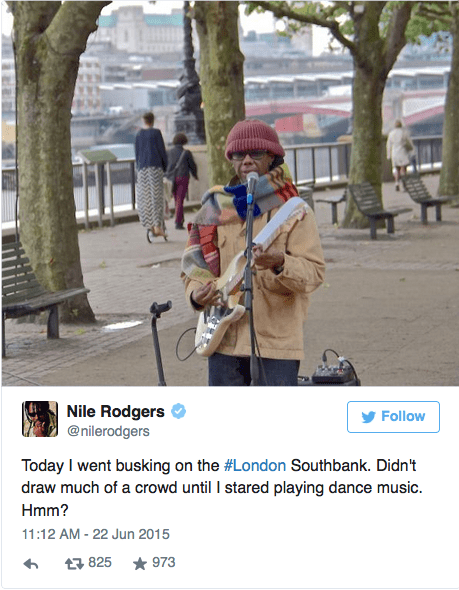