Regressions Sessions has swiftly become one of the most talked about and exciting underground party series in the country, and now they to unveil their Autumn/Winter 2015 UK tour.

It all kicks off on October 3rd and runs until January 23rd, and you can expect that every event in between will be a no expenses spared, sensory-stimulating experience, with a dark twist of glitz and glam. First and foremost, though, it’s the music that’s the driving force behind Regression Sessions.

Rather than just booking hyped up acts, they nurture inclusive party environments and a genuinely music-loving crowd. It means that they have a die-hard following as well as an ever-rotating assembly of new fans who are keen to check out what all the fuss is about. The music provided by their indelible residents is the foundation of every night, and draws on house, techno, UKG, DnB, and a more than considerable dose of disco.

As well as carefully considered musical selections at every event, there is also a focus on the overall experience, the colours, the adult fun, the awe-inspiring production. Every Regression Sessions sticks fast in the memory as a one-of-a-kind party that does more than just offer up a headliner. Here you can expect unpretentious, laid-back crowds, with the added benefit of ball pits, bouncy castles, space hoppers, inflatables, face painters, magicians, caricature artists and retro video games. No party on the planet marries underground music with hedonistic vibe in quite this way. 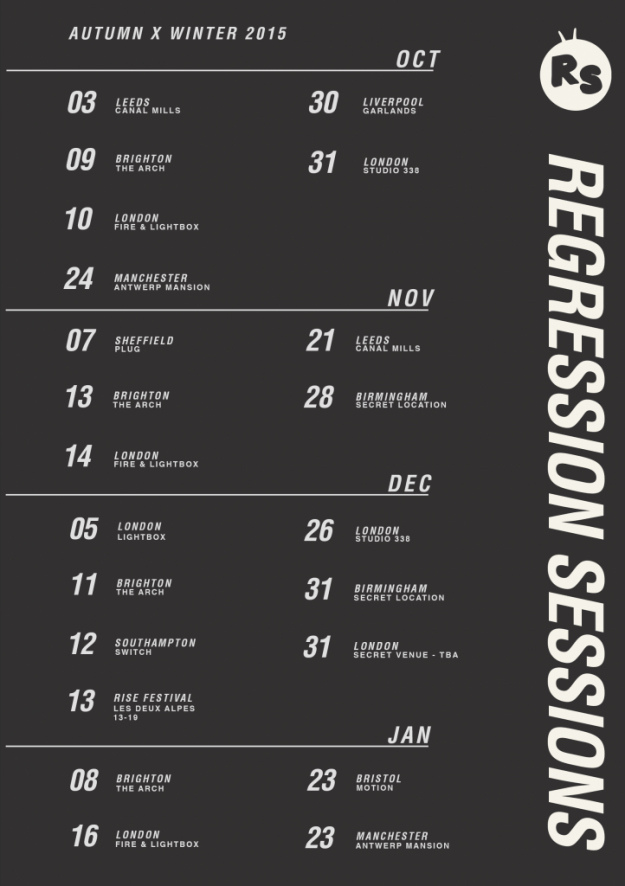