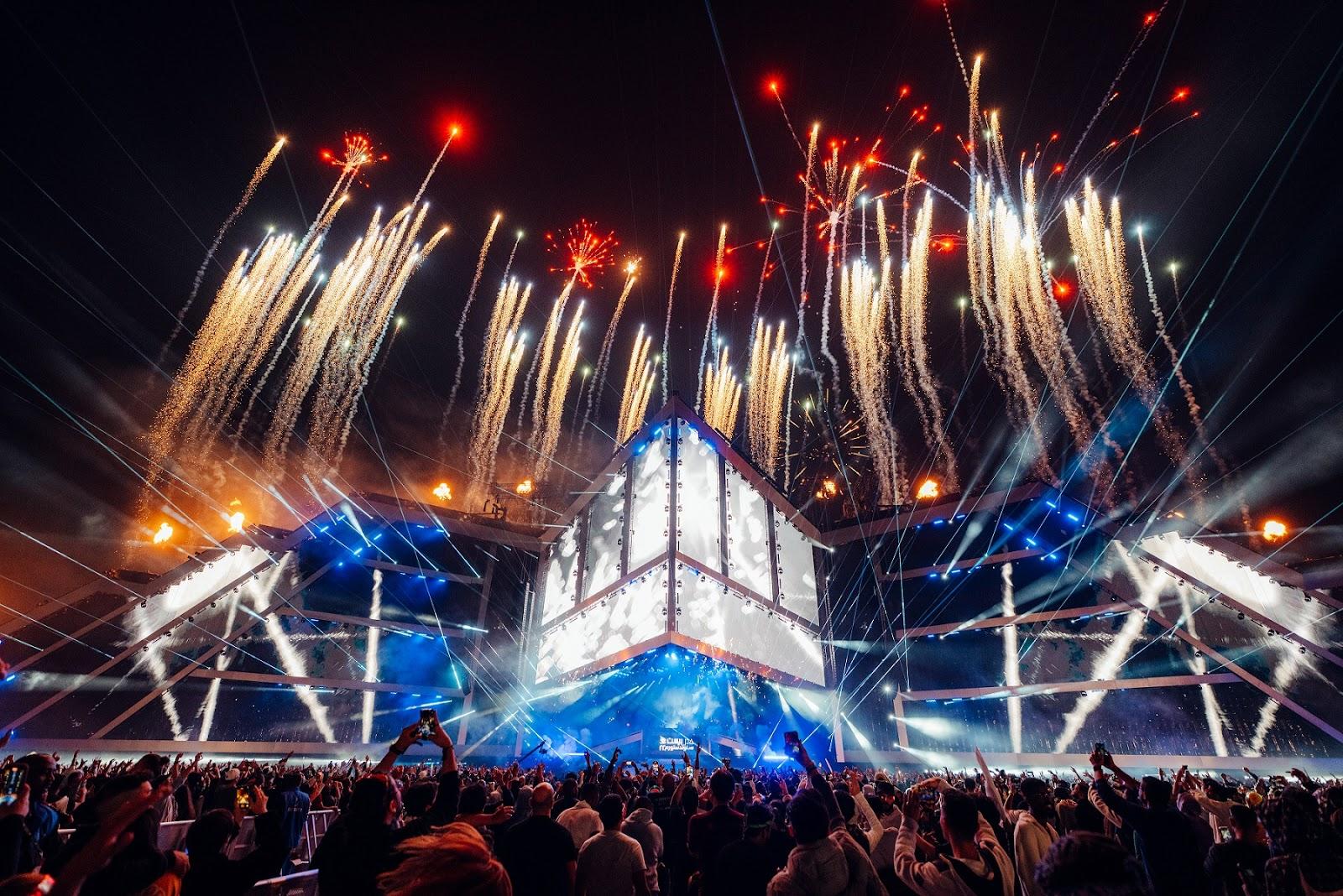 ‘THE LOUDEST WEEK IN THE MIDDLE EAST, organised by MDLBEAST, sees festival goers enjoy 260 hours of live music from 200 artists across seven stages
More than 600,000 fans attended the 2022 edition of SOUNDSTORM, organised by MDLBEAST and the highlight attraction of ‘THE LOUDEST WEEK IN THE MIDDLE EAST’. This year’s event was 61% bigger than last year with revellers enjoying 260 hours of live music from 200 artists across seven stages under the Banban desert skies. Bruno Marsand David Guetta concluded the three-day festival with stunning Saturday shows.
SOUNDSTORM 2022 saw the BIG BEAST, DOWN BEAST and DANCE BEAST settings joined by four UNDERGROUND stages, on a site with a total area of more than 5.5 million square metres. As well as EDM, hip hop and R&B, this year saw indie added to the diverse range of musical genres across several stages.
First, there’s the Guinness World Record-breaking BIG BEAST, which is the largest stage of them all. Measuring 135.5 feet, the stage welcomed hard-hitting international DJs such as Tiesto, DJ Snake, Swedish House Mafia, R3HAB, DJ Khaled (and friends), Bruno Mars, as well as David Guetta.
David Guetta, who headlined Saturday night on the BIG BEAST stage at SOUNDSTORM, commented that the feeling of performing in the Kingdom was “so special” because it “feels like being part of something that’s bigger than me”. He played a ‘Future Rave’ set on Friday night with Morten and  said: “When it comes to Saudi Arabia, I’ve been directly involved since day one with what is being done here, because I played the first SOUNDSTORM festival in 2019.  What I see as I’ve started to play in Saudi is people with happy faces.” The BIG BEAST stage on Friday was also home to the most memorable of nighttime sets courtesy of global sensations DJ Khaled and Swedish House Mafia. 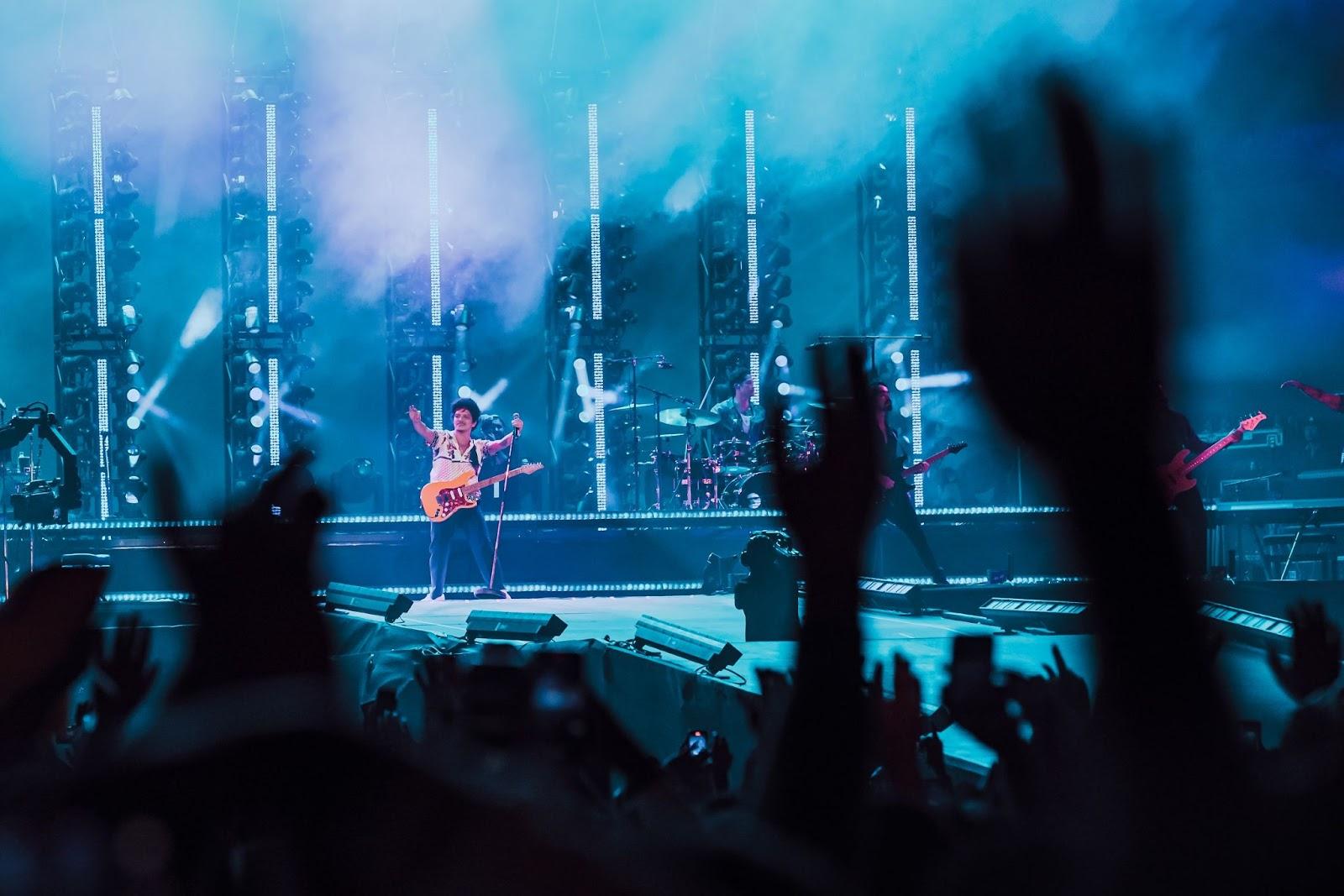 Ramadan Alharatani, CEO at MDLBEAST, said: “This year’s third edition of SOUNDSTORM has emulated the success of its predecessors, exceeding our own expectations as well as our guests, delivering a world-class festival experience, and ushering in a brand-new chapter for the regional music scene. Whilst setting new benchmarks for future music events staged in Saudi Arabia and the wider region, we’re equally proud of the legacy these last three days leave behind.

The response we’ve witnessed at SOUNDSTORM, and the feedback of huge anticipation we’ve received ahead of BALAD BEAST, highlights the love, appreciation, and demand for music amongst our communities. It is a beautiful mix that will advance the creative economy, inspire new talent, and propel the Middle East’s position as an emerging global hub for music, art, and culture.

“On behalf of MDLBEAST, I wish to extend our heartfelt thanks to all who have made SOUNDSTORM 2022 so enjoyable and impactful – from our dedicated staff and valued partners to the fans in attendance and artists on stage. We now look ahead to SOUNDSTORM 2023 and our fourth edition, so watch this space and stay tuned for news and updates in due course.”

This was a weekend that provided memories to last a lifetime. But fear not, because for people still in the region the beast is coming back soon to Jeddah on December 9th and 10th for BALAD BEAST, a stunning spectacle in the traditional courtyards of the city on the Red Sea with Carl Cox, Busta Rhymes, Rick Ross and many more.
FUN FACTS
200+ artists
61% bigger than last year
260+ hours of live music
80s metre high main stage
1300+ containers on site
5, 533, 985 sqm of festival space
7 stages
3 nights
100 food and beverage units
About MDLBEAST:

MDLBEAST LLC is a music entertainment company committed to growing talent, building the regional scene, and advancing the creative economy. MDLBEAST was established following the success of its flagship festival, SOUNDSTORM, in 2019.