After last week’s colossal headliner announcement, The Social Festival has unveiled the second phase of this year’s lineup, which is no less epic than the first.

Joining headliners Sasha & John Digweed and Carl Cox will be a handful of artists making their Social Festival debuts including pioneering dance music legends Andrew Weatherall and Laurent Garnier, who will join the festivities on Friday and Saturday respectively. They will be joined by Social Festival friends Guy Gerber and Hot Since 82, Maidstone new-comers Joseph Capriati, Bicep, and Paranoid London (Live) and festival co-owner/curator Nic Fanciulli, who will play both days of the festival. 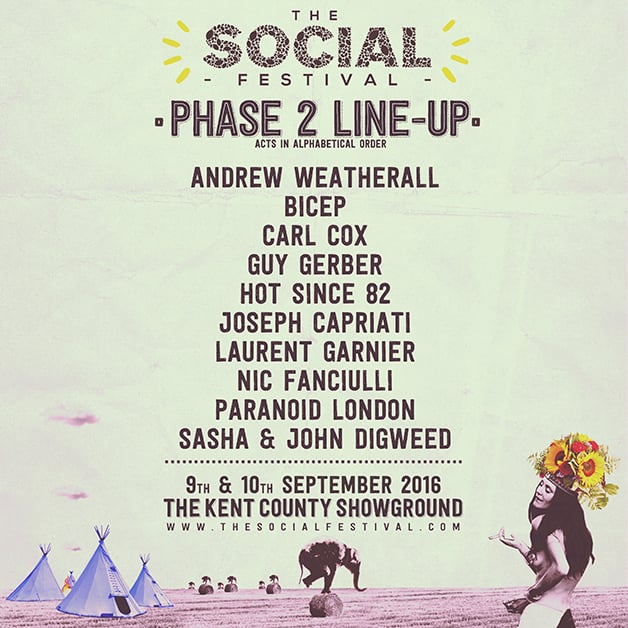