Here’s some great news from our friends over there at Diynamic… one of their star family members is due to drop his debut album through the label. Yep, the mighty Thyladomid will release ‘Interstellar Destiny’ on the 30th March, just a few week’s time!

Thyladomid is based in Germany and of course, if you didn’t already know, Diynamic is a Hamburg-based outfit. He was launched onto the international stage in 2010, when his single ‘The Voice’ went all the way to the top of Beatport’s infamous Deep House charts, and held that position for an impressive six weeks… eventually that awesome run got him a Beatport Music Award for “Top Deep House Track of the Year”. He is a core member of the Diynamic team, with regular appearances in their international showcases as well as a slew of great releases on the label, including well-received collabs with Adriatique, among many other acclaimed tracks and EPs. So, he’s a bit of a don if you hadn’t already realised! 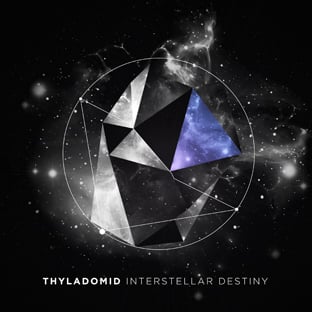 Now he’s produced his debut album ‘Interstellar Destiny’, and Thyladomid has used the opportunity to take a different approach with his music… According to our source at the label, ‘It does not feature the usual club sound you would expect from him’. His thoughtful and fragile nature is reflected in his album productions, making this album a very personal trip for Thyladomid. “I was actually imagining a movie scene that I would be doing the score for”, he says.

What the scene was, he hasn’t revealed… but we’re sure it’s a very intriguing one, as what we’ve heard from the album so far is sublime. Find out more about Thyladomid by clicking here to read his interview with our friends over at Deep House Amsterdam…

The album will be supported by a four-month album release tour through major European clubs like Watergate (Berlin), Indigo (Istanbul), Labyrinth (Antwerp), SQ (Poznan) and Harry Klein (Munich), among others.

There’s not much more to say other than BUY IT… You can pre-order here.