Going down September 1-3 at Randall’s Island Park, Electric Zoo: The 6th Boro will pay homage to the festival’s hometown, envisioning NYC in a way never seen before. Many of the world’s cutting-edge DJ acts will perform on new stage designs, with interactive performers, unique installations and more. More than 30 acts covering a wide range of styles will be featured across stages hosts that include Awakenings and elrow.

There are still over 50 acts still to be announced, but amongst the first wave, of notice are Claptone, Gaiser, Sasha & Digweed, Henrik Schwarz, and Paul Kalkbrenner. 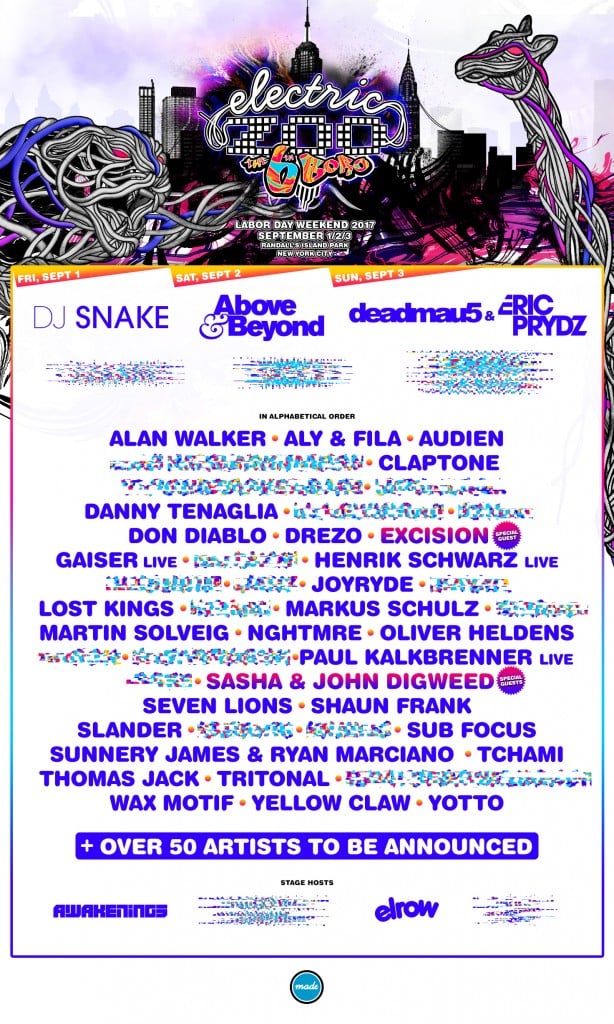