As you may have heard, yesterday came news of Hackney’s famed Dance Tunnel venue forced t  shut its doors next year due to “licensing regulations”.

After a slew of outrage hit the internet, including such prominent dance music names as Four Tet and Skream speaking on behalf of the soon-to-be defunct club, a change.org petition has appeared asking for signatures with the intention of re-reviewing the imposed legislation.

In a London environment where the powers that be drive prices up for old and new alike, the once thriving cultural scene has been decimated over the years, forcing venues to close, businesses to go bankrupt, and citizens to flea due to price gauging. With the recent news of Dance Tunnel, many are asking whether there even will be a London nightlife scene in the near future.

So,  join the thousands who have already signed the petition and, remember, never let the elites get away easy. If the Panama Papers taught us anything its that the global 1% simply do not have the interest of the people in mind, whether they may come from the government or just private citizens, the rich smell the blood in the water and will stop at nothing to create their Dystopian vision of an expressionless world. 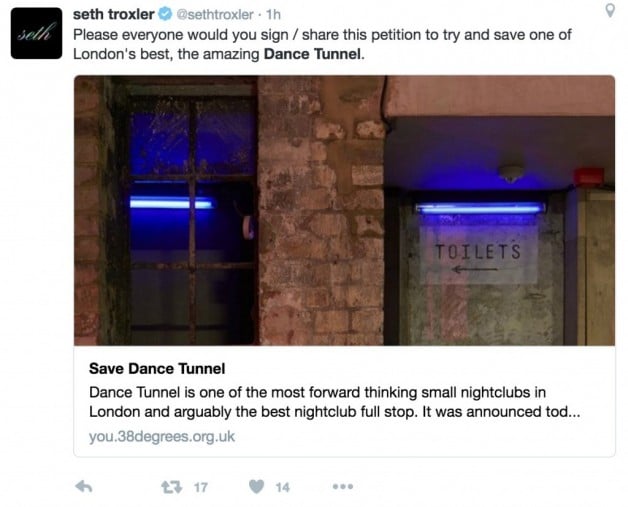