It’s hard not to love Amsterdam. From the scenery to the architecture to the people to its famous liberal values, it’s a city that, in many ways, is the antithesis to all that’s going on closer to home. What the ‘Dam does share with good old Blighty however, is a penchant for all things electronic music, whether that be house, techno or even dubstep. Recently, the likes of Rush Hour and Trouw have really given them a global agenda, although a smattering of festivals (not least Dekmantel), have proved just why it’s becoming such an essential pit stop for European ravers. And so it was that we descended on the city recently for Valhalla, a wide-ranging fest that encompasses numerous musical styles, with everything from crossover to more ‘under the radar’ acts footing what was an impressive bill throughout. 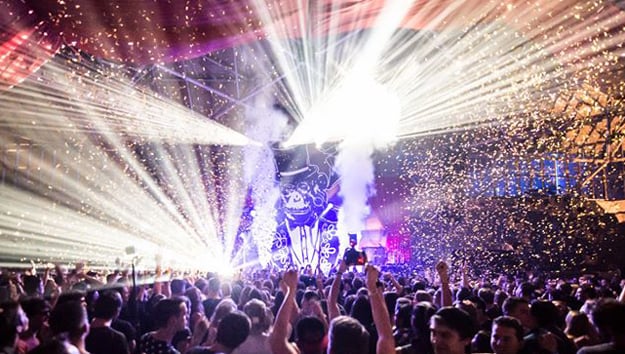 That said, Valhalla was a festival that felt more like a close-knit session amongst friends, if not just for the décor and the format (it was themed around a pretty cool circus vibe) as the music. As always with such events in Amsterdam, it was scrupulously organized too, while the crowd was an appreciative and educated bunch, all of whom seemed intent on starting the holiday season with a real bang. The party vibe was evident from the festival’s penchant for decoration too, with many patrons making the effort to dress up and even a small ferris wheel and a haunted house lending matters an extra quirky tone.

None of this, however, could prepare us for the musical onslaught that was to follow, and all clichés aside it was in this domain where Valhalla really earned its stripes. The Bronx duo (Mixmag’s DJs of the year no less), The Martinez Brothers, were on really top form, as they rolled out a series of astute cuts that perfectly fitted the party’s eclectic mannerisms. Flanked by eager acrobats, it all made for a real occasion that impressed both aurally and visually. 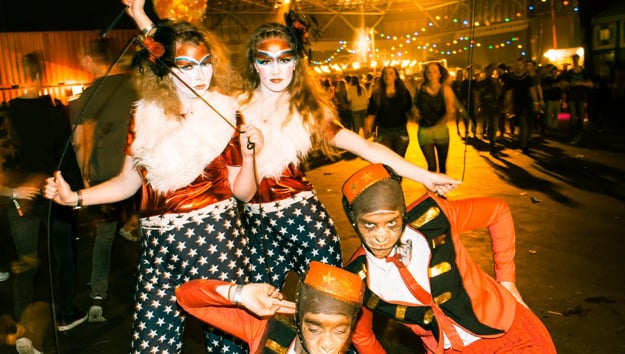 While house was the predominant sound, there was also room for hip-hop too, and Flexicon really impressed here. Despite not knowing much about him beforehand, his hour-or-so set featured a bevvy of clued-in rhymes, and he’s definitely one we’ll be looking out for again in the near future. On a more contemporary tip, Ben Pearce reminded us just why he’s spoken of as one of his country’s finest such proponents of modern sounds. Boddika – a real festival regular who seems to thrive in unusual settings – played a hard as nails set, giving the techno fans in the audience a perfect example of his quality.

The night’s biggest star turn, however, was Joris Voorn. A bonafide superstar these days (and especially in his hometown), the Rejected boss spun a set that was gleaming with good vibes from the get-go, almost as though he was extra determind to impress his hometown crowd. That much he most definitely did, and we left Valhalla feeling like we’d experienced something very special indeed.