At a cost of just £3, students at Newcastle University are being offered drug testing kits on campus in order to increase safety measures when using illegal drugs.

Part of an initiative called test Your Drugs, Not Yourself, the world-first campaign is meant to provide the tools and information for students to make more responsible and informed decisions on matters of drug use. The grassroots led operation, which is also in conjunction with Student’s For Sensible Drug Policies, aims to “an open platform of discussion for drug-related issues and to develop sensible drug policies,” with the groups president Holly Robinson explaining, “Although drugs are illegal, statistics suggest lots of young people still use illegal drugs, and that the prevalence of this use is even higher within student communities”.

The testing kit themselves is rather standard, essentially turning your substance different colors when mixed with its chemical solution. The colors are representative of what (if any) adulterants can be found in the drug. Robinson does offer a word of warning, however, “This campaign does not claim to be 100 per cent reliable, nor does it encourage drug use. But we do think it is a good first step towards a harm reduction-focused approach to drug education, and we also hope this can act as a milestone for educational establishments to talk more openly about drugs in the future. …Drugs are a taboo topic, but this is leading to unnecessary deaths.”

As we’ve reported here numerous times, and twice in the last two weeks, dangerous and highly potent drugs are seemingly commonplace around the world. It is obvious that a “zero tolerance” policy toward drugs is inherently flawed, with Newcastle University changing their policy just last year. So, when will the powers that be finally realize that it is rehabilitation, education, and awareness that will curb drug use, not taboo and incarceration. 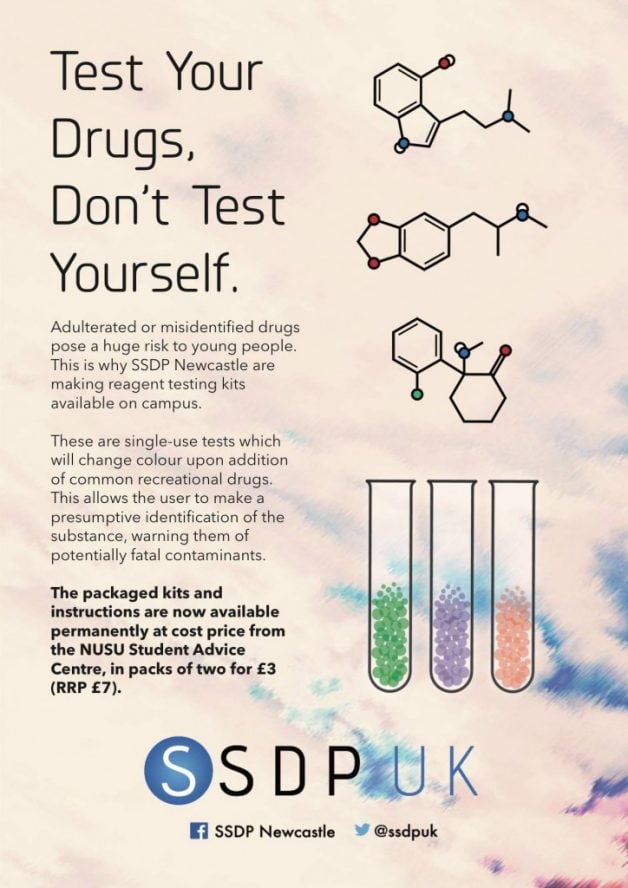 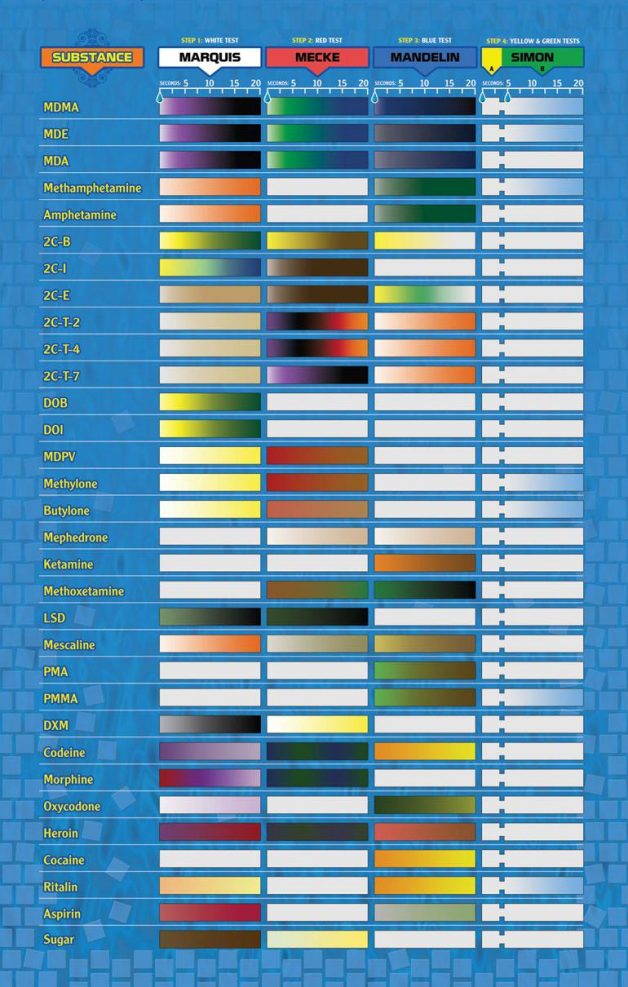