Silly season is just around the corner (that’s Christmas party season in case you didn’t know), so why not get prepared for the crazy month by getting in there early and training yourself up? Ok, we’re messing, but on a serious note whether next month will be a busy one or not there’s no excuse to miss out on all the brilliant parties happening this weekend. Check out our guide below for the best of the best…

Two of Studio Barnhus’ best come to London for the capital’s strongest Thursday night party, hosted by Huntley + Palmers at Plastic People. This is serious one of the most consistent events on the weekly calendar. Be there.

A party that started in the basement of a 5* gourmet eaterie in Cardiff is transposed into the London landscape to celebrate its 3rd birthday with one of our best DJs on hand to spin a bit of disco. Craig Richards is at the controls for what should be a fantastic party.

Next door to The Colombian, where Studio 89 host their birthday, their friends from one of Bristol’s best events, Just Jack, will be getting busy alongside the mighty Smokey Bear for an equally mouthewatering affair. Buy tickets for both, as they’re right next to each other and both more than worth a look. And there’s an after party just down the road… boom!

The world’s biggest dance music magazine brings in one of the world’s biggest DJs for an almighty party. MK has been around since the last eighties, dominated the nineties with his ‘MK dubs’, disappeared for a while and was brought back to the house scene by Lee Foss and Jamie Jones. Now he’s even bigger than he was 20 years ago. This should be THE ONE this weekend.

Ministry Of Sound is one of London’s most iconic venues and rightly so, they’ve been at it for a long time now and have maintained a consistently strong ethos since they opened many moons ago. Henry Saiz will be a big draw this weekend, as will the legendary Nick Warren.

One of our personal faves, Half Baked, celebrate their 5th anniversary with an almighty 18-hour soiree at the always excellent Studio 338. The line-up is ridiculous, Zip is worth the ticket price alone! Be there, be there… BE THERE. 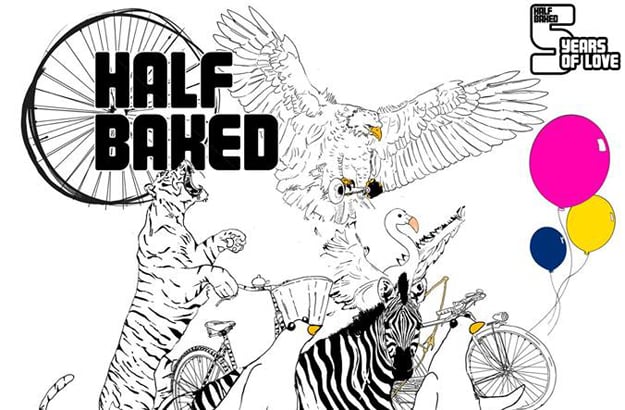 Two badboys get busy all night long at Lightbox this Saturday. Mosca and Jus-Ed will be throwing down some serious jams at the south London venue no doubt, so it’s definitely worth a shout.

Find Me In The Dark 1st Birthday

Another fine promoter celebrates their birthday this weekend with a strong line-up. Happy Birthday Find Me In The Dark!

SMD keep their residency at XOYO rolling with Crosstown Rebels visionary Damian Lazarus, along with Kiwi and the big man himself, Artwork keeping things bubbling in room 2 all night. Sick.

A Night in Paradise at Ministry Of Sound

As we all know, the Paradise Garage is pretty much where all this music came from (along with several other key clubs back in the mid to late eighties). It’s atmosphere and ethos has maybe dissipated over the years, but this special night at Ministry Of Sound aims to celebrate the permissive, free-thinking vibe of the Paradise Garage with a suitably strong selection of DJs to bring the party all night, in all three rooms. Essential Sunday destination… go on, call in sick!

November 30 | Ministry Of Sound | A Night In Paradise |

WetYourSelf keep up their ever reliable Sunday night party vibe with Mr Russ Yallop, Hot Creations and Crosstown Rebels affiliate. Should be a quality event!