The much loved Glasgow dance music institution The Arches has announced its filing for administration following its recent licence revocation.

The venues’ board has proclaimed they had “no other choice” as the revocation resulted in a 50% drop in revenue. With the closure, some 130+ employees, freelancers, and artists will be left jobless. Chairman of The Arches Board of Directors, Gordon Kennedy, said: “The board has taken professional advice and is left with no other choice than to begin the process of appointing administrators for both The Arches Theatre Ltd and Arches Retail Ltd.”

After police complaints about drug and alcohol incidents including high-profile incidents, like the (suspected) drug-related death of a 17-year-old patron, who became ill at the club in February last year, the city has explained that it cannot ignore the issues any longer. A spokesman for Glasgow Licensing Board, which is made up of cross-party councillors, said:

“The board simply could not ignore the evidence presented to it in relation to The Arches. Over 200 drug-related incidents were detailed at the most recent hearing as well as numerous call-outs to the ambulance service, which often related to people in life threatening situations. The evidence presented to the board clearly showed that the continued operation of The Arches’ late-hours licence threatened public safety, created a risk of crime and endangered the health of individuals. Unfortunately the conditions the Arches agreed to following the death of one of their customers did not curtail problems at the venue and the board had no option but to take further action. The financial situation of a premises can never be a factor in the decision making process of the board”.

Callum Smith, a theatre producer from Glasgow, has started a petition to appeal the decision, gathering close to 40,000 signatures since May. Smith adamantly declares, “I think there will definitely be demonstrations, people are really shocked and want to do everything they can to stop the Arches from closing permanently”. Going on to say, “We weren’t sure what was happening before but now this has happened I think Police Scotland and Glasgow City Council will not hear the end of it”.

The closure of the 2,400-capacity venue has alarmed UK nightclub owners like never before, especially as The Arches was widely recognised as one of Europe’s most dynamic arts centres with an admired theatre program, as well as welcoming marquee artists like Jeff Mills, Carl Cox and Dave Clarke, who commented on the closing as: “a tragic blight on our city’s cultural landscape”.

But the problem is not specific to Glasgow as several venues, as well as UK markets have been feeling the pressure from law enforcement, city officials, and corporate interests alike. Over the last three years, more than a dozen venues in London alone have been shut down, including Cable and Plastic People. Some of these have fallen victim to Network Rail, a public body that maintains Britain’s rail infrastructure, yet explanations for other closures mostly stem from police action (itself stemming from rapidly centre-right political influence). For example, the death of an 18-year-old woman at fabric in 2014, from reported ecstasy use, brought on a review of that venue’s licence, as ehe was one of four people to have died at the venue in the last four years.

Much like The Arches, the  response to fabric was in demand for more restrictions in the name of “safety,” with recommendations of sniffer dogs, ID scanning and more CCTV. Some other pockets of the UK that have been subject to police pressure have been Liverpool, where an orchestrated drug crackdown has closed several of the city’s nightclubs, including Republik and Lomax, as well as Garlands, after the venue was suspected of allowing drug dealing on its premises, resulting in a 140 some police officer raid.

By this point, it is safe to say that nightclub owners and police cannot trust one another to cooperate on a compromise that would benefit both sides: a safe environment without an omnipresent authority. With the police influenced by the law, as well as holding an inherent skepticism toward electronic music, in practice the results frequently result in the opposite sentiment.

Sign the petition to reinstate The Arches license – HERE 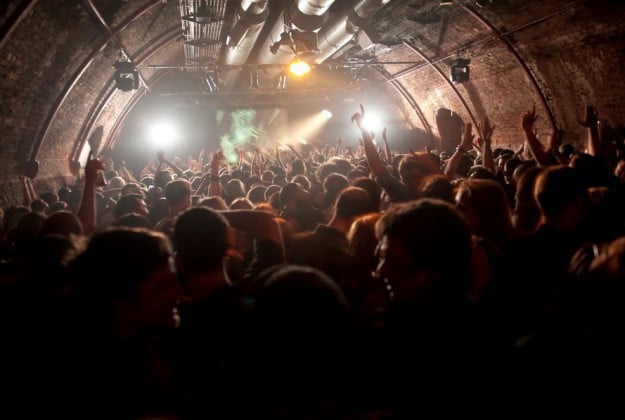