With the summer heat approaching and after festival season already began, we are moving closer to some of the biggest global festivals. This year we are taking a closer look at Sónar as they will deliver wide range of artists, conferences, stages and much more. Held in beautiful Barcelona, Sonar will definitely write many people’s stories for summer 2017.

Festival is not focusing only on well known genres, therefore they recently announced the opening of a new stage – Sónar XS, which will give an opportunity to young names and underground/extreme sounds. Sónar XS and other stages will be a part of Sonar by Night program, on top of that, Sónar by Day at Fira Montjuïc will be delivering DJs, concerts and Sónar D+, the congress that is combining international creative industries with technology and entrepreneurship.

There are many reasons to attend Sónar – you can be a music lover, a tech junkie, a geeky type that never misses a lecture or a passionate traveler that won’t allow him/her-self to miss this event.

See you at Sónar! 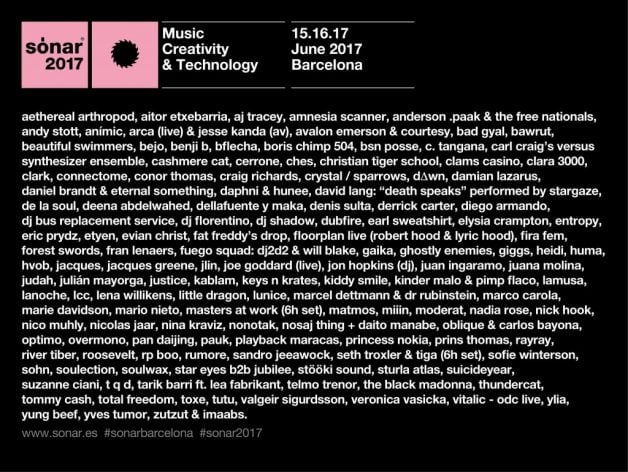