The foundation, who’s aim is to “dedicated to the advancement of Frankie Knuckles’ mission as the global ambassador of house music through media, conservation and public events continuing and supporting the causes he advocated,” celebrates Knuckles’ 18 January birthday with the annual event. Many icons of House including David Morales, Louie Vega, Terry Hunter, Derrick Carter, Michael Serafini, and will be behind the decks all night. The event, titled: For Frankie, will also feature live performances by Rochelle Fleming and Adeva.

For those who don’t know, few figures in contemporary music have influenced their respective fields the way Frankie Knuckles has revolutionized dance music. As one of the most renowned DJ’s in the world, Frankie Knuckles packed dance floors with his unique style for almost 30 years.

*All proceeds from ticket and bar sales will be donated to the Frankie Knuckles Foundation. 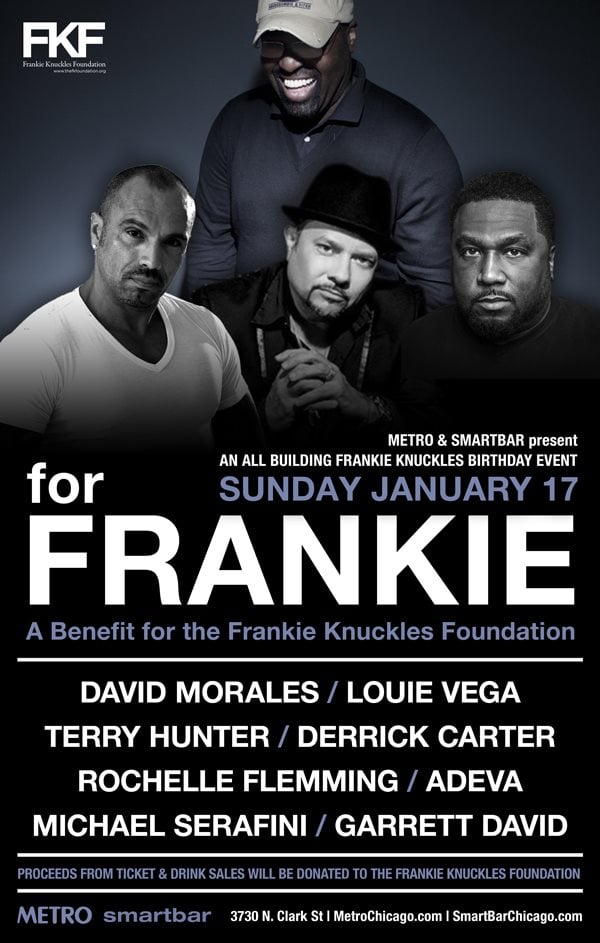