This is probably the coolest damn re-release we have seen come out in a long time. Not just because of the music, but also because of some incredible packaging.

LA-based record label Stones Throw is sparing no effort in their upcoming reissue of the iconic release of eighties electro hero, Egyptian Lover, ‘Egypt Egypt’. But aside from the fact that his kick-ass music is being introduced to a new generation, the presentation of the record is equally rejoicing.  The record is a white triangle vinyl and the sleeve is comprised of 8 black panels with gold foil that fold into a free-standing pyramid..

The single will be released on Record Store Day and is available to pre-order now. See more images of the reissue, courtesy of Stones Throw, below. 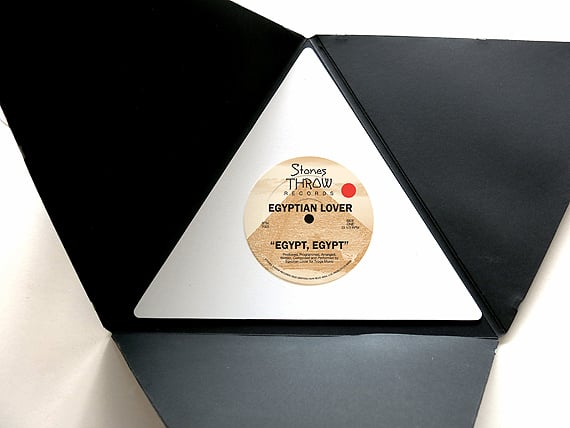 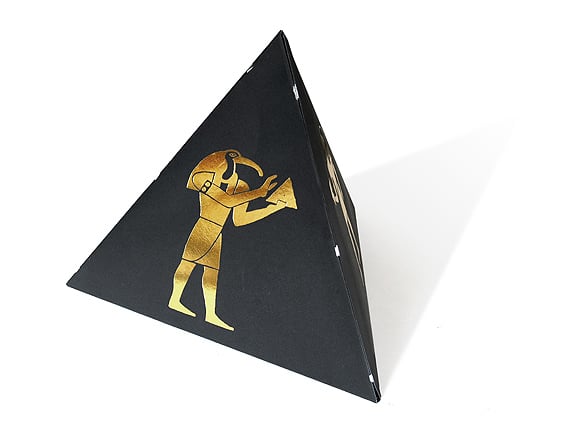 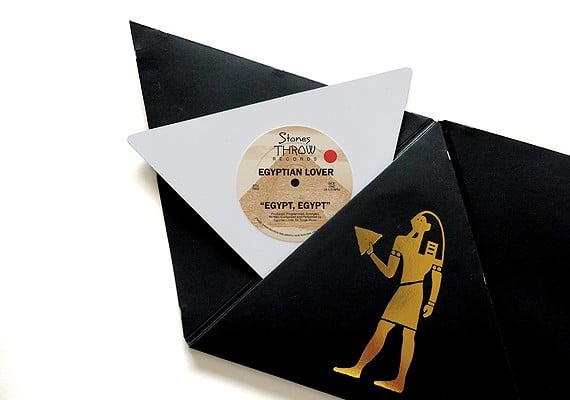