But it’s an eternal word, I don’t think it should be confined to its historical context.

But I find they put a label on you, and then you have to explain the tag. It’s like, when people say “You are cosmic: What is cosmic?” Then you know they don’t know anything, they just read, “Oh, Barnt is cosmic?” They don’t even know what cosmic is, that’s why they ask you.

And yet it’s clearly important that people know something about what drives the music they’re dancing to.

Yeah. When I read interviews from musicians, I already know the music. I want to know what they are. Interviews are gossip; the music should speak for itself. An interview with a musician is not really needed, I believe, unless you get to know something more – would this guy be a friend of yours or would you hate him? That’s important to me.

If I DJ, I don’t want to play music from people who are racist, for example. But how do I know? It’s hard to tell, from every record you buy, what the artist thinks, but in the end, I think it’s really important. For example, in Leipzig, there’s a strong anti-fascist scene. So I always feel really good when I play their music, because I know I’m not doing something wrong or against my opinions. But it can be a bit hard, especially in territories I don’t really know so well. Especially if the techno’s a bit harder, sometimes I don’t know, is it left wing or is it right wing?

In the music we do, there are usually no words. In all other western popular music there usually are. People explain themselves, they take a position, and you know, “this rapper hates girls”, for example. Or he’s scared of them. So you know how he’s ticking. But when I play, like today in Trouw, in a massive club, I don’t want to play a track to eight hundred people that is from a racist guy who is against gay people or women or anybody else. It’s really hard to figure out how people tick in the techno scene, because there are no words. 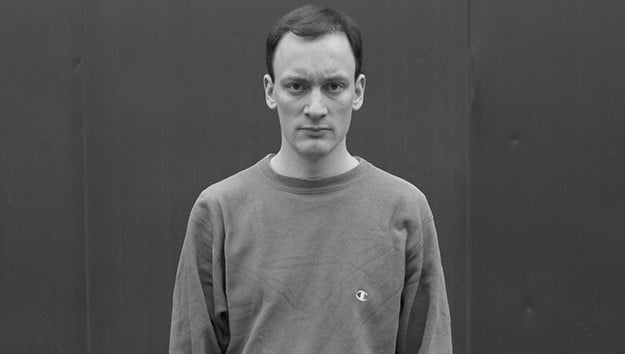 So tonight you must have felt as euphoric as you sounded.

Did it sound euphoric?

Yes, and it shocked me because your music so often sounds so agitated or anxious, particularly on your new record.

I even played “Happiness” from Soul II Soul. I knew it was going to be super special for me. Trouw was the first club to book me internationally. I didn’t have a mix out back then and I had never played outside Germany, but Job Jobse booked me. So I’m super connected to it. I knew exactly what was going to happen somehow. I knew all of my friends would be there, Job would be there, I know the PA, and it was going to be my last time here. I knew what to do, and I wanted it to be euphoric, because I felt euphoric about it. I played some sad tracks, but in general for me as a DJ it’s really important to reflect the feelings of the dancers. I don’t like when people only play happy tracks, because I know that some people in the club will be sad.

That’s the difference, for me, between being a producer and a DJ. As a producer, I can do whatever I like or feel. But as a DJ, I want to reach as many states of mind as possible. I don’t want to stick to one because when there are 800 people, each in a different emotional state, and I want to reach all of them. Otherwise, I shouldn’t be a DJ. So I only feel I’ve played a good set when I feel I reached different states of mind. That’s important for me.

Tonight, I knew it. When you are in Trouw, and you look at the walls or the speakers, it’s almost holy now – this might be the last time I see it. I wanted to reflect that in my set. I wouldn’t play so many emotional tracks one after another on a regular club night, because that would be too much for people who just want to have a good time, feel the bass drum and get some rhythms. But tonight, for me it was super clear that the people had brought the emotions with them.

And your set took such a journey. It started off dark, and at times those minimalist elements would dominate. But then a chord would float across a few beats and disappear, changing the character of the moment entirely. That attention to detail is so rare. It felt so much that you were thinking and creating on the spot.

It’s nice if you feel it like that. You know, when you play, sometimes you are hung over or nervous or a bit drunk already. You might be too excited or distracted by friends. But today, because the situation was so special, and I knew that before, I felt when I stood there that I was much quicker in my head than I usually am in the DJ booth. So I could decide in ten seconds, “No, I’m not going to play this track, it’s not going to work, I’m going to play another one” – things that sometimes take a minute or more, that you have to either rush or just accept that it’s not going to work. But today, I just had the feeling I was super functioning. I was emotional, but I was so functioning. And it’s a good thing because that means you are well-accepted and there’s no fear, there’s no pressure on you. I didn’t know what to play before. But because I knew the situation, I could think about it, react quickly and just play that set.