All the tour dates announced so far have one thing in common – they are some of world’s biggest music events in 2015. What was important when you were deciding where would you like to showcase your new concept?
For me it was important that I bring the show to the right events and the right locations. This project has been extremely costly for me and it’s still a challenge to make it affordable for not just me to be able to cover the costs, but to the promoters who have to provide so much of what we’re asking. In the end, bringing the shows to as many fans around the world is a team effort so we really do rely on working with the right promoters who believe strongly in my vision and the kind of show I want to bring to the fans.

What kind of experience does one get into with HYBRID?
I wanted to wait until I had amassed a body of work that I was very proud of; something that really was able to trace the evolution of my sound from the beginning to what it is today. It’s a fully realized “ ubfire experience;” collecting a vast number of my original productions, collaborations and remixes, presenting them all in a new way and taking it into the live performance arena. I also knew that I didn’t want to just throw random images onto an LED wall so I worked very hard on the visual concept with the VOLVOX team. Together we set out to create a beautifully rendered story of a futuristic world in which man and machine co-exist as one superior “HYBRID” being. So it’s been great to watch audiences get pulled into the story from the first moment to the last.

When can we expect the second release of tour dates?
As soon as we can confirm and/or announce them! Stay tuned…

Next to HYBRID, there is your collaborative album with Miss Kittin. Can you tell us more about it and how did the idea for collaboration emerge?
Caroline (Miss Kittin) and I are good friends who had been talking about doing something together for years. I sent her an instrumental version of this track I had done and she wrote and performed all of the vocals; we both loved the results and the chemistry we have and so do the fans! So we’ve just started working on our next collaboration entitled “Ride” which I’m even MORE excited about!

Last but not least of importance, not too long ago we witnessed the reunion of Deep Dish. How did that come along? What can we expect from you guys in the near future?
Initially Sharam and I had no intention of working on new music together; we simply wanted to get out there in front of audiences and especially the fans who were begging for a reunion for years. But our curiosity peaked and we decided to spend a few days in the studio in early 2014 which yielded the “Quincy” single. We really felt that both of our unique and vastly different musical aesthetic was reflected in a new way with that single; it became the spark we were looking for to explore further studio explorations which led to working together for a full month in February of this year. 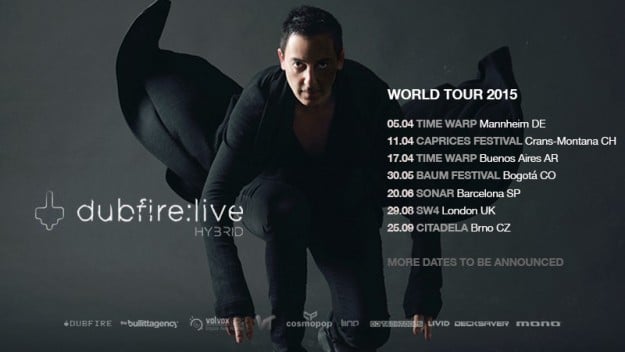