With a year that started with the well received “Joint Custody” EP on their own Cuttin’ Headz Records, The Martinez Brothers will now organize an epic takeover to close down Miami Music Week (MMW).

On Sunday, 26 March, The New York brothers turned international dance music superstars bring a slew of friends and special guests from 11pm Sunday and run through to Monday night. The 24 hour format will allow the guys to fully explore their own catalog and their diverse musical range, from their signature tech-house to the Latin disco of their roots, while also curating the carefully selected (secret) lineup.

With the event, The Martinez Brothers join the esteemed ranks of Loco Dice, Carl Cox, and Victor Calderone to contribute to the dance music tradition 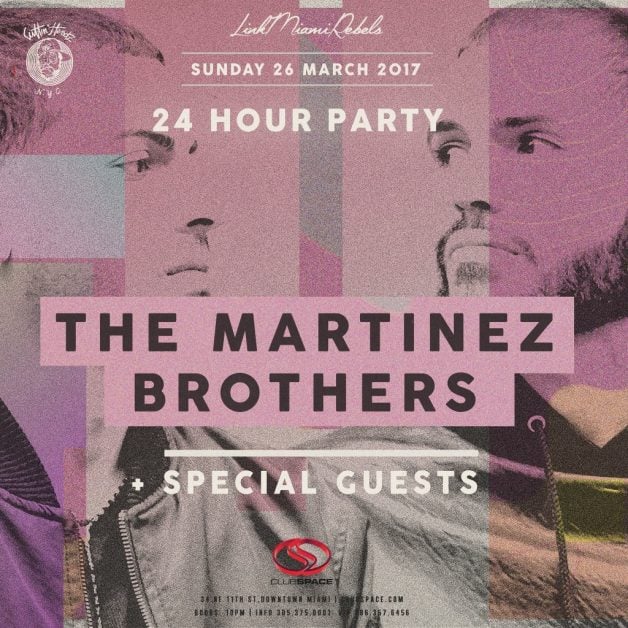