Space Dimension Controller is the cosmic entity galvanizing dance music traditions into his own cyberpunk aesthetic.

A genuine character in modern electronic music, having released on the likes of Ninja Tune, R&S and Clone, Space Dimension Controller has also gone onto play at all the major Festivals and clubs on an international scale. His Flourescent Trails laser ballet show has gathered critical acclaim and his Boiler Room set from hometown Belfast has been over 4million times online. With new single ‘EXOSTACK’ and projects coming in 2017, the future is certainly SDC’s.

On 22 July, Space Dimension Controller joins Tsepo, John Noseda, and the night’s SECRET HEADLINER at De Zomerkantine, Amsterdam’s Saturday evening for the best that its underground music world has to offer. Find all the information and tickets below and make sure to stay tuned (or call the Hotline: +316-2788 4466) for the announcement of the secret guest. Here, anticipating that event, Space Dimension Controller drops this exclusive Flourescent Trails mix, recorded live! 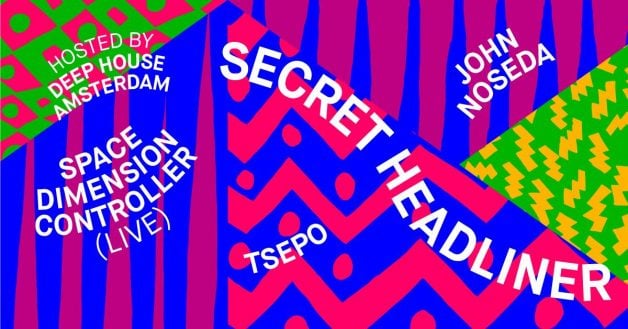