Even though the summer season is ruled by festivals, the thriving club scene of Amsterdam is not to be forgotten.

During the months of June-August, De Martkantine presents a new summertime concept – De Zomerkantine – each and every Saturday lasting through the summer months. The idea is simple, coinciding with that weekend’s festival to bring a special (secret) headliner to the club. Why? Well, with festival season in Amsterdam being so competitive, sometimes the nightclubs suffer due to a variety of reasons – exclusivity, schedule conflicts, etc. De Zomerkantine looks to solve this with its unique concept.

With De Zomerkantine, the venue and its partners will work closely with the weekend’s festival, bringing one of the headliners (alongside several supporting acts). The catch? This headliner will ONLY BE REVEALED THE DAY OF THE EVENT by calling De Zomerkantine’s special summer hotline!

Alongside the music, De Zomerkantine will dress up each event with a jungle theme, an outside smoking lounge, a supermarket for various exotic refreshments, and a secret stage hidden somewhere in the venue. Check out the June lineups below, which begin this weekend after Amsterdam Open Air, and make sure you call +316 2788 4466 the day of each event. 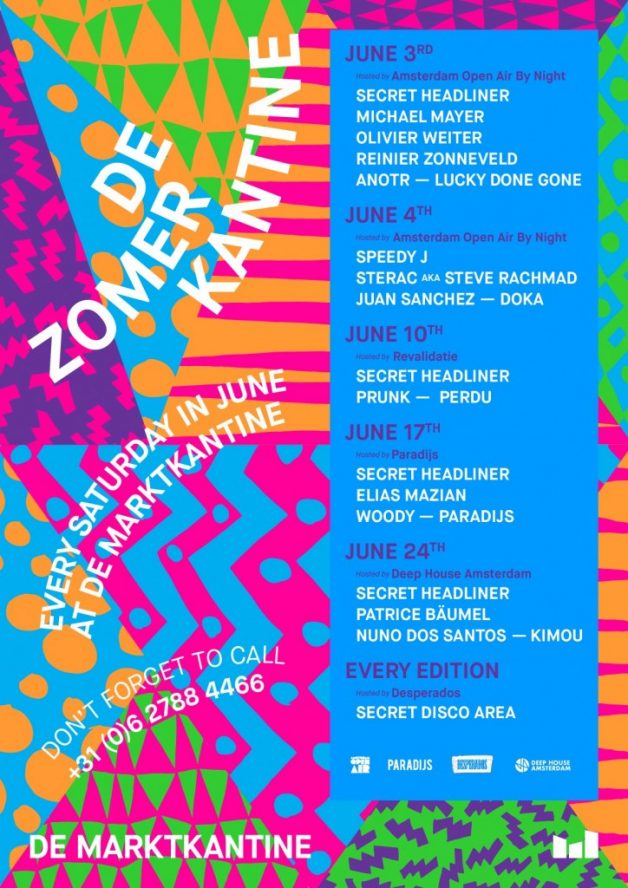