The BPM Festival 2016 wrapped the 9th edition of it´s ten-day music festival. Located in the beautiful Caribbean town of Playa del Carmen it featured over 375 artists playing in 11 official venues. It´s a lot to choose from in 10 days, but there were some that really made an impression on me so I´ll tell you about my favorite parties over the course of 10 days of sun, sand and electronic beats. 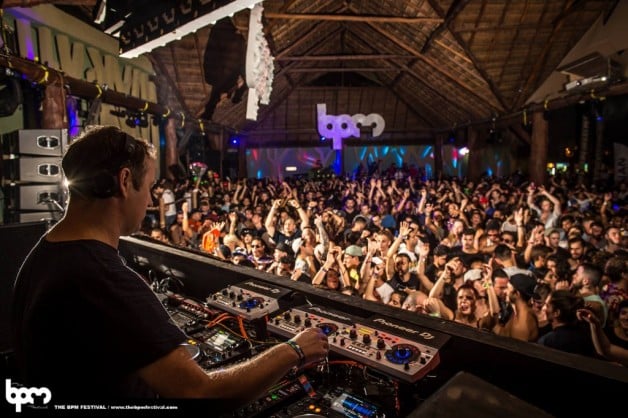 The opening night saw the Blue Parrot club absolutely rammed. You could tell from the moment you arrived that the sound system had been significantly upgraded with a heavy duty rig emitting heavy low end bass sound that dragged you right in. It was tough to find any room to dance but the selections were great. Gorgon City were on the decks when I arrived and were playing some nice sounding techy grooves that had real weight to them. Blue Parrot has been around for many years and recently underwent a big renovation, so if you´ve been there for earlier editions of the festivals you would have noticed how open it feels now compared to before.. The back area opens up so you can be near the water and take a break from the heaving mass of bodies that filled up the space in from of the DJ booth. 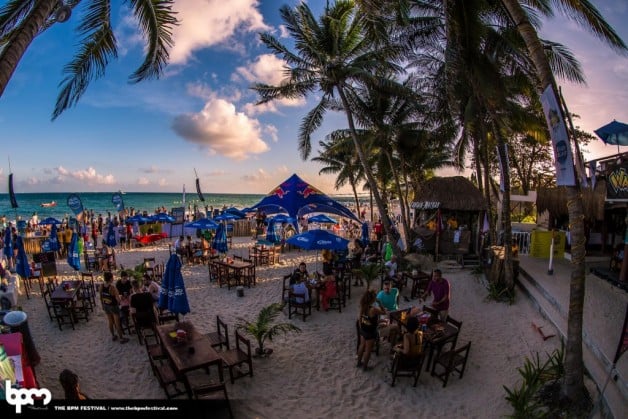 Saturday afternoon I was down at Wah Wah beach club. This is one of the new venues to be added to BPM after the loss of Mamita’s Beach Club and Fusion from the year before. Located just off the main street Juarez it was easy to get to and and a real step forward for parties on the beach that are located near the main downtown area. Since Wah Wah is used to operating as a concert venue it was well prepared to handle this set up. It has a very high roof Palapa, which gives it a spacious and open feel, even though you are indoors. With the DJ booth located deep inside the venue near the back exit and extra speakers set up around the beach area it was just the right level of loudness for carrying on conversations or relaxing a bit by the water. Inside the lighting rig was spectacular, a combination of roaming search light patterns, strobes and multicoloured washes that would sometimes drop to a low, almost dark level. This is the way that a dance floor should look, with the light levels working with the music to create a fusion of light and sound dynamics. It took a while to fill but the people inside were enjoying themselves. Once Gorgon City took control they proceeded to lay down a nice mix of very musical sounding grooves, mixing older vocal tunes from years gone back. The sounds of “Deep inside, deep deep down inside” brought a smile to my face in recognition, especially after the dropped a nice baseline in the mix to modernize it a bit. 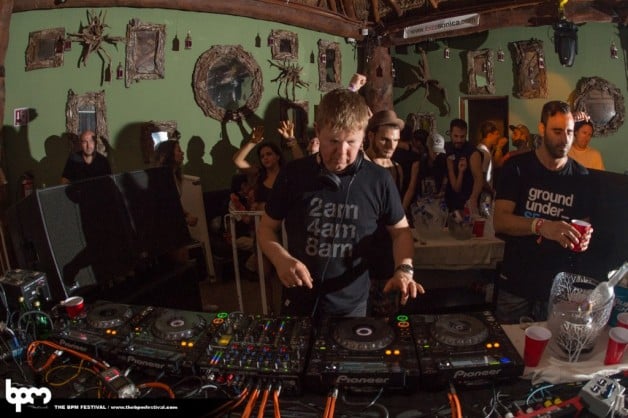 On the 3rd day of the festival it was back to the Blue Parrot for John Digweed’s daytime Bedrock party. I wish there had been more events scheduled for this venue during the day as it is a nice place to hang out, especially after the redesign it went through recently. After a nice warm up from the first DJ it was time for label boss Digweed to get things going. Needless to same it was up to the usual standard that I’ve always expected from him and his mixing skills are at a very high level. No fancy showboating tricks, just a solid layered groove that sounds like it was mastered by an engineer. His control over the sound is terrific, and it’s nice to see he’s adapted of the years to changes in the music coming out without fundamentally altering the way he plays. 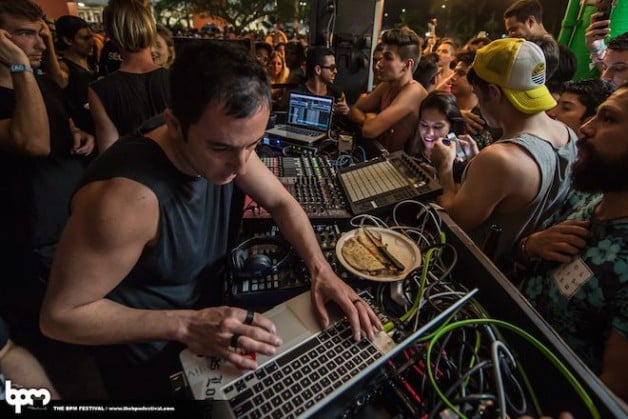 Word got around that Richie Hawtin and Dubfire were doing a pop up party at El Fogon, which is becoming an annual event from these two. It’s a novel concept, taking over the 2nd floor of a restaurant to lay down some heavy techno beats, with the street closed off and hundreds of people gathering around to see what was going on. Granted not many of them seemed to be techno lovers but rather curious onlookers, but inside close to the DJs it was going off proper, people were really having it and enjoying themselves. I turned to my brother and said that I never imagined years ago to hear this sort of music played out in place like this, with the cooperation of the city and local police to make it happen. Only in Playa del Carmen. For me, it was an example of the unique nature of this festival. 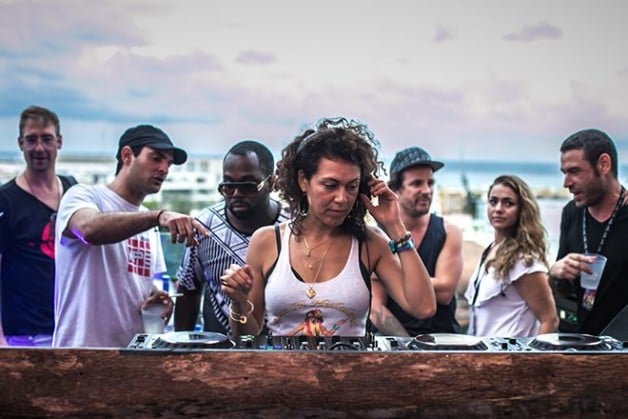 This event happened mid-week at the new Thompson Hotel, originally set up for media and industry but later changed to invite only. Apollonia were the DJs providing the sounds to this one and I have to admit this ended up being one of my favourites. The Thompson rooftop boasts a terrific view of Playa and the space is really nice. Great for hanging out and interacting, while the dance floor area was in a medium sized gazebo where the DJs laid down the beats with a sweet sounding speaker set up. To me it was ideal, and I hope to see more events like this and the use of this space. 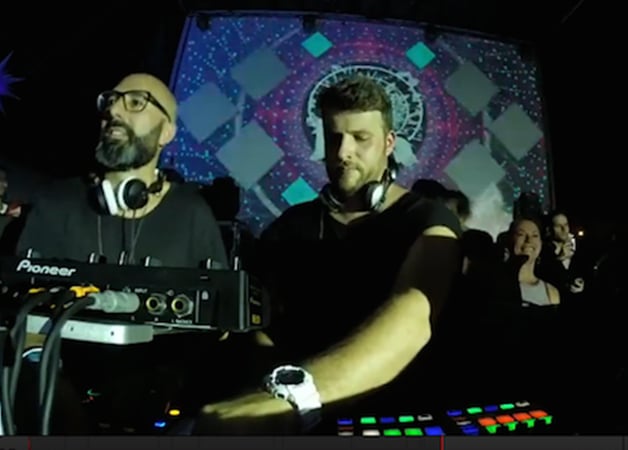 The Stereo event took over Wah Wah for the final Friday afternoon/evening, and was easily one of the best parties I attended all week. Chus and Ceballos were working the room nicely and the crowd was really enjoying it, both inside and out. The beach area was comfortably full while the bar area and the front of the stage were heaving with sweaty smiling dancers. This is what a BPM party is supposed to be like, I thought to myself. Watching the sun go down near the water and then losing yourself among the lights and sounds in the massive palapa. I hope that they keep using this place next year.

The BPM Festival has definitely seen many changes since I first went in 2012. Although I still miss some of the older venues, the addition of Wah Wah and the continued use of Cannibal Royal satisfied my needs for beats on the beach. The night time parties are as well organized as ever, thanks to the use of clubs that are operating year round, making this feel like more of a pub crawl than a festival, where you can bounce around different venues and hear music in proper club locations. it´s much better than in some wide open space with a massive stage. which is not my idea of the way electronic music like house and techno should be experienced.

Next year will be the 10th anniversary of the festival and I expect that BPM will make it very special thing in order to celebrate this landmark. I´ll see you there in 2017!

All images courtesy of BPM Festival