With the twentieth edition of the Amsterdam Dance Event behind us, the dance community is already fixing its sights on the next best thing to come, and that’s that the festival happening on the other side of the Atlantic: The BPM Festival. Each year the unmatched, ten day event on Mexico’s Yucatán Peninsula, set in the tropical paradise of Playa Del Carmen, is the designated spot where every artist, mover and shaker will head to right after the new year has set in. And for its 2016 edition, BPM has just released the first phase of the line up. As usual, it’s massive.

This first release of the all-encompassing roster that is to present the top of the heap in the international house and techno scene, is already a sight to behold, and holds enough artists to already hold three different festivals with. Last year, 375 artists in total were booked for The BPM Festival. For its next edition, the numbers and quality of the musical curation will probably solidify the festival’s place in the underground music scene once more. Check out the full first phase release below.

The BPM Festival official travel portal is powered by Orbitz.com this year to offer those on a budget some sharp prices for flights and hotels and will actually refund the difference for users who find a lower price. 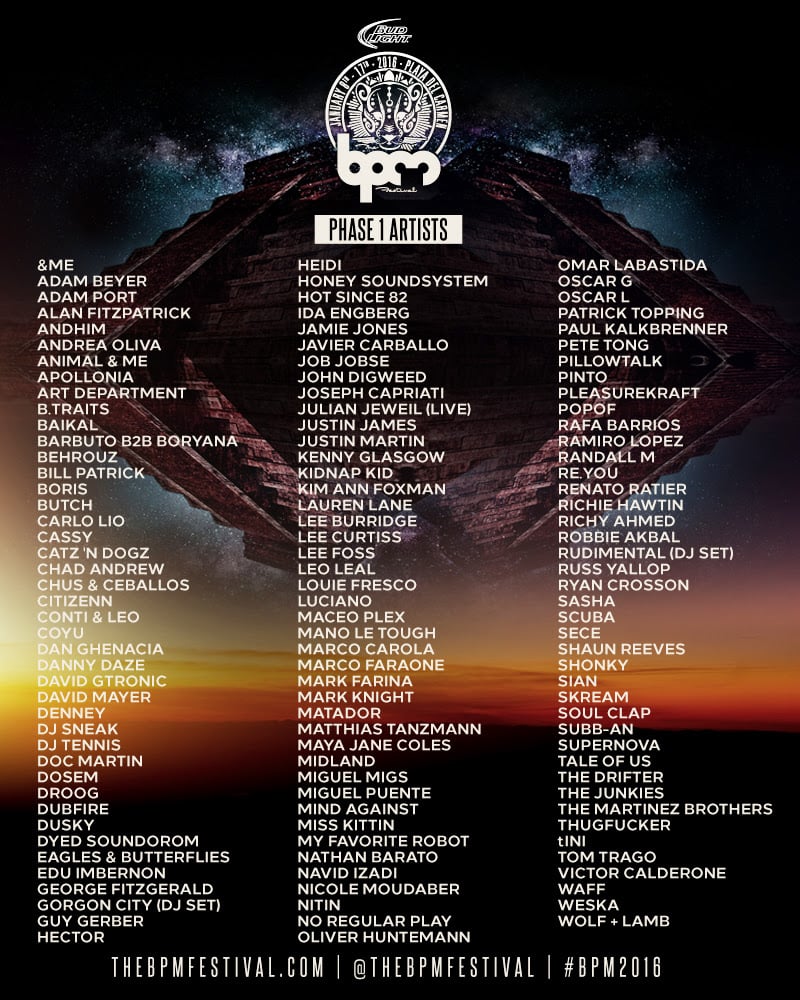