From 9 – 12 November, visiting guests will be able to meet characters out of fairytales, be absorbed in a world of experiential art, hear some of the greatest live and electronic artists from around the world, and dance the nights away under the stars at one of its two stage locations (The Big Top, Marquee).

Now, WONDERFLIP has announced its full lineup of acts, which include DJs and live performers from around the world as well as India. Amongst them are: Patrice Baumel, Eagles & Butterflies, Frankey & Sandrino, ATMOS, Vaal, dOP (live), and our very own Kimou and Aeden.

Amongst the renowned Indian acts on hand will be Ankytrixx, Bullz Eye, 8-Bit Culprit, Calm Chor, SHFT, and Hamza featuring Manu Idhra, while live performances comes from the likes of Gipsy Sound Revolution, The Funcolos, Hari and Sukmani, Komorebi, and more. Of course there will be so much more spread across the festivals’ three individually themed (Vintage Circus, Salvador Dali and Fairyland) days. 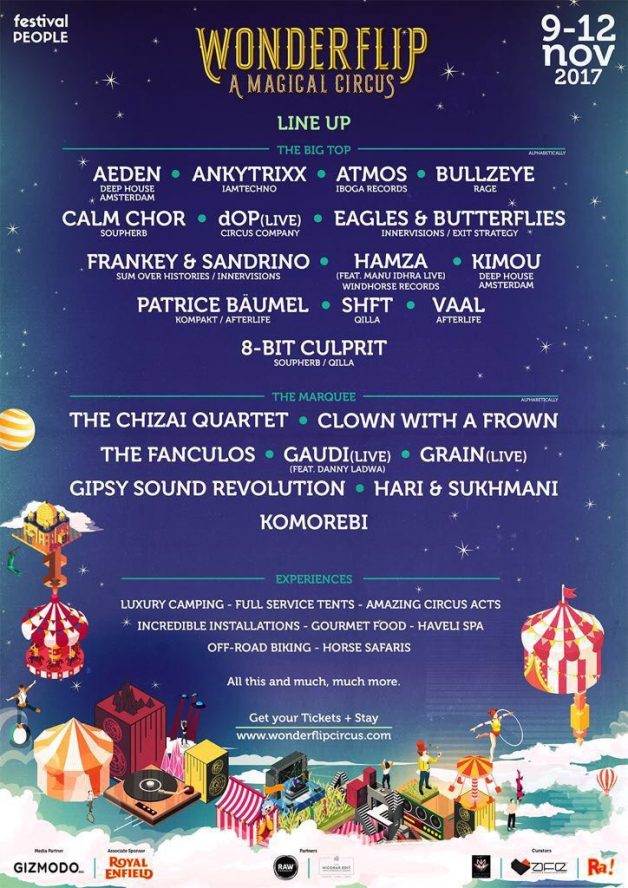