Growing up in the South of France, Rodriguez Jr. began his foray into music with the piano before making the jump to Paris as a young adult.

From there, he immerse himself in the city’s flourishing scene, with peers including Agoria and Laurent Garnier, the latter of which signed his electro group The Youngsters to F Communications. Now, Rodriguez Jr. returns to his longtime imprint home of Mobilee with a new longplayer entitled “Baobab”.

Produced with hardware and influenced by his acclaimed live shows, “Baobab” represents an artist free to channel his creativity into emotive and reflective music. With the album NOW AVAILABLE, we caught up with Rodriguez Jr. in the midst of a whirlwind tour.

“I was excited about coming back to this very organic thing of touching instruments.”

How’s your summer been? Have you traveled anywhere you hadn’t been before?
I have been doing a lot since the release of my album as I want to perform the new music as much as I can. I’ve mainly focused on Europe and the United States but eventually I will go to South America, Australia, and Asia. Since the album has been released, I’ve had a lot of great gigs. Sonar was really great! I plaid at Lovefest in Serbia, which was also great! There’s been a lot of good experiences this summer. It’s an exciting moment to share new material with the crowd. This is the moment the music comes alive. You’re not in the studio anymore. You just perform.

The album was released in June, but were you testing the tracks out beforehand?
The process has been doing everything at the last minute. I was extremely late as I was supposed to release this last year. I need time for experimenting, developing something new, and also developing my signature sound. I maybe tested one track but that’s it. Everything else has been mostly studio work or writing while I am traveling. I prefer to avoid testing music on the crowd beforehand because I don’t want to lose the connection with what I want to do. I prefer adapting my music to the live set rather than the live set to the music.

On average, how many edits of a track are you making?
Probably 4 or 5. It depends. Regarding the album, I wanted to tell a story from beginning to end. When you perform the tracks live you will make some adjustments anyway so I made slight edits over 4 or 5 different versions. They’re really only meant to match with my technical requirements.

How was your experience on the US leg of your tour? Was their a premiere event for you?
I feel very close the music scene in California at the moment. I like these guys related o Burning Man, Robot Heart, and Desert Hearts. Beyond the music, there is an aesthetic and lifestyle which I feel very close to.

I am into that scene as well. I find it to be very multi dimensional, which brings a much more satisfying experience…
It has been a really strong experience. When you produce, you are alone in the studio. It’s an abstract process. Suddenly, when you meet these people, I knew I had to play my music for them. It was so strong!

Do you see yourself adapting your sound to this scene?
Not really. It wouldn’t make sense to change my sound because of this. I’d prefer to stick to what I am doing as it works really well. It’s more about the energy.

With this tour schedule, how do you maintain a sense of mindfulness and mental health through the rigours?
I don’t have any tricks. I am used to it as it is my life. I am used to traveling all the time with my pieces of luggage. Its a gypsy life but I like it. I am not a big party guy so I stay focused. If I go two weeks without traveling I get nervous. I need to be in a hotel or an airport.

So you still very much embrace the travel?
I love it! If you don’t like this aspect of the job it’s not for you.

Moving on to your album, “Baobab” references a famous African tree, but what was the album’s seed?
The question is interesting because it was about influence but also equipment. I was very interested to use the same equipment I had used 15 or 20 years ago. I wanted to connect again to the energy and excitement of working with old synthesisers.

If there was a single piece of equipment instrumental in developing the album, what would it be?
There are three synths I use a lot but if I had to choose one it would be the Roland Jupiter 6.

And the other two?
Roland HH11 and the Moog Voyager were also used a lot.

And have these always been go to pieces of equipment for you? I I asked you this same question 10 years ago would your answer be the same?
Yes. The Jupiter 6 was the first piece I bought in 1996. I know this machine very well. Its like a friend. We communicate with each other in an easy way. Over the past 10 years I started to use plugins, and it worked, but I was still excited about coming back to this very organic thing of touching instruments.

I find the same with writing. When you hold a pen to a piece of paper, your arm because a direct transmission from your mind…
I am not a writer but it is so much easier for me to write with a pen. It’s the same process in the studio. If I need to develop an idea with plugins it would take a week, but with the machines it’s one hour. It’s so much easier, organic, and sexy.

Can you expand on the significance of the title? Why did you choose “Baobab”?
I had this picture in mind. I was so focused on my roots so I had this picture of a proud tree, standing in the middle of a hostile environment. It was a good representation of my own quest in life at the time.

You have a long standing relationship with Mobilee, but these days , how do you find the creative atmosphere over there?
After 10 years I can do whatever I like. Mobilee is like family. They give me all the freedom I need. They wouldn’t ask me to change anything. For me, that’s great! There is such a nice energy in the office, the label is doing well, and I’m very proud to be a part of it. It’s my brand.

One last question on the album, how did you come in contact with its feature vocalist Lisete Alea?
I have known Lisete for almost 15 years now. She used to work on some projects my label in the past. When I was producing “Baobab” at some point I was struggling. It felt like I was missing something. It was a logical moment where I realized I needed a voice. It has been amazing since then. In one day we produced four tracks and everything came together. Then we decided to perform together, as we did at Sonar.

How was the energy of the live performance?
It was incredible. It was so strong we ended up together! When we performed we weren’t, but when I watch the video that was also logical.

So, Sonar was a highlight for you?
Yes, definitely! It was very special this year. We had been doing rooftop parties for 12 years so I wanted to do something different. This was a concert.

Finally, what will be your Amsterdam Dance Event plans?
I think I have two confirmed shows. One at Pleinvrees, which is a place I really like, and we have a Mobilee showcase we are working on. 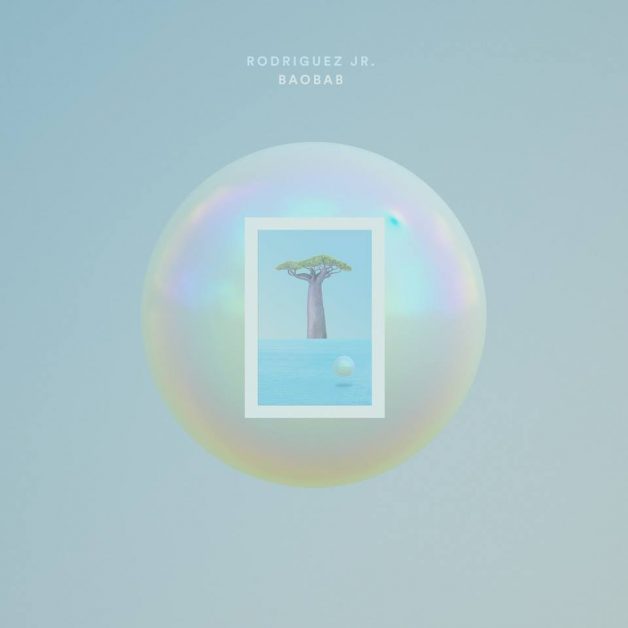