A new festival experience will arrive in Morocco this summer, with the debut edition of Oasis, taking place from 11-13 September, and with it comes today’s announcement of the event’s second wave of artists.

Nestled on the outskirts of the bustling city of Marrakech at the stunning Fellah Hotel, Oasis is unlike any other event in the region, with DJ Harvey, Âme, Guy Gerber, Ellen Allien, Matthew Dear, Chloé and Axel Boman already set to perform. Now, the second wave of acts has been revealed. Along with an exclusive b2b set from Cassy and tINI, acts including Dyed Soundorom, Gerd Janson, Nicole Moudaber and more join the burgeoning line-up for the 3-day event. 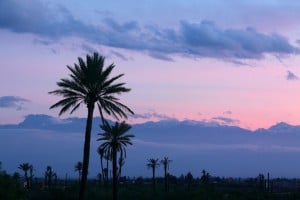 Panorama Bar regular Cassy and Ibiza favourite tINI will perform together for the very first time at Oasis, completing a trio of debut back to back sessions at the festival, including the first ever b2b performance from Guy Gerber and Matthew Dear, as well as an exclusive debut b2b set from Chloé and Fairmont. Parisian producer and member of formidable DJ crew Apollonia, Dyed Soundorom, also stars, along with Gerd Janson, founder of the revered Running Back label and techno maven Nicole Moudaber.

German techno veteran and Pampa mainstay Robag Wruhme also steps up, as well as Canadian trio My Favorite Robot and the UK’s Eli & Fur, tipped by Beatport as 2015 artists to watch. Naturally, with the Fellah’s stunning views across the Atlas Mountains, the sounds of Morocco will also be represented, with figurehead of Morocco’s growing dance scene Amine K and his Moroko Loko party crew, techno DJ Daox and a b2b set from rising star Kali.G and Y Serious founder Secret 47. Other acts announced today include former Trouw resident and rapidly rising Dutch sensation Tsepo, Millionhands’ Tee Mango and UK duo Pardon My French.

Not only will the inaugural Oasis Festival feature a soundtrack provided by some of the world’s most cutting edge electronic music artists, but activities, culture, and sunshine abound.  Revel in the majesty of the nearby Atlas Mountains while enjoying daily Yoga and Wellness activities; explore the rich Arabic, Berber, and Moorish culture in the nearby (10 minutes away) city of Marrakech, as well as some of the regions premiere shopping, spas, and restaurants.

And for an even greater adventure, Oasis has partnered with surfing experts Sustain The Stoke to create an immersive primer to the festival with a 10-day adventure of surf breaks and dune drops from Casablanca to Marrakech with stops at the fortress town of Essaouira, Agadir and Morocco’s unofficial surf capital Taghazout, before finally heading in to the desert to Zagora and on to Marrakech.  Book NOW as space is limited! 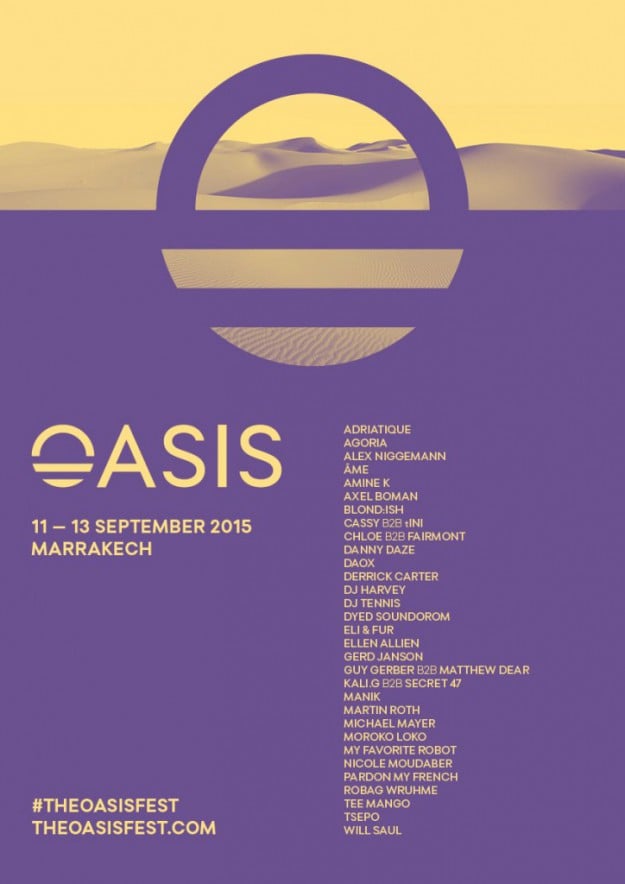