Back for the sixth year, Nachtduik celebrates the New Year in Rotterdam with a top of the line Techno and House lineup.

Known for transforming massive spaces into dark pop clubs with a combination of decor, visuals, and (of course) music, Nachtduik has brought the likes of Dave Clarke, Jeff Mills, and Ben Klock to its annual celebration in editions past. This year, its two rooms sees another lineup of musical icons and heavyweights, both local and international, handling celebratory duties at Rotterdam’s massive Ahoy.

In Room 1, which sees a focus on pure Techno sounds, the genre’s current queen, Nina Kraviz, will join the local hero, Speedy J. Also on hand representing the harder sounds of the spectrum are LIVE performances from Karenn and Function, as well as DJ sets from Abstract Division and Matrixxman.

The hall’s second room will focus on the more “warmer” side of the spectrum, with a special live performance from KiNK, as well as House’s current queen, The Black Madonna, a special b2b between Joy Orbison & Gerd Janson, and De Sluwe Vos.

Tickets for this event are significantly less than most events fro this time of year, which means they will be going fast, so check out all the details below! 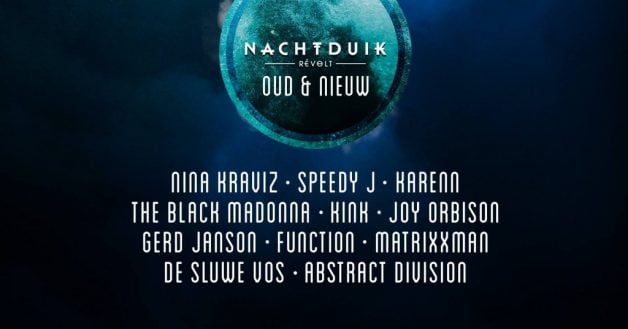