It’s official! You may have already heard about it through our socials in the last weeks, but the very first release on our brand new label, DHA Records, will be coming from none other than Marlon Hoffstadt! You can take a sneak peek at one of the remixes of the EP by Poupon; we’ll leave the original mix of Crumble from the eponymous EP a secret, for now.

Crumble by Marlon Hoffstadt is a powerful, almost spiritual slow-burner. Its composition is built around stripped-back percussion and a dreamy, repetitive electric guitar strum. With vocals and guitar work by UK lo-fi band Racquet, the structure breathes an ambient touch that sticks with you long after the music has faded.

Remix duties come from the hands of Andre Lodemann and Poupon. Canadian-born and Amsterdam-based Poupon is pulling a bit towards the original in his take on Crumble, with stretched-out vocal snippets and a broad focus on the guitar. However, you’re struck by surprise when halfway into the track the listener is taken on an electrifying build-up that ends with a no-holds barred pinnacle of epic proportions.

Lodemann sets off on a dubby and very danceable interpretation of the original, with a dominant bassline that feeds the progression onto a heavier framework. Droning guitars and playful synths work up to a distorted climax that will undoubtedly cause many dance floors to be set ablaze.

The artwork you see here comes from the talented Maxime Rokus, who is known in Amsterdam for her signature painting style. Below a cool little action pic by Maxime. Expect Maxime to be making the artwork for future releases of DHA Records. 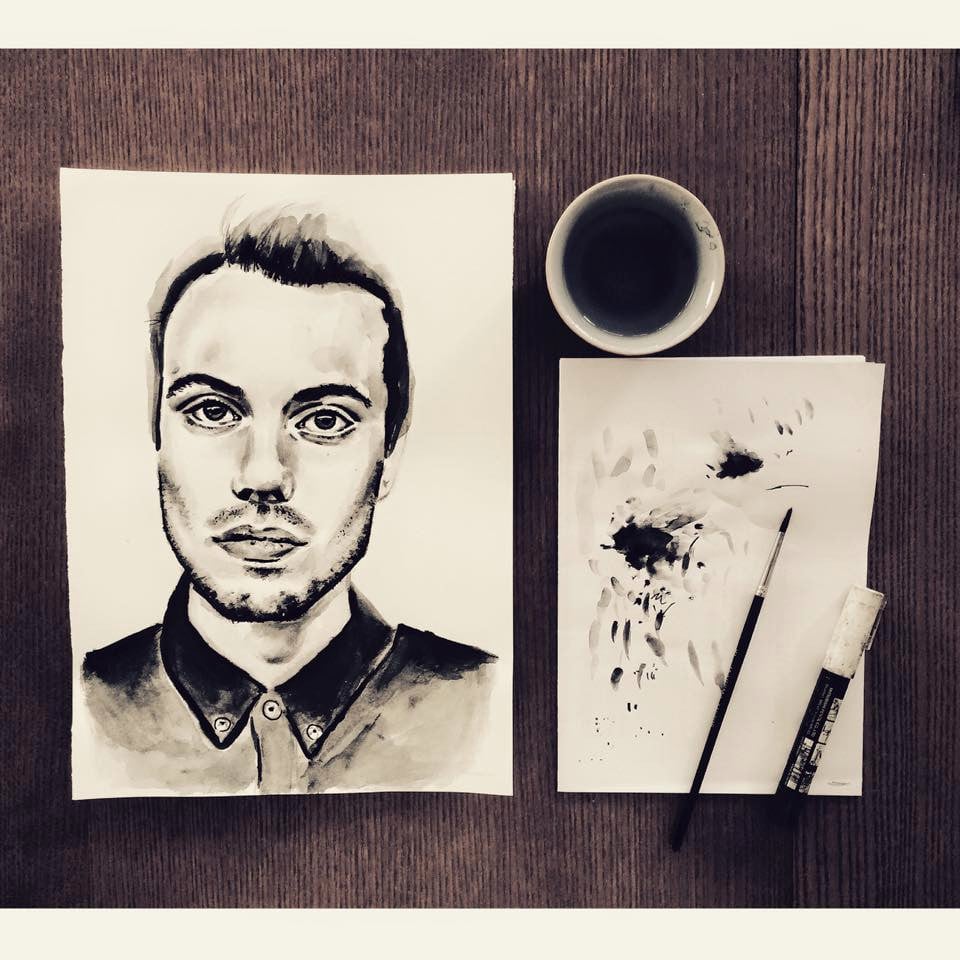 Crumble EP will be released on the 18th of March on DHA Records, and can be pre-ordered from March 16th