The yearly dance music festival hosted by Melkweg and Paradiso, 5 Days Off, is about to break loose this Wednesday for a multitude of events with some exquisite line-ups. Here we’ll take a look at what Melkweg has to offer Amsterdam in the coming days, like Bicep, Paul Woolford, De Sluwe Vos’ album release and a selection of Resident Advisor films.

Wedneday 21:00 | Opening Night | Dorian Concept (Live Band) / BINKBEATS / Jameszoo |
The opening night on Wednesday will feature live act Dorian Concept as its headliner. In 2007 BBC Radio 1 producer Benji B discovered this talent and started playing his tracks. Soon thereafter he started playing across Europe and made many special appearances such as the Ninja gala celebration at Royal Albert Hall with the London Metropolitan Orchestra. In October 2014 he released his newest album called ‘Joined Ends’. Supporting acts will be equally impressive Jameszoo and Binkbeats. The latter made this incredible rendition of Aphex Twins’ Windowlicker.

Thursday 21:45 | 5 Days Off Concert Afterparty: Oceaán / Vic Crezée / Mairo Nawaz |
After the main show of the night by FKA Twigs, the night will continue in the Kleine Zaal with Oceaán performing live and DJ’s Vic Crezée and Mairo Nawaz. Here you’ll find a smooth blend of future soul, r&b, house, hiphop and more. Above all, they will keep you occupied with dancing until the early hours of the next day.

Friday 20:00 | De Sluwe Vos Presents: Kontra Album Release Show |
Robert Vosmeijer aka De Sluwe Vos has been on a spectacular rise through the ranks in the last two to three years. No surprise then that an album is in place at this point in his career. A special album release for his Kontra album is planned on Friday night. The Kontra Album will be released in three stages next February, but during the release party ‘Sluwe’ will perform each and every song, displaying the raw energy of the album, but leaving room for experimentation as well. The visuals will be taken care of by Studio Wonder. 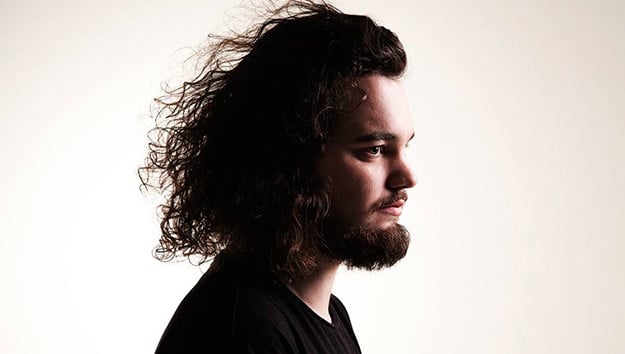 Friday 22:00 | Melkweg Cinema – RA Origins: Jackmaster |
In this recent mini-documentary by Resident Advisor we see Jack Revill, aka Jackmaster, going in-depth on his Glasgow roots, how music saved his life and how that passion turned him into one of the best DJs in today’s scene.

Friday 22:00 – 06:00 | Bicep / Paul Woolford / Live: Octave One / Funkineven / Tom Trago / Boye and more |
Friday night the Melkweg will become a mixture of uplifting house and techno sounds. Bicep will welcome you with their signature sound called the 80s inspired analog house, probably with some italo surprises here and ther. Octave One, who has been rocking dancefloors all over the world since 1989, will send you straight up into the stratosphere with their sound. Funkineven, the elusive London-based beatdoctor will be adding some extra novelty to the equation, while Tom Trago and Boye will be representing their hometown in style. With these artists together in one space, we can say little else than that this is a definite must!

Sunday 13:00 – 16:00 | Afternoon Sessions |
Recover from the previous days with our Afternoon Sessions in Melkweg Expo with three upcoming Dutch beats and electronica producers FilosofischeStilte, Julien Mier and Robert Bergman. Lunch will also be served, so this is a great way to end a full weekend.