“I’m in love with this city. I’ve always been. Even if a big part of my life is still in Germany I’ve decided that Barcelona is the city where I want to make music”

Guti isn’t your run-of-the-mill electronic artist. Rather, it’s the Argentinian’s deep-rooted love of jazz and rock that form the foundations of his musical craft. Although today he’s best known for his work alongside Desolat, Defected and his own Rompecorazones imprint, there was a time when he was revered as the keyboard player in Jóvenes Pordioseros, a Buenos Aires-born band that enjoyed huge commercial success both home and abroad. Many in his position would have been content to live out the life of a rock star, but Guti harboured a burning desire to explore new paths.

Around 2005, he started experimenting with making house and techno, beginning a journey that would transform him into an established force on the global dance scene. Famously, it was Loco Dice and Desolat that gave Guti his big break. In 2008 he settled in Berlin, where he shared a flat with a young Seth Troxler and Ryan Crosson. Spending his weekends gigging hard and partying harder, Guti would use the week to work tirelessly at his production skills.

In 2013, Guti upped and moved to Barcelona. Once settled, he set about building his dream recording studio, installing a raft of analogue synths, drum machines and, the pièce de résistance, a grand piano.

Fans of his club tracks have nothing to fear: Guti hasn’t lost sight of the dance floor. Eight years on from his debut performance at Sunday Adventure Club in Berlin, he remains as passionate about rocking crowds as ever. His exploration of new sounds and textures will breathe new life into his club output, furthering his reputation as one of dance music’s most likeable, danceable and dynamic performers.

In this exclusive interview he gave for Deep House Amsterdam, you are going to find out more about his new album, his BPM experience, the label, some flashbacks on his favorite events as well as some exciting news.

Jóvenes Pordioseros was the beginning of your career as a musician. The band was successful on both a domestic and international level. Why did you choose to explore other opportunities if you were already a successful musician?
Because everything has its own time. To be in the band was so right back then. But then you wanna explore, you wanna grow as a musicians. Everything moves so fast you have to move with it.

“Drawing up his own way” it already speaks for itself, but my question is: Have you ever cheated on your philosophy?
We are morphing all the time. Evolving, changing. Everything I’ve done or do is what I feel at that moment. I always do what I feel and what I think is best for me and my music.

To express yourself was always the point. Why is it so important to do that? What does it bring you?
It’s hard to explain. You have things inside things that you want to discover. It is a nice challenge every day. I just want to leave songs. Tell stories.

To what extent do your Latin American roots influence your music and the sound that you produce?
I guess everything is an influence, for me being from Latin America is a big mark in life and of course in my music. We have our background, our relationship with rhythm. It is a big continent with so many different influences.

How was living together with Seth Troxler and Ryan Crosson in the electronic music mecca Belrin? A special memory that stayed with you?
So many. Also was Shaun Reeves on that house. I’ve learnt a lot from all of them, and we have so much fun, we were really young and we did a lot of stupid things. I still remember Seth going down from the apartment to shop food in his robe. Classic

Why did you choose to relocate yourself in Barcelona? Does that city hold a special place in your heart or was it a pragmatic decision?
I’m in love with this city. I’ve always been. Even if a big part of my life is still in Germany I’ve decided that Barcelona is the city where I want to make music. I’ve built my studio here. A bit of both I think, here the sun is shining and everybody speaks Spanish! Germany was great but really cold. It was time for a change.

2014 was definitely a big year for you. Let’s start with Rompecorazones. The label, the album, tell us all about it!
Rompecorazones is a long-time dream come true. A place where artists can showcase a different side of themselves. We kicked off with my album which is also titled “Rompecorazones”, and there is beautiful music coming out too. There is a record from the French world renowned pianist Julien Quentin that I’m obsessed with. Very emotional music. High quality artists giving it all. And a group of friends. Ambient is jazz. I’ve signed a crazy after hour record too. I’d say it is a label for music to make you think and feel. 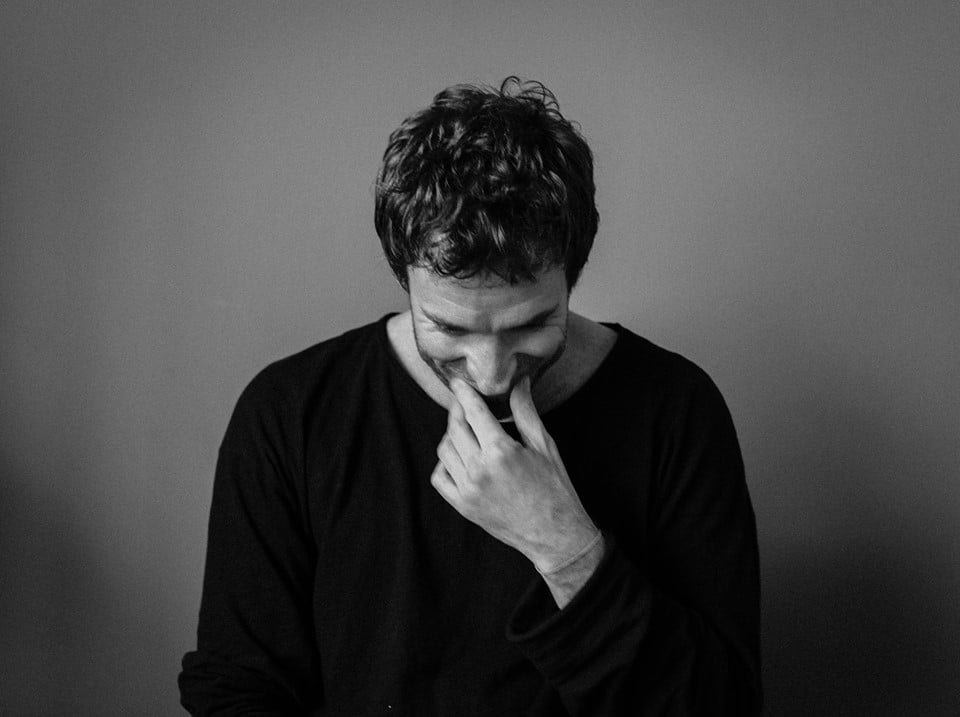