Croatia is a known summer hotspot for music festivals. Some speculate it has started to lose its charm recently, and most probably if you’re looking for a true rave with one speaker and 50 friends, dig deeper. However, if you look for a place where high-calibre artists, picturesque ancient Roman towns, beach parties, open-air clubs, endless after parties, and legendary sun-kissed boat parties meet together, then its Adriatic coast remains the definite go-to location.

Now the tricky part is to know what to look for. For that, follow me here and I will review Croatia’s top underground summer festivals, picking them one by one, highlighting the perks and line-up nuances to adhere to.

Last but not the least, I want to highlight Croatia’s summer crown jewel – Dimensions 2016 and why it’s the ultimate festival to anticipate this summer overall.

Announcing its last ticket call, Hideout starts in two weeks in the stunning supersonic blond Adriatic Zrce Beach on the island of Pag. One thing’s for certain, Hideout is certainly bringing together loads of excellent Brits! Think Jamie (xx), Jack (Jackmaster), Daley (Hot Since 82), Matt (Julio Bashmore), Oliver (Skream), Jo (Skepta), Otis (DJ EZ), Hannah (Wants) and even Dan (Eats Everything). Imperialism on the Adriatic at its best! Talking of imperialism, this location also offers VIP accommodation and all that. 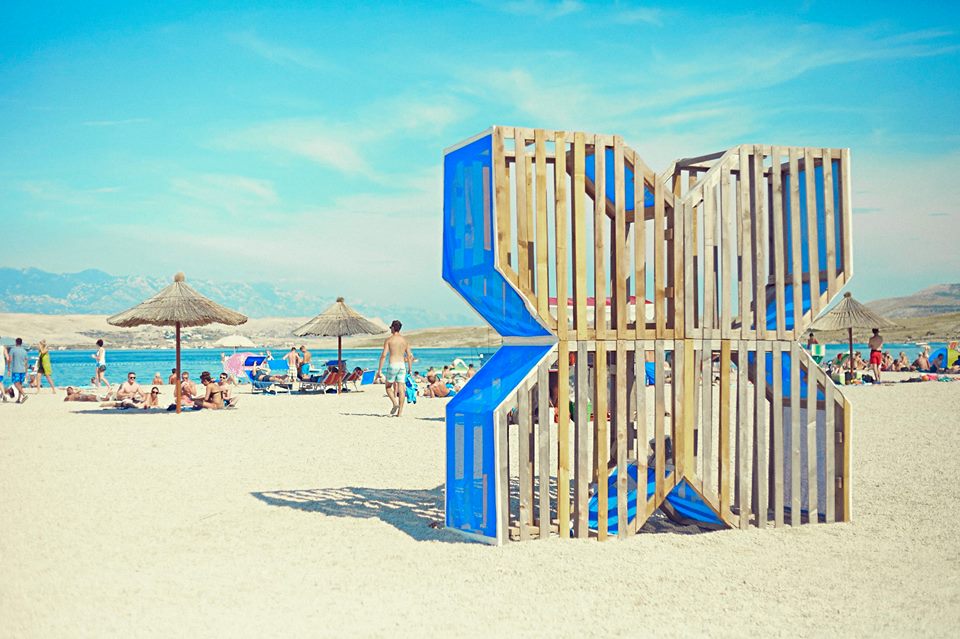 In the Garden of Eden.

Love International is the successor of the famous Garden Festival, which got its start in 2006 with merely 300 people. In its 10 year existence it has been revered for its intimate family feel, no VIP areas and an idyllic coastal setting. The curators of Love Int. brought up a nice and consistent line up with Dixon, Motor City Drum Ensemble (who could practically claim residency of Croatia’s shores), Ben UFO, Bicep, Jackmaster, Roman Flügel, Axel Boman, Young Marco and, of course, Eats Everything (residence, no doubt).

It’s location, the beach of Tisno, became a greatly sought out venue for many following festivals after the 10 years of The Garden Festival created an infrastructure here. Maybe because its intimate private bay that can contain around 1500 people; maybe because of the cute wooden boats used for sea-faring parties, or the town itself, conveniently located halfway between Zadar (45mins) and Split (60 mins) airports.

I call upon the legends, assemble!

Another festival at the same location shall be handled by Manchester’s Electric Elephant. Having leverage as an organisation that has been there for a while, Electric Elephant Festival has the ability to grant a bunch of house classicists and extraordinary mixers, such as Kerri Chandler, Todd Terry, Boo Williams, and Andrew Weatherall amongst the many modern masterminds Âme (DJ set), Christian Löffler, or Panorama Bar residents, Margaret Dygas, Steffi and Nick Höppner.

There you go, stage design fetishists!

That second you see chicks in bikinis waving Ultra letters on the festival’s after-movie, you get it: it’s an EDM festival. Here is where we would stop narrating immediately. But along its EDM stage, Ultra has their Resistance trademark, which (in simple terms) is their “underground” stage. Situated at Croatia’s Hvar Beach it hosts all the usual suspects – the techno power couple Adam Beyer and Ida Engberg, Hot Creations and Diynamic heads Jamie Jones and Solomun accordingly, Joseph Capriati, Carl Cox and Hot Since 82 amongst a who’s who of others. Pretty much the same as usual, you shall certainly get what you expect. No doubt the most impressive aspect of this event is the most on demand travelling stage design ‘Spider’ structure. I mean, you have to bow for such an investment, it’s pretty cool. 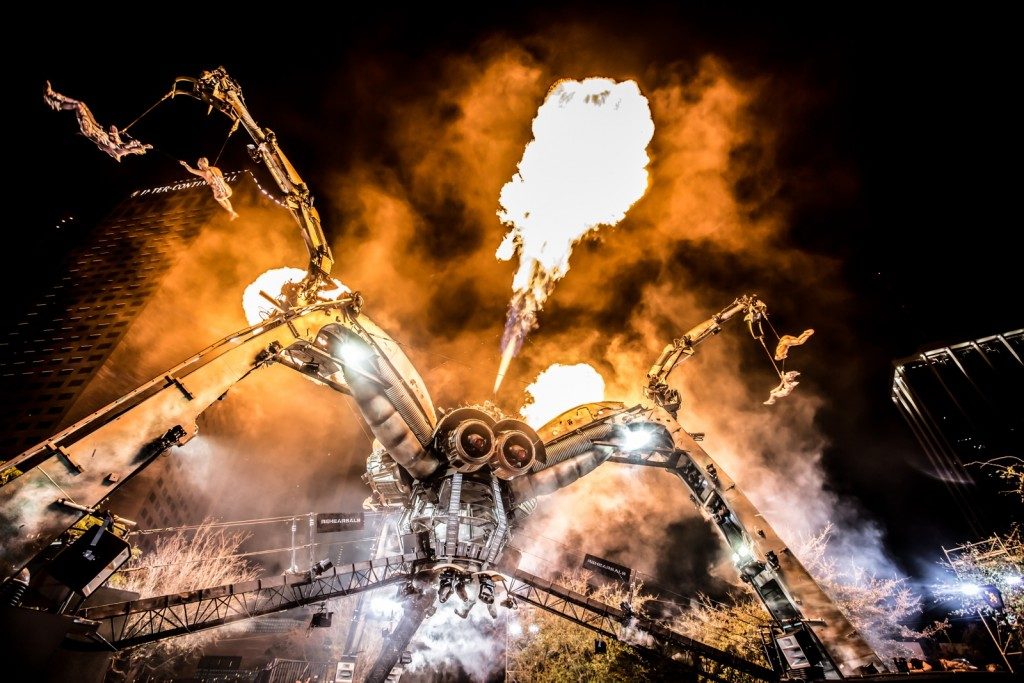 Now, if you can’t imagine proper holidays without the beach and leaving the sense of yourself in the beats of techno, you’re heart is with Movement Croatia. Movement invited the techno heroes from the two places it grew most, Berlin and Detroit. The lineup’s topped by German techno heroes Sven Väth, Ben Klock and Marcel Dettmann, as well as Detroit favourites like Derrick May, Octave One and Robert Hood, not to mention Nina Kraviz, Dave Clarke, Steve Rachmad and Solomun. No mindless stomping around gonna go down here, when the line up is just pure solid. 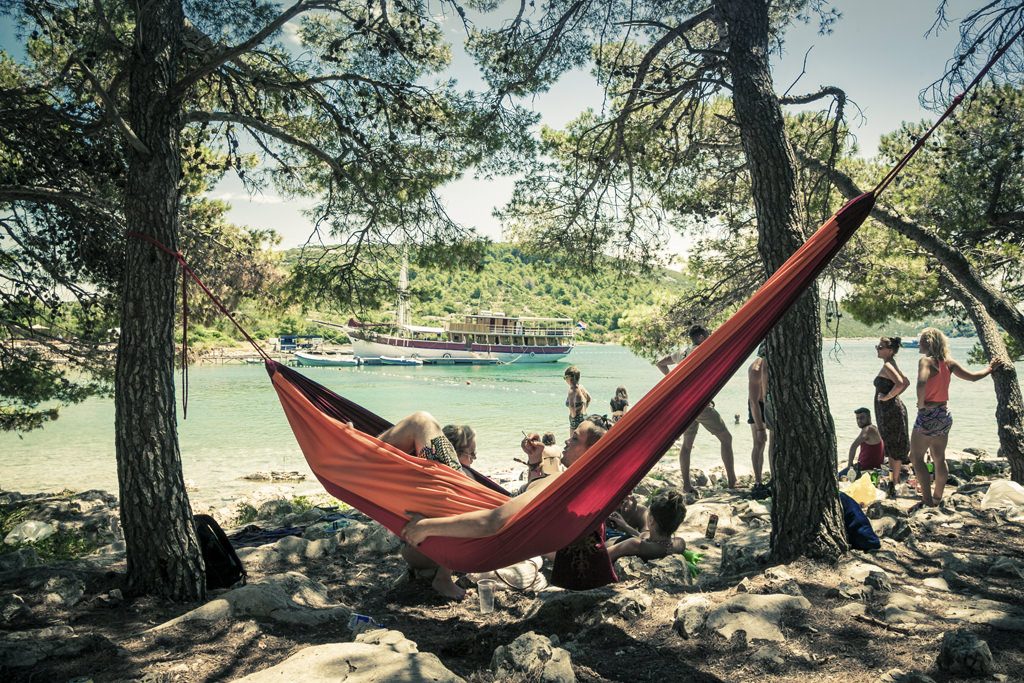 Same Tisno Garden, same location perks, same flights, same sunsets. However, while Movement shall host a festival of heavyweight techno heads, Defected, musically can be rightfully called its lighter counterpart. It’s formula is a line-up filled with multiple Grammy nominees in electronic music production along with many other melodic, soulful deep house producers. Kenny Dope, Dennis Ferrer, Julio Bashmore, Guti (live), Nightmares on Wax, Roger Sanchez, Riva Starr and, of course, the headliners British duo (also Grammy winners) Basement Jaxx are all going to be there. Considering the tunes we’d expect to hear, I guess this one’s for the lovers. 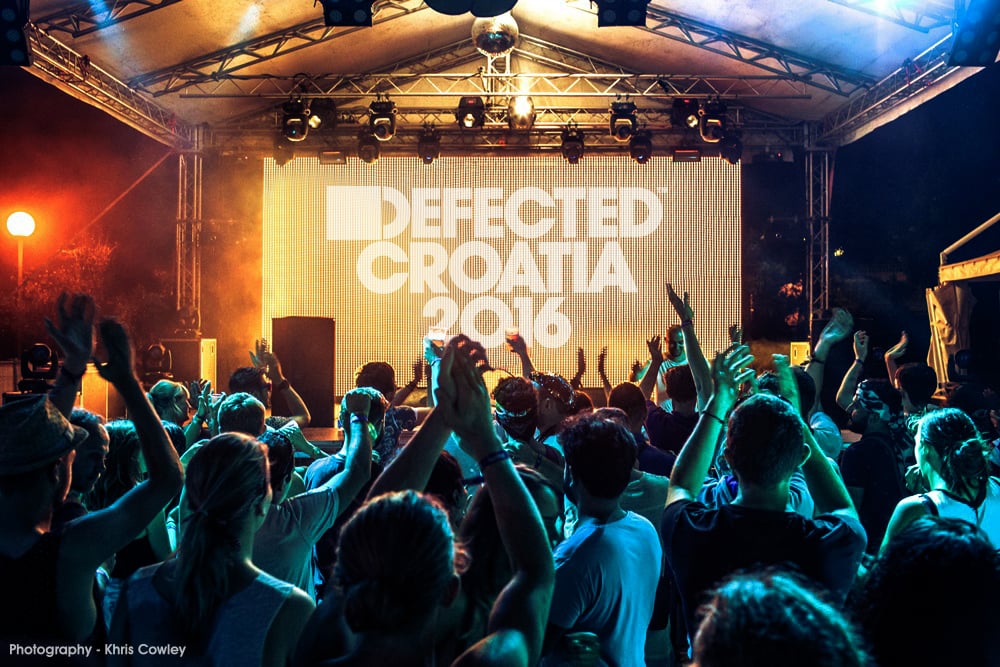 What can I say… it’s the Sunshine edition of Time Warp.

Sonus Festival is one more sun-soaked techno marathon on the gorgeous bleached island of Pag (see Hideout). It brings the fiiiiiiiiinest mixers and producers of dark, deep and powerful sound. The techno pioneer Chris Liebing, Chilean master Ricardo Villalobos, Dixon, Loco Dice, the two pioneers of the Romanian scene Raresh and Praslea aka Praslesh. Telegraph’s kingpin and Concrete regular Cabanne will be serving up his own Parisian brand of minimal house whilst the mighty Parisian trio Apollonia and Desolat’s tINI bring the techy deepness. Always delivering – the ‘Super House’ duo Andhim along with Oliver Koletzki. It’s all the way we like it, deep and dark. But on a bleached sunny beach. Impossible not to like.

Bow to the Reign!

In the last five years, Dimensions Festival has built a solid reputation as one of the worlds most essential happenings for music aficionados of all descriptions. Each year it unites the most iconic genre-defying and innovative artists as well as classic talent and heritage acts under its fortress, whether house, techno, disco, bass, soul, funk, and left-field genres. Oh, and yes, it’s in a 2,000 year Roman ancient fortress, hosting the festival’s fifth anniversary). As usual, it begins with the signature opening concert at the majestic Pula’s Amphitheatre. Previous performances recorded here, include the sublime Nils Frahm x Boiler Room concert, performances by Caribou, Four Tet and so on. This year the festival brought three extraordinary performers of all different genres by Massive Attack, Kamasi Washington and Moodymann. 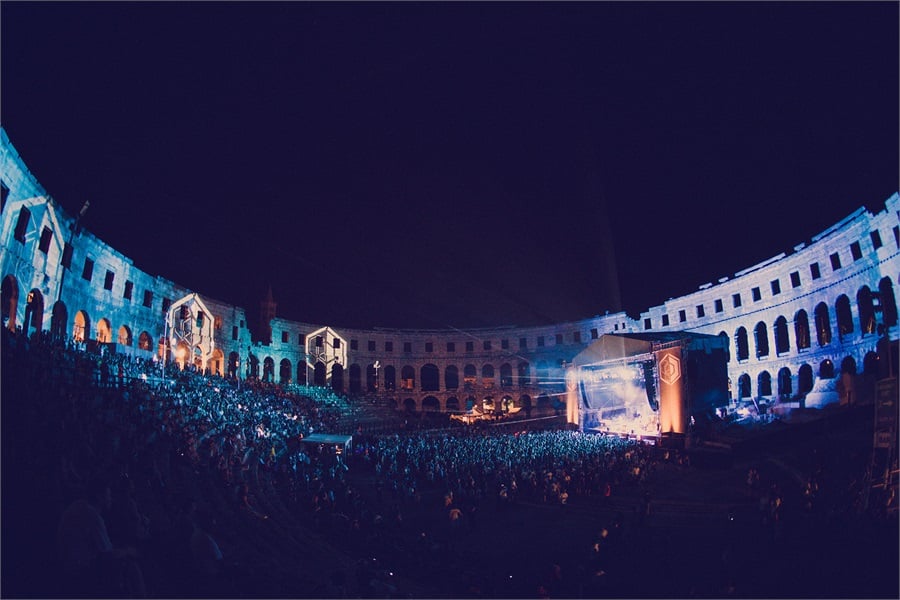 Next to that, visitors of Dimensions will hear the first live set in 15 years from the legendary, one and only, Larry Heard a.k.a. Mr Fingers on Friday evening, an extremely rare show from one of the original Chicago heroes. Oh, by the way, talking about house and techno legends and Chicago, Ron Trent shall be there too.

During the day, there’s sun, beach and, very often, live musical performances, along with boat parties, of which the highlight for us is Electric Minds boat with house explorations from Daniel Avery and Dolan Bergin, plus a special history of Chicago set from Loefah.

The immaculate line-up selection, the location and the happening itself. Croatia’s summer’s Crowning Jewel! Picture costs a thousand words, thus, dive in:

Thou shall swear by the art of spinning!

One month after Holland’s absolute finest, Dekmantel Festival, the team brings their summer vibes from Amsterdam to Tisno. The organisation devotes the focus of the concept of Selectors heavily on “Dekmantel’s support for the art of DJ’ing, celebrating the extra-ordinary DJs that turned collecting and playing music into an art form”. This collection of collectors could objectively called unapologetically splendid (couldn’t have expected otherwise). While I personally would be curious to listen to the selections that always trigger: Baris K, San Proper, MCDE, Tom Trago, The Black Madonna, Awesome Tapes from Africa, this festival shall all be less about the heroes, more about the music (bring your vinyl ;)).