The first ever festival hosted by Berlin institution Tresor goes down over four colossal days, 21.–24 July.

With a who’s who of electronic music history, 25 Years Tresor Festival is a synthesis of the essence of a quarter century of activities for the club and label that initiated Berlin’s Techno movement. 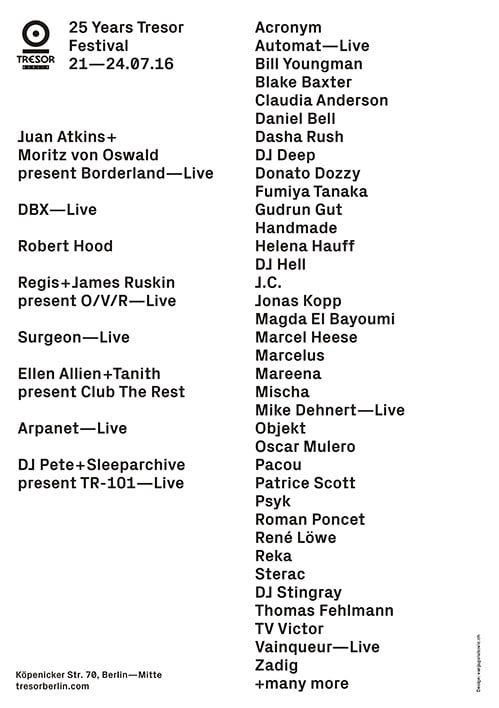