The event, that goes down July 22-24 in NorCal’s Black Oak Ranch, has a no alcohol policy with the fun motto, “get saucy not sauced,” and promotes a free spirited, inhibition-less environment, taking focus away from substance and alcohol, rather gearing it toward a safe space. With the inclusion of the dispensary, legit California patients will take another huge step toward the legitimization of Marijuana within the festival environment.

On the action, the festival states:

“While alcohol may not be present, EFG hosts no less of a party atmosphere with an emphasis on conscious movement and dance, as a return to our bodies and an alternative to alcohol. From embracing #FreeTheNipple, to a literal non-stop Saucy Spa shower party, the lack of alcohol and mutual coherent respect of one another, along with a manageable and capped attendance create an intimacy and inspiration for self-expression that isn’t found at any other festival in the US.”

The on-site dispensary will come from solar powered Emerald Farms, a NorCal dispensary that: “specializes in regional heirloom genetics and has an extensive selection of high-quality, lab-tested CBD-rich and THC products, including edibles, topicals, tinctures, sublingual sprays, gel caps, and strain-specific vape oil cartridges, as well as flower, seeds, and clones.” Music-wise, the psych trance heavy event will be headlined by the likes of Shpongle, Soohan, The Polish Ambassador, Minnesota, and Autograf. 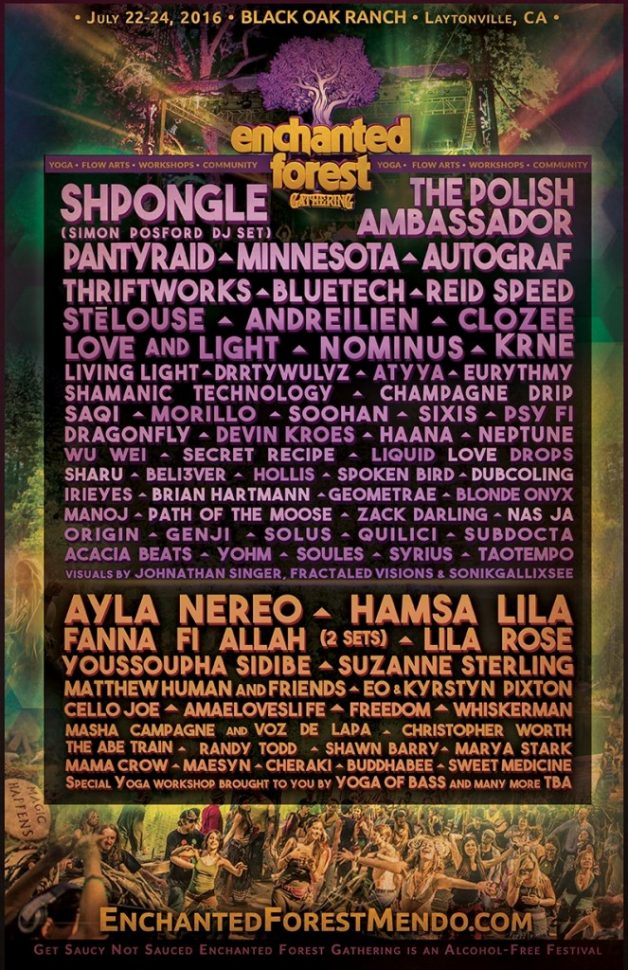