For the eleventh year, Het Twiske’s mesmerising nature reserve will play host to of the Dutch summer’s most beloved festival events, Welcome to the Future (WTTF).

With its leave no trace philosophy, organic food and free water bars, alongside cherished festival values like positivity, togetherness and freedom of expression, WTTF exemplifies a movement rather than a simple one-off.

Of course, it is music that plays the biggest role in the WTTF experience, with favorites like Loco Dice, Chris Liebing, Seth Troxler, Dave Clarke, Kölsch, Damian Lazarus, Kerri Chandler and Lil Louis manning one of the 8 stages. Alongside, are the (underground) superstar Dutch contingent of Tom Trago, Steve Rachmad, ROD, De Sluwe Vos, Joran van Pol and Wouter S. This year, WTTF has added a techno ‘Basement’ which will feature Artefakt, Monoloc and Audion, while lo-fi house’s most remarkable names are set to bring the heat at the Garden: Dj Seinfeld and Ross From Friends. 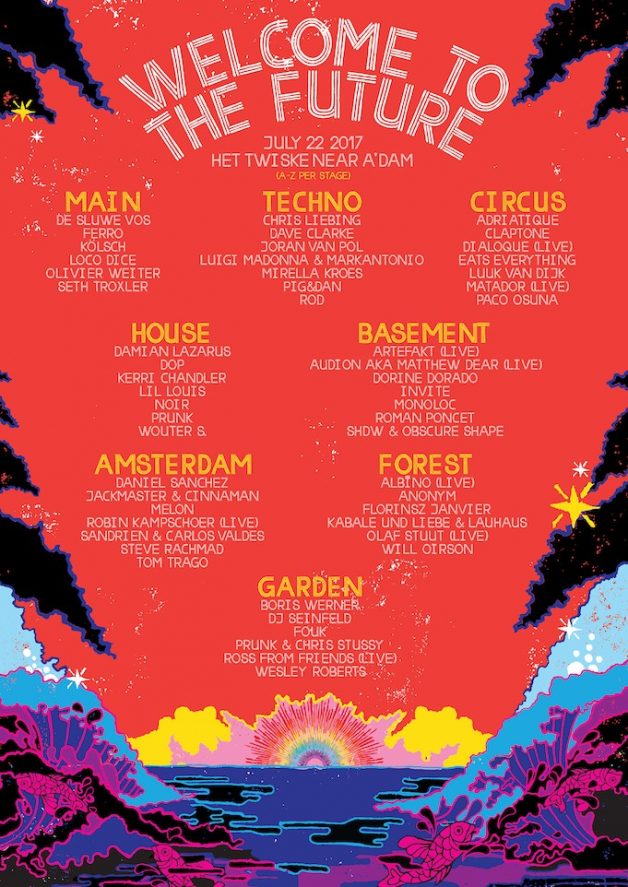