It finally feels like Spring here in Amsterdam, and with a week removed from our Unofficial festival kickoff that was DGTL AMS 2018, we thought we’d take a look at a few of the other festivals we’re excited for through the season of rebirth.

In no order at all, and with no real limitations, these 10 events are on our calendar from now through until the summer solstice. Here, there are massive festivals, conferences, industry staples, local gems, and respected brands all doing their thing for 2018. What Spring festivals are you most interested in attending? 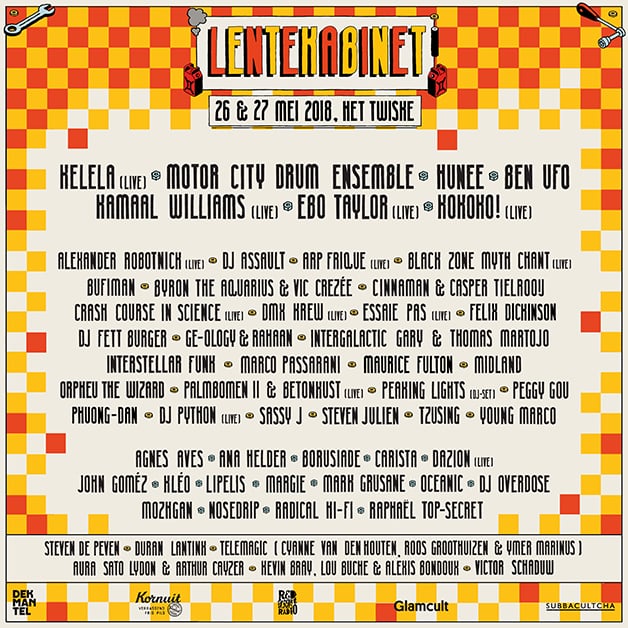 After six memorable editions, the little sister event of Dekmantel Festival, Lente Kabinet Festival has set up a weekender for the first time as 2018’s festival event. With its focuses on avant-garde music and arts set against the stunning natural decor of Amsterdam’s Het Twiske, Lente Kabinet, along with its local partners Red Light Radio, Cineville and Subbacultcha, will see bring the likes of Motor City Drum Ensemble, Peggy Gou, Hunee, R&B singer/songwriter Kelela, jazz-funk hero Kamaal Williams and Congolese street-and DIY artists KOKOKO! and across the 26 – 27 May 2018 weekend
26 – 27 May | Lente Kabinet 2018 | Tickets | Het Twiske 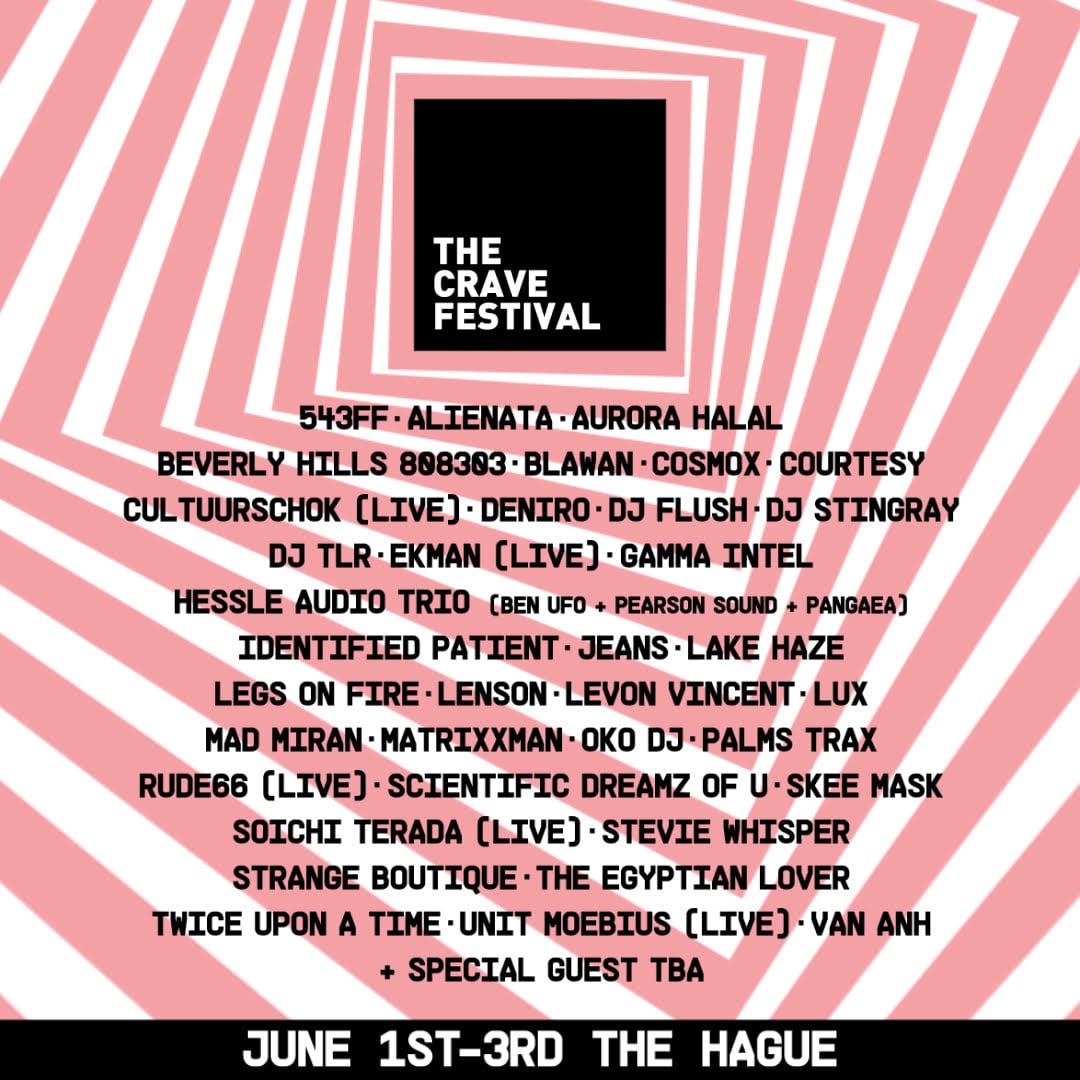 The third edition of The Crave Festival sees the Den Haag based festival expand with an opening night celebration, two after parties and a closing beachside event. With previously confirmed headlining acts Hessle Audio Trio, Egyptian Lover, DJ Stringray and Aurora Halal, a slew of new names have now been added to complete the 1 – 3 June event.
1 – 3 June | The Crave Festival 2018 | Tickets | Den Haag 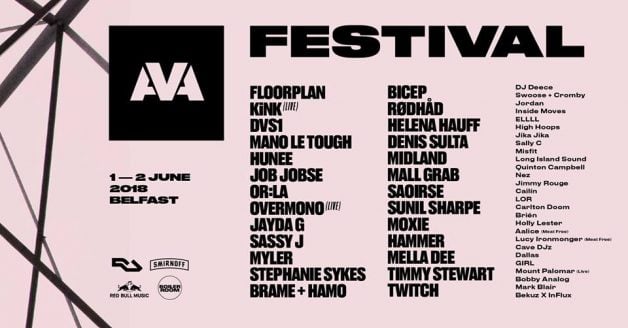 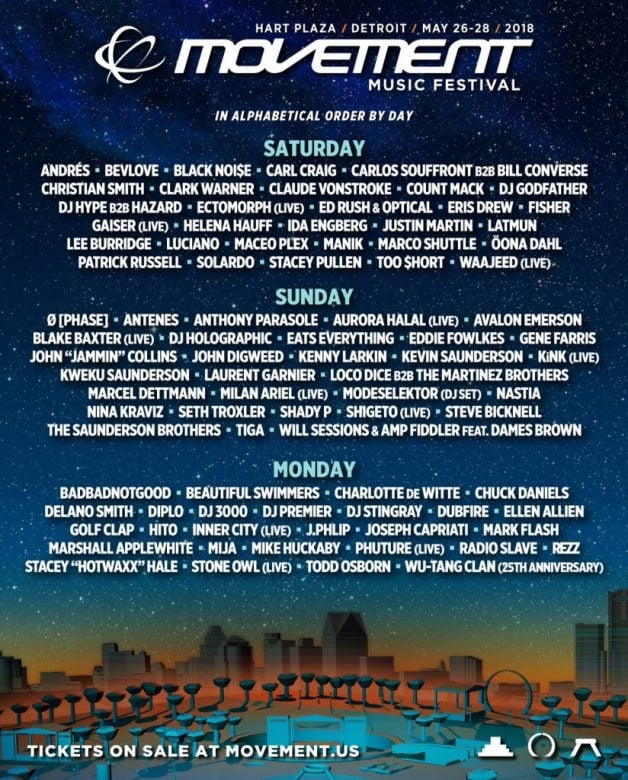 Each year on Memorial Day weekend, thousands of people from across the globe gather in the birthplace of Techno to celebrate the heritage of Detroit and its musical influence over countless generations, new and old. Movement Music Festival is one of the longest-running dance music events in the world, committed to showcasing authentic music and providing an experience unlike any other.
26 – 28 May | Movement Detroit | Tickets | Detroit, USA 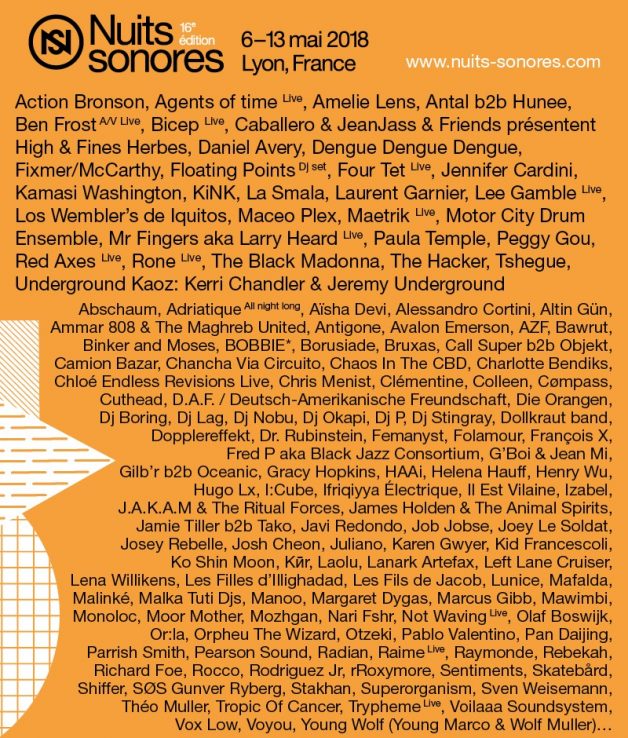 After impeccable impressions year after year, there is simply no other festival around Europe of this size to praise for its re-inventive character and city-inclusive charm, while maintaining its growth, as Nuits Sonores. Just check out the 4 days of curation from the likes of Jennifer Cardini, Daniel Avery, Four Tet, and Paula Temple, and you’ll have an idea what you’re in fo.
6 – 13 May | Nuits Sonores | Tickets | Lyon, France

The likes of Bicep, Dusky, Eats Everything, Huxley, Skream, will join the multi day mid-April celebration that also includes everything the snow and town has to offer. From Snowbombing’s patented Street Party to daily special events, this is the most diverse and exciting Snowbombing to date…and we’l be there on Friday, 13 April.
9 – 14 April | Snowbombing 2018 | Tickets | Mayrhofen, Austria

HER DAMIT is an intricate festival held near Berlin where ex-industrial backdrops, dense woods and an intimate atmosphere ramp up the intensity, while bringing techno-lovers together from all over Europe. This year sees the likes of DJ Boring, Italo Johnson, Kobosil play the bunkers of Freudenberg.
8 – 10 June | Her Dammit Festival | Tickets | Bunkeranlage Freudenberg

The 5 time award winning dance music show, We Are FSTVL has grown year upon year, proving itself as one of the biggest players on the dance festival circuit since its inception in 2013. With the dawn of 2018 heralding We Are FSTVL’s sixth edition, the UK’s most celebrated dance festival (Best Dance Event at 2016’s UK Festival Awards) continues to grow, combining innovative stage designs and mind-blowing production with a varied mix of genres from across the dance music spectrum.
25 – 27 May | We Are FSTVL 2018 | Tickets | London, UK